The near absence of any discussion of the environment in the presidential debates has led me to think about the state of the U.S. environmental movement. In one sense, conservationists in the U.S. should be proud of all that we have accomplished in cleaning up our air and water, restoring fish and wildlife, and increasing consumer demand for environmentally sound products. On the other hand, climate change, ocean acidification, biodiversity loss and other key indicators of environmental (and economic) health are worsening, and the environmental movement has not succeeded in elevating these issues to the top of the national priority list. We in the movement simply need to wield our power more effectively if we are going to achieve needed societal change.

Much has been written on how this might be accomplished. Rather than summarize the literature, I’d like to focus on an exciting development that offers great promise for movement building: the explosion of hands-on habitat restoration and wildlife gardening being carried out in urban and suburban communities around the nation.

In Fayetteville, Arkansas (USA), for example, community volunteers and local officials have committed to provide habitat for wildlife on over 250 sites, including city parks, school yards, backyards, businesses and even wastewater treatment plants. The mayor attends the dedication of every Schoolyard Habitat® and educates school kids about the importance of conserving wildlife. As a result of these volunteer-driven efforts, the National Wildlife Federation has certified Fayetteville as a Community Wildlife Habitat.

I anticipate that many readers of this blog will wonder why I would bring up hands-on neighborhood improvement efforts in a discussion of the environmental movement. After all, the term “movement” implies collective political action, doesn’t it? A search of the 150 most recent U.S. news articles using the terms “environmental movement” and “conservation movement” reveals that this indeed has been the connotation: 91 percent used the term in a political or policy context.

I wonder whether by defining itself in political and policy terms and excluding community cleanups and other hands-on volunteer work, the movement has understated its scope and influence—and perhaps even turned people away. A March 2010 Gallup poll found that the proportion of Americans who were either active in, or sympathetic to, the environmental movement had declined from 71 percent to 61 percent between 2000 and 2010. Those who were neutral toward the movement rose from 23 to 28 percent and those unsympathetic went from 5 to 10 percent. Gallup attributed these changes in part to increased political polarization.

Historian Christopher Sellers reminds us that environmental causes were “extraordinarily popular” in the 1960s and 1970s. Inspired by Rachel Carson’s landmark book Silent Spring, environmentalists rallied suburbanites around excessive pesticides and other direct threats to their personal well-being. Sellers argues that for the environmental movement to regain widespread acceptance, it must return to its suburban roots and refocus on local concerns. According to Sellers, even climate change can be placed in a local context.

I mostly agree, except I think it would be naïve to believe that many of the people who are currently uninvolved with conservation issues will immediately leap into the political fray once global issues are reframed as local ones. A key lesson from the behavioral research is that education on the issues, by itself, rarely stimulates action. Many people fail to take action on the environment despite being both knowledgeable and concerned. Behavioral change typically comes about after an individual completes small first steps and sees positive and concrete outcomes.

This is one of the reasons why I am so excited about the volunteer habitat restoration and wildlife gardening projects that are now proliferating across the country. The actions are very manageable and they produce very tangible outcomes that benefit local quality of life.

One project that impresses me is the recent effort to restore a nature education facility in Atlanta led by the West Atlanta Watershed Alliance, with support from the National Wildlife Federation’s Earth Tomorrow program. The Outdoor Activity Center, sited in one of the largest urban forests in Atlanta, was falling into disrepair when WAWA and Earth Tomorrow volunteers stepped in to remove invasive plants, prepare wildlife gardens, install bird feeders and repair trails and foot bridges. The facility is now providing a site for science-oriented field trips for Atlanta public schools as well as serving as a nature oasis for the local community.

Positioning ourselves for success with wildlife and habitats

As volunteer efforts proliferate, a key challenge for local leaders and their partners in conservation organizations will be to design projects that measurably improve the condition of imperiled wildlife species and habitats. One example of how this might be accomplished comes from the Chesapeake Bay watershed, near Washington, D.C. where I live. In the Oyster Gardening Program, volunteers in Maryland and Virginia sign up with the Chesapeake Bay Foundation (CBF) to grow oysters in rivers and streams in their communities. Volunteers place seed oysters into cages and install the cages at private docks, community piers and marinas. After a year and inch or two of growth, the volunteers return the oysters to CBF, which then plants them in a sanctuary (non-harvestable) reef. As the reef grows, CBF will be able to quantify the oysters’ role in filtering the bay and restoring it to health.

A key focus for the National Wildlife Federation is finding ways to achieve similarly measurable and achievable gains for species and habitats in cities and suburbs. As is the case around the globe, metropolitan areas in the U.S. are generally located in biologically rich locations, with roughly 60 percent of the nation’s imperiled species found there. The urban and suburban residents who are willing to get their hands dirty to improve local parks, school yards and other open spaces will be key to our success in conserving imperiled wildlife.

Over time, as more citizens become engaged in stewarding their local land, water and wildlife and become better connected with conservation organizations, the clout of the environmental movement will grow. For some citizens, a degree of engagement with politics will flow from hands-on stewardship work, since politics can so easily jeopardize hard-won progress. Others may want to focus solely on achieving on-the-ground progress and will want to steer clear of politics. In fact, given the political context in which many people in the U.S. and around the globe operate, this may be the only feasible way to have an impact in the near term.

Conservation organizations should be willing to accept these volunteers and work with them on their terms. If they do, and legions of local stewards become better integrated into the broader environmental movement, the cause of conservation will greatly benefit. 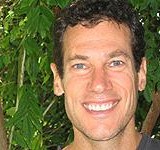 On 29 January 2019, New York City Council held a hearing on a trio of bills collectively known as “Renewable Rikers”. Rikers is currently home to the most infamous prison in New York City—the Rikers Island correctional facility an island penal colony with one lone bridge connecting it to the rest of the City. Introduced by the Council’s Environmental Committee...

3 September 2020 Nature in Cities in a Post-Covid-19 World: Don’t Blame Urban Density in a Pandemic Will Allen,  Chapel Hill

As a city and regional planner by training, I have been alarmed at the tendency to blame urban density (defined as people per square mile) as a primary culprit for New York City’s relatively severe initial COVID-19 outbreak. An epidemiologist...