In August 2009, a fierce rainstorm with high winds tore through New York City, toppling more than 100 trees in Central Park and damaging many others. Adrian Benepe, then Commissioner of New York City Parks & Recreation, said that “It created more damage than I’ve seen in 30 years of working in the parks”. Just eight months later in April 2010, after consecutive days of steady rain had saturated the ground across the region, a brief but heavy windstorm with hurricane-force winds blew through the metro area. The effects were so severe in some places that it looked as if a tornado had touched down. Officials of the local electric power company (ConEdison) reported that the storm damage was the worst in 30 years. Kevin Law, president of the Long Island Power Authority, was reported as saying that the storm was “among the top five or six weather events that have impacted Long Island in the last forty years”.

In the days following the April 2010 storm, the New York City Parks Department found that more than 1,100 street trees had fallen or split, and 25 city parks crews had to be dispatched to investigate reports of trees crashing into 117 homes. By the time the worst of the weekend storm was over, at least six people were killed, countless vehicles and homes were smashed, scores of roadways were left impassable and more than 500,000 homes had lost power, many of which stayed without power for weeks.

Recent projections from global climate models suggest that NYC will be in for more of these intense disturbances (Rozensweig et al, 2009) including more frequent and intense storms. One could reasonably predict that we are in for more built infrastructure damage and more destruction to the critical green infrastructure of the city (McPhearson, 2011). And yet, these storms pale in comparison to the destruction in the last two years caused by Hurricane Irene in 2011 and Hurricane Sandy in 2012. Clean-up costs from Sandy in one park alone, Gateway National Park, totaled US$178 million.

Clearly, nature is not always beneficial.

This blog space has often focused on the benefits of urban nature, described as “ecosystem services”.  Ecosystem services include stormwater absorption, climate regulation, flood prevention, air pollution removal, food and water production, carbon sequestration and storage, recreation, aesthetics, sense of place, habitat for biodiversity and more. But whether mediated by intense storm events such as the series of storms that have hit New York over the last four years, or just a function of natural ecological processes, urban green infrastructure can provide both services and disservices to urban residents. When trees fall during storm events they turn from a service to the city to a disservice.

To date, there is little research on urban ecosystem disservices, yet without taking disservices into account in urban green infrastructure planning, policy and management, we may be inadvertently shifting the balance toward decreased net ecosystem services in the future. For example, tree planting is proceeding rapidly in cities around the world with expected benefits for human health driven, for example, by air pollution removal by urban trees. Yet new research is showing this expectation to be one sided. Trees do not only remove important pollutants from the air (which they do).  Urban trees can also be a source of air pollution.

A recent study by researchers at the Columbia University Mailman School of Public Health and colleagues have shown correlation between the amount of urban tree canopy in New York City and incidence of asthmas, wheezing, Rhinitis, and allergic sensitization to tree pollen (Lovasi et al., 2013). The study used new high resolution land cover data and a study of residents in Northern Manhattan and The Bronx to map a 0.25 km circle around each home to examine the potential relationship between asthma and asthma precursors and tree canopy cover. We already know that trees produce pollen that many residents are sensitive to, causing allergic reactions in residents, and in some cases contributing to asthma.  Lovasi et al. (2013) found that when there is more tree canopy, there is more sensitization to tree pollen.

The assumption in the study is that trees in the area around residents’ homes are producing pollen that causes allergies and also leads to asthma symptoms. For each standard deviation increase in canopy cover, researchers found an overall 43% increase in allergic sensitivity. Overall, respiratory health seems to be clearly negatively related to increasing amounts of tree canopy cover. In this case, leaving storms and natural disasters aside, urban green infrastructure can be a disservice.

I don’t want to oversell the results of the Lovasi et al. (2013) study, since it is a study of a single area within a single city, and there is not enough data to draw causality between specific NYC trees and asthma sufferers in The Bronx and Northern Manhattan. As the authors note, “Future research should examine spatial variation in tree species, pollen exposure, and air quality and their link to health across diverse populations and geographic settings.” However, we clearly need to think more about both ecosystem services and disservices and how to mange ecosystems for a net positive affect on human health.

Colleagues in the Urban Biodiversity and Ecosystem Services Project have started looking more closely at services and disservices of green infrastructure in urban landscapes. In a recent literature review on the topic, Gómez-Baggethun and Barton (2013) summarize a number of urban ecosystem disservices. Ecosystem disservices of urban trees alone can include emission of VOCs and pollen, habitat for insect pests, destruction to pavement and sidewalks, falling limbs, which can be a hazard for pedestrians, and expensive maintenance for city parks managers.

I don’t want to suggest that trees are terrible for cities. On the contrary, my hunch is that we’ll find that the benefits ultimately outweigh the costs, but we need more research. Urban ecosystems provide a long list of benefits. For more information start with the excellent literature review at Green Cities: Good Health on the benefits of urban green infrastructure for human biophysical and mental health, crime reduction, and more.

What I do want to suggest is that urban ecosystems provide us with both services and disservices, but the balance sheet is poorly calculated on both sides, perhaps more so on the disservices side. We need better environmental accounting to truly understand the costs and benefits of urban nature. This blog space has championed, and rightly so, the benefits of urban nature for human health and well-being (among other benefits), as I have in other places. The increasing articulation of urban nature benefits is in part to generally raise awareness of the urban nature we live amongst, and also to highlight the economic and non-economic value that urban ecosystems provide to our daily lives.

However, if we are planting millions of trees in our cities, or in the case of NYC, spending over US$1 billion dollars on green infrastructure improvements, we need to do this in ways that maximize the positive impacts on human health and well-being while minimizing negative impacts. This is fundamentally impossible to get right until we have a clearer, more robust view of the full landscape of ecosystem services and disservices.

For example, in the case of tree pollen and allergy sufferers, we could study which tree pollen sources cause the most allergic sensitivity to urban residents and plant fewer of these particular tree species. Or, we could manage tree planting so that trees that are most problematic are not planted in high population density areas or areas with the highest density of allergy or asthma sufferers.

Conversely, we also need more detailed knowledge on the benefits of urban green infrastructure. For example, not all urban residents have the same access to benefits of urban ecosystems and addressing this inequity is crucial. Big Data could go a long way toward provide greater transparency in the social and ecological relationships associated with urban green infrastructure, but municipal and state governments have to do a better job of opening the data vaults.

Fundamentally, what is needed to improve urban policy, planning, and management in this area are models that can help us evaluate the value of urban ecosystems taking into account as much information on services and disservices as research can provide. One of our greatest challenges now is to take what we have learned from recent research and expand it, while developing predictive models that can help us forecast the services and disservices of ecosystems, since ecosystems are dynamic and change over time.

How will all this investment in urban green infrastructure ultimately affect urban residents?

Will we find that a narrow focus developing new urban green infrastructure designed to maximize stormwater absorption or heat island reduction through tree shading leads to increases in asthmas rates, or some other disservice?

Not if we can get out in front of the planning with better data and complete models on both services and disservices. We have a great opportunity, perhaps even urgency, to not only improve urban ecosystems by restoring and expanding them, but to do so in ways that maximize the services while minimizing the disservices.

For The Nature of Cities 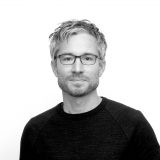 About the Writer:
Timon McPhearson

Dr. Timon McPhearson works with designers, planners, and local government to foster sustainable, resilient and just cities. He is Associate Professor of Urban Ecology and Director of the Urban Systems Lab at The New School and Research Fellow at the Cary Institute of Ecosystem Studies and Stockholm Resilience Centre.

The skin of the city shifts. Waves of residents come and go; meanings vanish. The longer I live here, the more I feel like I am a creature of many phantom limbs. Hungry, I walk to Jimmy’s hoping for fish and a chair to eat it in, but it is gone. In its place, a bodega expanded into a head...

I like to simplify what constitutes urban nature in a given area. I therefore thought it might be interesting to provide an overview and to ask whether anything is missing, or erroneously included. This article expresses my view of the...