I am currently typing away at a hairdresser in Tarragona, in Spain, while my wife receives a pre-wedding facial. That is the reason for our presence in Spain. Our families will soon descend on a tiny village in the mountains of Catalonia, from South Africa and Japan. This background information is my partial justification for writing about that iconic city located nearby my current location, and likely well known to you the reader, at least in name: Barcelona.

Through my work on local governments and biodiversity through ICLEI’s Local Action for Biodiversity (LAB) Programme, I have had a long history of contact with Barcelona biodiversity officials. Due to my sister’s residence in nearby Tarragona I have also had the fortunate occasion to visit several times. More recently, through the Global Partnership on Local and Subnational Action for Biodiversity, I have also been able to glimpse the workings of the Autonomous Region of Catalonia, the subnational government that contains both cities. Despite having travelled fairly extensively over the past few years, I have been unusually impressed by the way Barcelona works in terms of biodiversity management. That’s the other justification for writing about this city.

Barcelona is an example of a city that blossomed as a result of a major event—the 1992 Summer Olympic Games, which it was selected to host after losing out to Berlin back in 1936. An Indian colleague of mine remembers visiting it as a little city on the Mediterranean when he attended the Games, and was astonished at its growth when he visited again in 2013. Indeed it is one of Europe’s few cities with a population of over 1 million people. The size and the rate of growth of Barcelona place unique challenges on it, comparable in some ways to those of developing countries. Nevertheless, biodiversity management seems to have grown in status rather than shrunken. Biodiversity colleagues of mine from the City have received pay cuts as a result of the financial crisis that has hit this country so much harder than others, but they remain optimistic, proactive and innovative.

What I find fascinating about Barcelona is the way in which its history seems to have affected its present. It is the capital of the quite fiercely independent Catalonia and that must define it to some extent. But it is its spirit of creativity that sets Barcelona apart from almost any other city I know. That spirit is virtually synonymous with the name of artist/architect Antoni Gaudi, although his contemporaries, such as Montaner, probably deserve more than the mention I am able to afford them here.

Gaudi is best known for his design of the phenomenal Sagrada Familia, a structure still under construction a hundred years after the first brick was laid and paid for entirely through donations, and various other sites around this city. It is fairly well known that Gaudi drew much of his inspiration from nature, which was one of his great passions in life, and this is clearly evident in his works. The spiral of a snail’s shell, the undulations of a leaf, the distinctive shape of tree trunks, these and many other natural phenomena were used to great effect in his work for the purposes of aesthetics, function, and, as he put it, “joy”. Some of his greatest inspirations, apparently, came from the great outdoors such as visits to the caves of Mallorca and Collbató, and the Prades Mountains. He used to say that there is no better structure than the trunk of a tree or a human skeleton. These forms are at the same time functional and aesthetic, and Gaudí discovered how to adapt the language of nature to the structural forms of architecture.

Gaudi is responsible for a plethora of Barcelona’s major tourist attractions and local pride. It puzzles me, therefore, that his work has not been more widely and thoroughly emulated because it is so wonderfully elegant; so practical. Not only his emulations of nature in design, but the aesthetic effects he achieved by, for example, darkening the color of the tiles on the upper walls of Casa Batllo to balance the dimmer light low down; the many ventilation systems that he built into his works.

This history blends into, and complements, Barcelona’s modern biodiversity efforts. Park Güell is one conspicuous example—visited for Gaudi’s architectural spectacles but a park nevertheless, with more greenery than concrete. Another is the Sagrada Familia itself which, when last I spoke to Barcelona colleagues about it, was home to one of the few pairs of peregrine falcons that the city’s biodiversity staff are trying to preserve. In another sense, Gaudi’s creative spirit may have contributed to some of the many biodiversity initiatives that the City continues to implement, despite hard financial times and a change in local government’s ruling party.

Most recently, Barcelona has produced a “Green Infrastructure and Biodiversity Plan”, which strategically focuses on the ways in which biodiversity and development can coexist. What might sound insignificant, but what I consider the most important part of this plan, is the way it is presented—more illustrations than text, and with artists’ and architects’ impressions of what certain parts of the city could be like if they were greener. It is one of the few documents of its type that I know, which draws the reader in asks for the page to be turned.

The term “green infrastructure” is used in the document to refer to a life support system that carries out the vital role of enhancing the operation of a city and that of other infrastructure. “The network”, as explained in the Plan, “of public and private areas with natural, agricultural and landscaped vegetation provides a host of ecological, environmental, social and even economic services.” As with an increasing number of other such plans in other forward-thinking cities, there is a strong focus on how these services benefit the City and its citizens. Considerable attention was paid to the benefits provided by different sites, depending on their characteristics (for example, a private garden or a forested area).

Although City biodiversity staff admit there is room for improvement, as demonstrated by the lack of green in many of the plazas that dot the city, and indeed others in Catalonia and Andalusia (the only two parts of Spain that I have visited), a major focus of the green infrastructure idea is to complement existing infrastructure with green elements such as the tree-lined streets that connect these plazas. That itself is a product of cultural heritage but one that biodiversity staff in the city are seeking to re-direct. It is an inspiring read, even if one does not go through the text.

It is not certain to what extent the Gaudi legacy affects the biodiversity planning of Barcelona. But biodiversity planners in the city certainly seem proud to be associated with him through their mutual home. It would also be wrong to credit a city’s uniqueness and importance to one person, but Gaudi was one of those special individuals who set a shining example for others to follow. It is often said that case studies are an important way of guiding best practice.

I agree, but I also think there is much that can be done to improve the way in which these case studies can be shared—beginning with design of the way they are presented. This is one of the focuses of my work—and that of many other contributors to this form: to enable examples to be set internationally and locally. Barcelona is an eye-opening showcase of design innovation, and a model both for how a person can influence a city, and the potential that a city has to influence other cities. 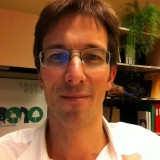 About the Writer:
Andre Mader

Andre is a conservation biologist specializing in subnational implementation of the Convention on Biological Diversity, seconded to the Secretariat for a third year by ICLEI. FULL BIO


Designing for resilience is a complex undertaking. As David Maddox states in The Nature of Cities Global Roundtable, “to design for resilience suggests we can identify it, plan for it” and that “It’s a steep challenge, community by community”. Identifying,...

Also available at iTunes. Story Notes: Andy Hernandez walked into Washington Square Park on a sunny afternoon in 1981 with a cameraman, a boom box, and a mandate to make a music video for a medley of new songs by Kid Creole...

In cities throughout the United States, thousands of people are gearing up for another busy summer of growing vegetables in community gardens and caring for street trees planted along the sidewalk’s edge. Self-organized, volunteer-based, and focused on improving both communities...