The concept of values is frequently brought up in relation to environmental issues, and discussions about urban nature are no exception. In particular, values are frequently at the heart of dialogue about urban ecosystem services, especially in relation to economics and monetary valuation. This was demonstrated by the recent ‘roundtable’ discussion on this blog site.

I believe that understanding what people value in urban environments, and why, is fundamental to achieving sustainable and biodiverse cities. However, much of the work on urban ecosystem services has failed to explore the breadth and depth of the concept of values. In this post, I outline how taking a ‘values based’ approach to urban ecosystem services studies can complement current research efforts and provide new insights into how to plan and manage urban ecosystems. Focusing on what urban residents ultimately care about can help identify the synergies and tradeoffs between environmental objectives and other land use priorities. This information can in turn be used by managers to direct biodiversity actions and messages in ways that will enhance social receptivity.

In February, I was part of a book launch here in Melbourne of the Cities and Biodiversity Outlook global assessment of urbanisation, biodiversity and ecosystem services. Australian journalist Virginia Trioli who facilitated the public event took a profound disliking to the term ‘ecosystem services’. Although it is often considered a useful term that can help bridge the divide between science and society, she considered it to be a piece of unnecessary jargon and difficult to understand. She preferred to rephrase ecosystem services simply as “the good stuff we get from nature”. It seems the concept of “goods and services” may not resonate as strongly with many of the public as we ecologists first thought. So what exactly is the “stuff” that we get from urban nature, and why do we think it’s good?

Using the language of “goods and services” itself can undermine the importance of threatened species or other culturally relevant places, which often don’t contribute tangibly to human wellbeing. Rather than lumping all the intangible concepts such as these into the category of “cultural ecosystem services”, what would it look like to start from the place of understanding values? Recognising the functions and features of ecosystems that people think are important will help us to know when it’s appropriate to apply monetary values and why different values are assigned by different people.

A recent project conducted by our research group has looked at the study of social values and activities for green open spaces (parks and reserves) in the Lower Hunter region of NSW, Australia. It is an area of rapid urban growth, alongside increasing coalmining activities and traditional agricultural land uses. We used Public Participation GIS methods (Brown, 2012) to ascertain the kinds of values and activities people considered to be important in different green spaces within their suburb. This entailed distributing paper maps to local residents along with a set of stickers that corresponded to different values and activities. Survey participants placed these sticker dots on the map to show which places within their local area they valued for different reasons (see the map below for an example of a completed map). The abundance of different kinds of dots can be seen in the following histogram.

It is clear that people assign many different kinds of values to urban parks, both positive and negative. Each of these values might theoretically contribute to the economic value of a park, but many may be considered incompatible with economic valuation. It is important to recognise that different places will have different values assigned to them (scenic values are typically higher in parks near to water), but also that individual people will assign multiple values to the same place.

Values that people assign to places are influenced by underlying values

Research has found that the values people assign to different places are influenced by both the characteristics of the place and characteristics of the person (Seymour, Curtis, & Pannell, 2010). One of the factors that has received relatively little research is underlying human values. Underlying values are desired end states or modes of conduct (e.g., social justice, integrity) and have been the subject of psychological studies for many years. Some studies have found that underlying values related to the environment can be grouped into three categories: biocentric (nature-centred), social-altruistic (other people-centred), and egoistic (self-centred)(Dietz, Fitzgerald, & Shwom, 2005). In a 2013 study conducted here in Melbourne, Dave Kendal (from the Australian Research Centre for Urban Ecology) and myself found that these kinds of underlying values were related to the specific values people assigned to peri-urban landscapes (e.g. food production, biodiversity conservation, cultural heritage)(Ives & Kendal, 2013).

The relationship between underlying human values and assigned values (those specific to a place or landscape) is very important when considering how to promote nature in the city. Although sustainability and biodiversity conservation are important issues for many people, the matters that are of greatest value to people are generally not environmental. This was highlighted by a recent study into the issues considered most salient to Australians. In this study of over 1500 respondents, the three issues that most concerned the Australian public were food & health, local crime and public safety, rights to basic services.

Knowing the priorities of the general population is a useful way of connecting the composition and function of natural areas in cities to the matters that concern people the most. Economic valuation of green spaces and biodiversity may not always be the most effective way of promoting ecosystem services. Based on the above results, communicating the health benefits of urban nature may be the most persuasive argument for promoting ecosystem services. Conversely, if nature parks are seen to compromise the safety of urban areas, this may thoroughly undermine any other conservation or environmental quality benefits.

When seeking to enhance urban nature, the sheer number of people in cities means that social values need to be a central part of research and management. There are many benefits from such a values-based approach. First, understanding the different values people have for different areas can help in identifying potential conflict over the uses of spaces. For instance, knowing that some people value an urban park for mountain-biking and others for reflective walking means that conflict over a space might ensue. Alternatively, understanding the kinds of activities that people value in nature reserves can help manage human impacts when outright exclusion of people is unfeasible. Information on actual biodiversity within cities can also help to identify whether people’s values match ecological reality. A good example of this is provided by Amy Whitehead and collaborators in their 2014 study conducted in the Lower Hunter valley in Australia (Whitehead et al., 2014). In this study, they identified some areas in the landscape that were of ecological significance yet were considered by the community to be of low conservation value, while others were considered to be of significant conservation value yet possessed fewer important species.

Understanding values can also help managers communicate the importance of ecological systems and target the benefits of urban ecological systems directly to different people. This may include highlighting the monetary savings from tree shade for those who value economic efficiency, cultural benefits of social interaction for those who value social wellbeing or environmental protection for those who value biodiversity itself. Further, knowing how people value different natural areas in cities can help planners to provide a diversity of places that meet the needs of local residents. Some scholars have argued that people require a “portfolio of places” for their fulfillment (Swanwick, 2009), and such a portfolio is likely to be affected by socio-demographics (e.g., age, life stage), as well as individuals factors like a person’s underlying values.

Adopting a values-based approach to understanding urban ecological systems will challenge how land use and environmental management decisions are typically made. Rather than fitting the importance of urban nature into current paradigms of decision-making (often based on economic values and balancing fiscal budgets), public values can be used as a way of engaging people in the decision-making process of our cities. Beginning with an understanding of what people value and why, urban nature can be embedded more closely into the life of a city, rather than being presented as an alternative issue that only resonates with the environmentally conscious few. 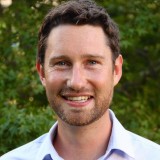 22 October 2017 How Can Religion Help in the Pursuit of Urban Sustainability? Chris Ives,  Nottingham

Increasingly, urban nature is viewed not only as a scientific, technological or design issue, but a moral one. The recent TNOC roundtable “Ecosystems for everyone” rested on the assumption that provision of and access to ecosystem services and urban nature is a “moral imperative”. Indeed, Steward Pickett began his contribution with the statement “The availability of ecosystem services for everyone...

21 October 2019 Can Artistic Knowledge Bring Us Closer to Encountering the Co-influence of all Living Organisms? Audrey Yeo,  Edinburgh

“the knowing self is partial in all its guises, never finished, and can thus only develop in combination with others.” — Donna Haraway in Situated Knowledges: The Science Question in Feminism and the Privilege of Partial Perspective, p586 I grew up...