The recent World Health Organisation (WHO) report on Ambient Air Pollution for 2014 showcases a variety of alarming results: across 1600 cities from 91 countries, and covering the period from 2008 to 2013, the cities with the lowest levels of urban air quality in the world lie in India. Delhi ranks as the worst globally for the highest measurement of fine particulate matter, PM 2.5 (smaller than 2.5 microns) of 153 micrograms (one-millionth of a gram) per cubic meter of air. For particulate matter with less than a 10 micron-meter aerodynamic diameter, PM 10, the cities of Gwalior, Raipur and Delhi rank amongst the highest in the world.

These are startling results, which corroborate the anecdotal evidence that populace in Delhi are beginning to experience through the deteriorating respiratory health especially of babies and infants. There have been a range of official reactions to this statistic, including suggestions that pollution levels are being overestimated. Irrespective, the fact that air pollution in Delhi is a growing and serious problem is unambiguously understood and acknowledged by a range of experts. The graphic below shows that Delhi’s air quality is now even worse than Beijing’s, a city which has battled with high pollution levels in the last decade. It is imperative that we unveil the reasons and analysis behind Delhi’s pollution puzzle — an issue that is slowly gaining relevance amongst the government and civil society.

Vehicular pollution, industrial pollution, waste burning, and construction-sector related activities are all important pollutant sources for the city — in spite of the often held belief that the transportation sector in itself is the only major contributor to Delhi’s pollution problem.

The pollution problem is also tied in with the energy crisis that the city faces. The production of power is outpaced by its demand from Delhi and its suburbs’ rising energy needs as a result of rapidly developing infrastructure, large real estate investments of commercial complexes, hotels, malls, hospitals and high-rise residential buildings. The inability of the grid to currently meet this demand coupled with the customer ability to pay for high-end, modern working and living conditions has resulted in a proliferation of diesel generators that provide electricity often to entire neighbourhoods in the city and its vicinity. The combustion from diesel is a significant source of ambient air pollution which the residents are increasingly inhaling. Further, the burning of post-harvest rice stalks from surrounding states is another reason for the smog that permeates Delhi during the winter time.

While the knowledge of these various sources exists, there is a limited understanding about the details of pollution source apportionments and their changing nature. Over the last decade various policy drivers have contributed to a shifting pollution load. While the relocation of industry to the outskirts of the city after Supreme Court orders temporarily cleared up the air, industry surrounding the city is still a significant source of pollution. The benefits of the switch to CNG-based vehicles about a decade ago too have now diminished with the large increase in the number of vehicles on the road in the duration since the policy change. A re-evaluation of the different sources and their weighted contributions to Delhi’s air quality is required to map out the extent of the pollution conundrum at hand.

Creating such a source-apportioned map however requires a rigorous database to work with. The National Ambient Air Quality Monitoring Programme reports air quality data from manual stations. As per the 2011-12, there were 523 operational stations and 700 sanctioned stations, and a Continuous Ambient Air Quality Monitoring Programme which consists of 16 stations. The data generated by these stations are disseminated online to the public. For automatic stations, the Central Pollution Control Board allows a real time data search, which can be used for downloading time-weighted average data for a number of intervals less than 24 hours. Currently, this is linked to 38 stations across the country although data is only available from 23 stations. Various degrees of analysis exist using these readings, particularly for major cities in the country. However, the lack of protocols for standardised data collection and monitoring have resulted in a fragmented database which make it difficult to draw long-term results with confidence. Further, the capacity for real-time data monitoring is heavily skewed towards urban centres, with little data collection taking place in rural areas – the latter of which are estimated to have pollution levels which are as high as urban areas if not more.

It is not unusual to slip into a comparison between Delhi and Beijing, the latter which until recently bore the burden of being the most polluted city in the world. There is an interesting and stark difference between the two cities though in terms of the response to this statistic. In Beijing, the deteriorating air quality became a central issue for the outcry from civil society ultimately leading to the reforms currently put in place. By contrast, the concern by Delhi’s inhabitants has at best been meek. Air pollution has a different place in the hierarchy of problems faced by the two geographies, and in Indian cities such as Delhi, the issue is slotted amongst other more immediate urgencies such as the availability and governance of electricity and water; waste disposal; other health concerns including sanitation; and crime. The city’s deteriorating air pollution and its grave health impacts have consequently failed to mobilize the kind of public outcry and response that could have been expected.

Breaking this gridlock of apathy will require undertaking rigorous data assessment and monitoring of pollution levels and their associated health impacts — a database that at present remains fragmented. The response from the government itself has been mixed, with some immediate responses critiquing the WHO report for incorrectly representing Delhi’s pollutant levels as opposed to thinking ahead to the solutions required for what is clearly a serious health concern. According to the Public Health Foundation of India, exposure to fine particulates on a sustained basis can cause a range of upper and lower respiratory ailments, including chronic bronchitis, chronic obstructive pulmonary disorder, and acute lower respiratory infections. World Bank (2012) estimates show that exposure to PM is estimated to contribute to over 100,000 premature deaths annually in the country. Additionally, high levels of ambient air pollution result in over 48,000 new cases of bronchitis every year and approximately 370,000 hospital admissions.The lack of widespread awareness of the health-impact assessments from high pollution levels has prolonged the public apathy within the city.

Turning back to China’s case provides some examples of the steps which can be taken to tackle air pollution. China announced setting a budget and targets for air quality improvements and ten national-level measures, some of which are: reduced emission of multi-pollutants; promotion of industry upgrades and restructuring; acceleration of companies’ technology upgrading; acceleration of energy restructuring; enforcement of energy-saving and environmental protection in market entrance requirements; application of market-oriented instruments and environmental economic policies; establishment of regional collaboration mechanisms; establishment of monitoring, alerting and emergency response systems for air pollution episodes. A third of air pollution in Beijing is calculated to come from vehicle exhaust fumes and to tackle this China plans to remove six million vehicles that do not meet exhaust emission standards and strength control on gas and diesel vehicle emissions.

As India gathers expertise to address its own air pollution concerns, there are a number of recommended actions, analogous with working towards increasing political will and decreasing public apathy. Understanding the impact of ambient air particulate pollution on health — as it stands in different cities — and communicating these results so that they are part of the larger citizen consciousness is essential to an ownership of the city’s health by its inhabitants. Pollutant thresholds and standards for vehicles, industry, waste management and power plants are to be re-examined with a built-in framework for regular updates, and monitoring and evaluation of the policies and standards.

Nature-based solutions such as incorporating urban green spaces into city planning are also important for a longer-term maintenance of air quality. Rural monitoring stations to enable informed policy making for non-urban areas are equally essential. The effort will need to involve a cross-ministerial intervention, spanning officials from environment, health, transportation, industry, and energy-related ministries. A concerted government, scientific and civil society push can change the quality of air — and life — for all of Delhi’s residents. In spite of this being an environmental-health hazard which cuts across the categories of class and location amongst others, the perceived indifference to the issue is unfortunate. One hopes that the efforts being taken in this direction will lead to a larger coordinated effort for a more liveable city. 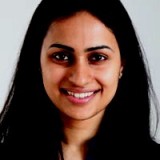 About the Writer:
Radhika Khosla

Radhika Khosla is a Fellow at the Centre for Policy Research in New Delhi. She works on energy efficiency, with a focus on the buildings sector and its broader linkages to energy and climate change in India.

This marks the fourth year that my partner Suhee Kang and I have been studying, working with, living with, and learning from individuals in East Asia and the U.S. who are at the forefront of the sustainable (agri)culture movement. During this time, our primary goal has been the making of a documentary film, “Final Straw: Food, Earth, Happiness”. The film...

26 March 2018 Protecting More with Less: More Nature in Cities with the Science of Strategic Conservation Will Allen,  Chapel Hill

Not long ago, cities and nature were usually seen as two separate things. Thankfully nature and cities are now being acknowledged as inextricably linked, and an exciting and expanding movement is emerging to invest in green infrastructure that helps make...

A review of Urban Nature: Poems About Wildlife in the City. 2000. Edited by Laure-Anne Bosselaar. Milkweed Editions, Minneapolis. ISBN: 1571314105. 265 pages. Buy the book. How can poems advance our understanding of nature in cities? If cities themselves are...