The international conservation movement traditionally has concentrated on protecting large, remote areas that have relatively intact natural ecosystems. It has given a lot less attention to urban places and urban people. About ten years ago, four of us long involved in IUCN, the International Union for Conservation of Nature, set out to correct this.

The four of us were Jeff McNeely, longtime IUCN Chief Scientist and author of numerous scientific publications on nature conservation; Adrian Phillips, a former chair of the IUCN World Commission on Protected Areas and IUCN Program Director; the late John Davidson, co-founder of Britain’s pioneering Groundwork urban regeneration program; and me, a political scientist and former U.S. career diplomat and chair of the then IUCN Commission on Environmental Strategy and Planning.

We decided to focus our attention on urban nature reserves, especially those fitting IUCN’s definition of “protected areas,” which is also used by the UN: “a clearly defined geographical space, recognised, dedicated, and managed, through legal or other effective means, to achieve the long-term conservation of nature with associated ecosystem services and cultural values.”

In addition to providing guidance on managing urban protected areas, our book takes a strong stand on their importance. We believe they are important for two reasons. First, a reason that has now become obvious: regular contact with nature is good for people. Second, a reason that has not been as obvious: urban people are critical for nature conservation nationally and globally. Conservation depends on support from urban voters, urban donors, and urban communicators. In a rapidly urbanizing world, people tend to have less and less contact with nature. People will value nature only if they care about nature where they live.

We use the term ”urban protected areas” to mean protected areas in or at the edge of larger population centers. A more detailed definition is given in the book, but two points need mentioning: First, conventional urban parks, with lawns, flowerbeds, playgrounds, and sports fields, are not considered to be urban protected areas, although such places can be very useful in sustaining native animal species and connecting natural areas. Second, there are no limits as to size or location of such protected areas, as is made plain by examples in the book.

The Index of Naturalness developed by the Spanish biologist Antonio Machado is useful in describing the condition of natural and quasi-natural areas in urban settings. On a scale of zero to ten, with zero representing an artificial environment and ten representing the opposite extreme of a (now nonexistent) natural virgin system, most conventional urban parks would fall under point 3 on the scale, while the urban protected areas described in our book would generally fall between 8 and 6, and parts of them may fall under 9 or 5.

Urban protected areas have no formal recognition internationally, nor is there a global inventory of urban protected areas. The World Database of Protected Areas (WDPA – managed by the United Nations Environment Programme’s World Conservation Monitoring Centre) includes many such areas, but does not identify them separately (although maps on WDPA’s interactive website are helpful in identifying protected areas in and near urbanized places).

Urban protected areas can be managed by national governments, state or provincial governments in federal systems, local governments, nongovernmental organizations, local community groups, or businesses. Again, examples are given in the book.

How urban protected areas are distinctive

Urban protected areas are distinctive in several ways. They:

—Receive large numbers of visitors, including many who visit frequently, even daily. Many of these visitors lack experience of wilder forms of nature. They tend to be much more diverse ethnically and economically than visitors to more remote protected areas.

—Are threatened by urban sprawl and intensification of urban development.

—Are disproportionately affected by crime, vandalism, littering, dumping, and light and noise pollution.

—Are subject to such urban edge effects as more frequent and more severe fires, air and water pollution, and introduction of invasive alien species.

Kingston, Jamaica (580,000): Blue and John Crow Mountains National Park (Category II, 580,000 ha). Protects wet tropical forests that are habitat for diverse wildlife and a key source of water for cities and agriculture. Managed by an NGO, the Jamaica Conservation and Development Trust, under contract with the national government.

London, United Kingdom: London Wetland Centre (Category IV, 42 ha). A “re-creation” of wetlands along the River Thames. Created and managed by an NGO, the Wildfowl and Wetlands Trust.

Providing access for all; reaching out to diverse ethnic groups and the underprivileged. This includes accommodating disabled people, choosing words and symbols for compliance signs carefully, and using a range of languages in signs and publications where appropriate. It also includes encouraging direct public transportation, supplying transportation if necessary, providing well-mapped and clearly marked trails, and making bicycle routes and rentals available where possible.

Engendering a local sense of ownership. To promote appreciation of their protected area among local residents, managers should draw on writers, artists, and other creative people and their works and ideas that relate to it. They should promote appreciation of their area’s cultural, as well as natural assets. Making facilities available for events of governmental agencies, NGOs, and businesses helps build good relations with these organizations.

Demonstrating, facilitating, and promoting good environmental behavior. Urban protected areas offer opportunities to reach large numbers of people with information about the causes and consequences of climate change and demonstrations of energy efficiency; energy and water conservation; and reduction, reuse, and recycling of materials.

Demonstrating, facilitating, and promoting health benefits of contact with nature and good eating habits. Urban protected areas have an important role here. Spending time in nature improves physical and mental health. And rather than selling conventional fast-food items, restaurants and cafés in these protected areas can set an example by making available nutritious, local, and sustainable fresh food to visitors.

Preventing littering. Littering is a perennial problem in many urban protected areas, with their large numbers of visitors, many of whom regard these places as extensions of the built environment. Managers should draw on the results of local research on littering behavior. However, certain measures apply everywhere: cleaning up litter frequently and consistently, providing plenty of containers for trash and cigarette butts, and informing visitors of the importance of and reasons for not littering.

Reducing human-wildlife interaction and conflict. Although conflict between people and wildlife can occur almost anywhere, dense human populations near urban protected areas increase the likelihood of such encounters. Predators are of particular concern. Managers should help people protect themselves from predators and seek to maintain a balance between predators and their wild prey. Public education has a key role. Keeping habitat as natural as possible helps control emerging zoonotic diseases, that is, diseases transmitted between other animals and humans.

Controlling invasive species. The main pathways by which invasive alien species invade new territory are urban: seaports, river ports, airports, rail and truck yards, plant nurseries, and gardens. Urban protected areas can be both facilitators and victims of such traffic. Managers should survey their lands and waters regularly to detect new invasions; and participate in local and national partnerships for prevention, early detection, eradication, and control.

Controlling encroachment. Although illegal building in protected areas is usually associated with the poor, offenders in urban protected areas can also be wealthy and politically well-connected. Managers should prevent and control all encroachment by keeping vigilant, enforcing the law, seeking help from local authorities, and enlisting the cooperation of local people. 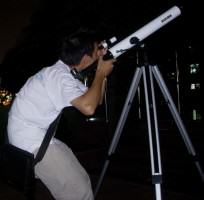 Reducing impacts of noise and artificial nighttime light. Noise, defined as unwanted sound, and artificial nighttime light can be problems in any protected areas, but those in urban settings are especially vulnerable. Humans and wildlife are both stressed by noise from visitors, road and rail traffic, aircraft, and other sources. Artificial nighttime light interferes with organism and ecosystem function, impedes visitors’ enjoyment of the nighttime sky, as well as astronomy, and can intrude on appreciation of cultural heritage sites in their authentic state. Some urban protected areas are making progress toward protecting natural soundscapes and the nighttime sky by developing indicators and standards, educating visitors, enforcing regulations, and working with local authorities and businesses in adjoining communities.

Cooperating with institutions that have complementary missions. Educating young people about nature through visits of school and youth groups is a core mission of almost all urban protected areas. Another set of connections is less obvious. Typically there are several kinds of museums and similar institutions in metropolitan areas aimed at educating and sensitizing people to the natural world, but these institutions rarely work together. Managers of urban protected areas should encourage natural history museums, science centers, zoos, aquariums, and botanic gardens to provide information and exhibits about nature and conservation challenges in their regions and cooperate toward that purpose. This can start with cross-promotion. For example, a museum can provide visitors with information about natural places to visit nearby, and exhibits in protected areas can direct visitors to museums.

Other problems especially relevant to urban protected areas include fire, crime, vandalism, flooding, and air and water pollution. Other opportunities include training urban teachers, taking advantage of highly motivated and well-educated urban volunteers, and cooperating with urban universities. These are all discussed with examples in the Urban Protected Areas volume. 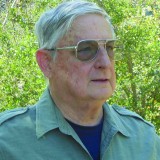 About the Writer:
Ted Trzyna

Ted Trzyna cofounded and chairs IUCN's Urban Specialist Group. He is president of InterEnvironment Institute, an affiliate of Claremont Graduate University in California.


The escalator that stretches from Victoria Harbour in central Hong Kong to the high-priced mid-levels neighborhood accommodates approximately 70,000 commuters daily. Surrounded by tall buildings, you would not at first glance expect to find much in the way of life...

The Nature of Cities website has advanced the understanding of cities as both harbors for biodiversity and as places where there are many opportunities for natural habitats and ecoservices. Steadily, ecological scientists and practitioners are restoring habitats within the world’s cities. Ecological restoration is not just for the “wild” lands where people go for their holidays; it is for where we live...

Today’s post is offered as a celebration of some of the content from 2015—a taste…a combination of TNOC writing from around the world that is a combination of diverse, widely read, a novel point of view, or somehow disruptive in an...