For several years researchers and practitioners have thought that cities may be important in conserving biodiversity.  In 2011 a group of researchers started a project at the National Center for Ecological Analysis and Synthesis (NCEAS) to document patterns of biodiversity in the world’s cities.  Our project, “What Makes an Urban Biota ‘Urban’?” compiled data from previous studies of birds and plants and cities.  We focused on citywide studies of birds and of spontaneous (i.e., unmanaged or ‘wild’) vegetation because we wanted to identity patterns in cities that went beyond the relatively well documented flora and fauna of urban greenspaces and yards.  Our study only included data from published studies that were completed since 1990.  These resulted in a database of 147 cities with bird species lists for 54 cities and plant lists for 110.

We wanted to know:

The results from the NCEAS study are published here: Proceedings of the Royal Society B.

We found that cities are not homogenous in bird and plant species composition and reflect local biogeographical patterns of species composition.  In other words, the bird and plant species composition of North American cities resemble the local flora and fauna and are distinct from those of other regions.  The proportions of native and non-native species show different patterns for plants and birds in the world’s cities.  Around 3% of bird species in cities are non-native, whereas non-native plant species are close to 25% of the floras in the cities we studied.  The percentage of greenspace in a city was the best predictor of the number of plant and bird species and also of the proportion of native species in cities.  We found that two families of birds, waterfowl and raptors, were well represented in the world’s cities with most species in the region found in the associated city, suggesting that cities may be important in providing habitats for and potentially conserving some groups of species.

The NCEAS project revealed that there is a relatively large amount of data available on birds and plants in cities in Europe and North America, but we had very few studies from cities in the global south.  We know that many of these cities occur in biodiversity hotspots, but also suspect that the factors shaping biodiversity in African, South American and South Asian cities may be different.  For example, a study of the vegetation of Bujumbura, Burundi, one of the cities in our database, found that the city had a much lower proportion of native plant species than other cities.  The study suggested that informal settlements may reduce the amount of undeveloped greenspace in the city and have a negative impact on the number of native species.

In April 2013 the U.S. National Science Foundation funded a research coordination network grant to bring together a network of people interested in biodiversity in cities:  researchers, managers, designers, planners, and residents are welcome to participate.

UrBioNet is organized around three projects that will bring together a network of people interested in biodiversity cities.  One project will compile a list of life history traits for each of the bird, bat, fish, insect pollinator, and plant species in the database.  The trait data will be used to determine if these species characteristics might explain how cities filter species from a larger regional pool.  Another project will compile socioeconomic, demographic and cultural data on cities and subsections of cities that might explain patterns of diversity within and among urban areas.  Finally, and perhaps most importantly, a third project will document approaches to monitoring, planning, management, and design of urban biodiversity.

The UrBioNet wiki contains information on the network and a link for joining and participating in the network.  There are many ways to be involved with UrBioNet.  Working groups perform the work needed to complete the three products, and require the greatest amount of time and commitment.  In 2015 UrBioNet will start a collaborative project for undergraduate students and an online course for graduate students.

But the best way to be involved is to contribute your expertise on the cities that you work in and study.  There are opportunities to share data, to collaborate with others, and to share information.  Participation is open to all. 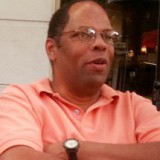 About the Writer:
Charlie Nilon


Local governments planted millions of young trees on urban streets throughout the United States during the first decade of the 21st Century. From Los Angeles to New York, large cities made prodigious investments in urban reforestation and wrote off the...

In September last year, the IUCN World Conservation Congress—Planet at the Crossroads—brought together in Hawai’i more than 10,000 participants from 180 countries, including top scientists and academics, world leaders and decision makers from governments, civil society, indigenous peoples, and business. It presented a unique opportunity to discuss the unprecedented challenges facing our planet. The Congress made clear that our future...

When you walk outside after a summer rainstorm, you know it when it hits you: that distinctly earthy, musty, yet crisp scent that flows with optimism and a desire to be in nature as you take a long, deep breath....