Timothy Beatley, a recognized environmental urbanist and planner, has recently been working on the concept of sustainable communities and resilient cities. In particular, the author’s focus is on the possibilities and scope of cities and their residents to cope with environmental challenges, including mitigating climate change and reducing ecological footprints. While these environmental challenges are burning topics acknowledged by society, it seems that time and again, a nature enthusiast needs to remind the citizens of planet Earth how important these issues really are. With the alarming increase in pollution, sea level rise, and global temperature changes, books on fighting and mitigating these events should be published more often and distributed widely, starting with schools and local communities. 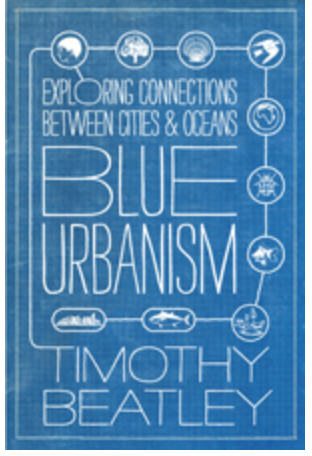 People living in cities—coastal and land locked—depend heavily on the sea as a food source and for transportation to sites of employment, recreation, and leisure. Unlike many urbanists who focus only on land boundaries of cities, Beatley takes one big step forward in this book: he extends the boundaries of cities not only to coastal areas, but to the deep blue sea, even to parts inaccessible to an ordinary person. Because coastal cities constantly use marine resources, it is only logical to include the vast marine ecosystems of the world in cities’ boundaries. Beatley gives us a new perspective in viewing water masses (rivers, lakes, seas and oceans) as an extension of our cities and, in the end, an extension of ourselves.

Beatley often argues in his books that cities should be designed in a way to enable citizens to have daily contact with the natural world, which would reactivate the lost but permanent connection of all living things on the planet. Although connectedness to green belts is more “natural” and easier, we have to remember that we are 70% water and that seas and oceans are already an intrinsic and inseparable part of us. Still, in urban areas, there is more focus on green belts due to easier accessibility. Beatley tries to bring the blue belt closer to us through amazing examples and practical suggestions from all over the world. With just a little imagination, bringing the “big blue” to even inland cities and creating connection between people and the blue belt has shown amazing results, many of which are presented in Beatley’s book.

The book is written in straightforward language designed for the broader public, from children and students to everyone interested in learning a bit more about the blue environment and our connectedness to it. Even local and regional authorities can find examples of and means for bringing aquatic life into the everyday lives of citizens, thereby expanding the boundaries of their cities into the blue. Everyone, even with limited knowledge of marine ecosystems and urban planning, can understand the problems that are occurring with overuse of marine resources. Through the book, Beatley evokes emotions and a will to action amongst his readers. The author describes examples of different approaches that bring marine life closer to cities, including the role of local governments in catalyzing this transition, from San Francisco, USA to Wellington, New Zealand. Further, Beatley has made the effort to personally investigate the examples he describes, lending credibility to his accounts in the book.

The book is written in a concise way and is easy to follow. Beatley opens with an introduction to the urban-ocean connection before taking his reader on a journey through urban life and the incorporation of marine life into urban planning and practical and existing ideas of connecting oceans and cities. In the end, he gives us a glimpse of a blue urban future and recommendations for future work and actions. Beatley supplements his book with pictures; however, it would have been much better if the pictures were in color, since marine life is spectacularly colorful. Nevertheless, this minor glitch can be overlooked in light of the substantial content of the book.

I would recommend this book to my friends, students and people interested in sustainable cities and connecting urban life with nature, both on land and at the sea. This could be a good start up material for getting engaged in local NGOs or civil initiatives that are focused on protection of marine life and ecosystem and brining it closer to general public. Blue Urbanism has the potential to inspire decision makers to start thinking out of the box and making changes–now! 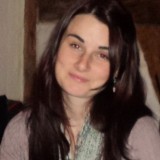 About the Writer:
Taida Garibovic

Taida Garibović is a Marine biologist and ecologist, currently working as a Project manager at a local environmental NGO – Eko-Zadar, in Zadar, Croatia.

In October 2012, Hurricane Sandy slammed into the New York and New Jersey shoreline, with winds of 145 kilometers per hour and a storm surge 4.3 meters above mean low water. The superstorm flooded the city’s subways, destroyed thousands of...

I have planted lots of trees around schools in Cape Town. Each experience has been profoundly different from the next, but there have been common threads running through each experience — muddy feet and hands; the strong stem of a young tree as I carry it from the bakkie to the planting site; the unwieldy mixing of compost and soil...

The current system of zoning and planning is wrongly fixated on maintaining state instead of preserving good patterns, and changing this fixation will be the key to making growth beneficial to all civic stakeholders. The most contentious issue in North...