On May 22, 2011, a devastating EF-5 tornado forever changed the Midwestern cities of Joplin and Duquesne. The tornado was ½ mile to ¾ of a mile wide and traveled nearly thirteen miles, with winds estimated at 200 mph. The tornado took 161 lives and destroyed homes, businesses, churches, hospitals, and landscapes, generating nearly 3 million cubic yards of residential debris throughout the disaster area. In addition to devastated homes and infrastructure, Joplin’s urban forest was destroyed in this disaster (at least 10,000 mature trees were lost). This urban forest was part of the everyday landscape that refreshed residents on a daily basis and contributed to a local sense of place. Government agencies and community groups have since committed to creating a sacred green space where the tornado touched down at Cunningham Park, a beloved open space that became the city’s first park in the late 1800s. Since the tornado, the nine-acre park has been a meeting place and rallying point, serving as the site of annual memorial tributes, among many other functions. These acts only scratch the surface in describing the resilient people of Joplin and Duquesne; the recovery of the area is nothing short of miraculous and is truly inspiring, a result of a nimble and responsive local government that was able to adapt to the shock and surprise of the tornado and harness a release of energy and goodwill for the betterment of the social-ecological system. Four years later, we can see Joplin and Dusquesne as examples of resilience, resolve, and realization. And we can see how principles of civic ecology were demonstrated in this Midwestern community.

The second principle describes how, because of their love for life and love for the places they have lost, civic ecology stewards defy, reclaim, and recreate these injured, damaged, or broken places. My work in Joplin documented that, beyond the deep loss and mourning of friends, families and community members, people in Joplin felt the loss of their trees deeply, and were disturbed by the visceral “tree corpses” still standing throughout the city. These trees, stripped of branches and bark by the force of the tornado, generally died. However, some survived and became inspirations to “never give up,” while others were “repurposed” as hopeful and cheerful community art installations.

The third principle shows us how in recreating place, civic ecology practices recreate community. My colleague, Nancy Falxa Sonti, from the US Forest Service, and I participated in the 2012 Memorial Walk of Unity, a 3.7 mile walk along the path of the tornado, along with literally thousands of other community members and well-wishers. We observed cheering throngs as a steeple was put back on a church, ground-breaking ceremonies to replace the destroyed high school and elementary school, and a ceremony at the terminus of the walk, Cunningham Park, which included a very moving moment of silence at 5:41 pm. Community was being recreated as leaders pointed out the memorial trees, the TKF funded Butterfly Garden and Overlook at Cunningham Park, and the progress in recovering from the storm.

The fourth principle sheds light on how civic ecology stewards draw on social-ecological memories to recreate places and communities. Joplin City officials responded to the grief over lost family members coupled with the grief over destroyed trees and worked with civic ecology stewards to initiate a planting program in Cunningham Park to plant one tree for every lost human life; the final tree was planted on the one year anniversary of the storm, as described above.

The fifth principle alludes to how civic ecology practices produce ecosystems services. In addition to the memorial trees planted in Cunningham Park, civic ecology stewards engaged in large scale urban tree planting. Storm water retention by urban forests is worth significant sums and could save on cost-intensive technical solutions. The filtration of air pollutants, carbon sequestration, increased property values, and maintenance of drinking water by urban ecosystems provide further significant benefits, all as a result of the actions of tree planters in post-tornado Joplin.

The sixth principle explores how civic ecology practices foster well-being. Spending time and stewarding nature provide a sense of satisfaction that comes from making a difference, from leaving a legacy for the next generation. At a tree planting ceremony at the new location for Joplin’s Mercy Hospital, Tracy Lemmons, Mercy’s human resources director, said, “The event symbolizes a new beginning… As we watch these trees mature over the next 20 years, we’ll take pride in knowing we had a role in bringing this space to life.”

The seventh principle describes how civic ecology practices provide opportunities for learning. As civic ecology stewards and volunteers from around the region demonstrated interest in tree planting efforts to restore Joplin’s urban forests, it became clear that coordination and education would be needed. US Forest Service staff partnered with the Missouri Department of Conservation to hire an on-site community forestry recovery coordinator, who engaged in education and technical assistance resulting in the planting of over 8,200 trees and 24,000 seedlings within the two years after the storm.

The above tree planting discussion also incorporates the eighth principle, that civic ecology practices start out as local, small-scale innovations and expand to encompass multiple partnerships. After the first two years post-storm and the immense number of trees planted by civic ecology stewards, the city of Joplin realized the need and hired a full-time city forester.

Civic ecology practices are embedded in cycles of chaos and renewal, which in turn are nested in social-ecological systems. This is the ninth principle, and in Joplin we can clearly see this principle at work as leaders responded to ongoing cycles of disturbance. Resilience enables systems to adapt to change and bounce back. One particularly hard-hit church near Cunningham Park adapted and overcame by rebuilding, but that was not the full extent of their adaptation. The congregation also later took their experiences of recovery and disaster relief to another Midwestern town in Oklahoma in 2013 after they experienced a deadly tornado, and brought both their generosity and experiential knowledge to bear, allowing for a kind of empathy, commiseration, and solidarity not uncommon among civic ecology practitioners.

As we saw in Joplin and Duquesne, policymakers have a role to play in growing civic ecology practices. This is the tenth civic ecology practice, and was evident from the first moments after the tornado. Mark Rohr, then city manager in Joplin, took extraordinary leadership during and after the storm. “We will rebuild Joplin,” he declared at a public rally as the national television cameras rolled. “You have my word on it. Go out; do not forget the miracle of the human spirit as you go from here today. Remember the miracle of the human spirit.”

And then there was Joplin City Parks Director Chris Cotton, who became a first responder and a tireless leader in the wake of the storm, attracting and managing attention in such a way as to maintain an asset-based framework for recovery and resilience. He presided over the recovery and rebirth of the two most important green spaces in the Joplin Community, with the help of civic ecology stewards and engaged universities. Troy Bolander, Joplin Planning and Community Development Manager, was also a key player. From the outset, he insisted that tree planting was a necessary part of the community’s recovery plan. He said, “I believe there are a couple of reasons why residents directly affected by the tornado have been so enthusiastic about the reforestation of their neighborhoods… First, it helps create a sense of normalcy of how things looked prior to the tornado. Second, the replanting of trees really does signify the rebirth of our community.” And there were surely others who recognized and leveraged civic ecology practices emerging in the wake of the storm as existing assets, as social-ecological innovations to address shocks.

On the anniversary of the Joplin tornado, we can indeed see Joplin and Duquesne as examples of resilience, resolve, and realization. And we can see how the ten principles were demonstrated in this Midwestern community—how civic ecology worked as adaptation and transformation from the ground up.

This essay was originally published at MIT Press: http://mitpress.mit.edu/blog/joplin-tornado-anniversary 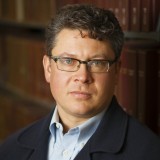 26 April 2015 In the Future, Will We Build Cities for Wildlife and Design the Countryside for People? Amy Hahs,  Ballarat


Cities have long been known as hotspots for innovation. In the past, much of this could be attributed to cities being the centralised physical location of businesses, investors, consumers, markets, and places of learning, and as nodes for connecting with...

31 May 2016 Creating the Pioneer St Corridor: How the Tree Made Me See my Neighbors Differently Lindsay Campbell,  New York

The tree made me see my neighbors differently. Since spring 2014, I have been making humble attempts to care for the street tree in front of my apartment building—described here. In becoming a steward, I began to perceive neighbors and passers-by as potential threats to the tree. Trash, dog poop, car doors, children’s feet, bicycles, and road salt: these were...

Our planet is at a crossroads. The ecosystems that underpin our economy, well-being, and survival are collapsing, species are becoming extinct at an unprecedented rate, and climate change continues unabated. In these times of change, nature-based solutions can offer a...