In Chile, over recent years, there has been increasing attention to the concept of community resilience, especially in facing natural disasters. Community resilience is the capacity of a community to adapt to changes that occur after natural disasters. Such adaptation capacity is vital for satisfying survival needs (e.g. food and water), as well as for maintaining local identity (e.g. fishermen community) and economic roles for the development of the territory (e.g. tourism). Several studies have been carried out in areas affected by the 2010 earthquake and tsunami on how to measure community resilience and how to increase it (MINVU, 2010; Franco & Siembieda, 2010; Platt, 2011; Rahman & Kausel, 2013; Cartes Siade, 2013).

But little of this research on resilience has been incorporated in the development of cities. This is most probably because this information came too late after the reconstruction process. Besides, resilience involves a variety of detailed quantitative and qualitative indicators which may be quite difficult to measure, evaluate and include in the local planning instruments. These demand extra funding and human capital, increasing the cost of reconstruction considerably. After a disaster, funds are allocated to those needs which are considered most urgent, such as refuge and food. What’s more, these indicators usually come in numbers and textual data instead of maps and specific cartography, which can facilitate the complementation of urban plans.

In facing this problem and following the discussion of the round table on resilience months ago, an interesting question came about in our research group (Laboratorio de Paisaje y Resiliencia Urbana: PRULAB): To what extent does the application of planning tools in cities increase community resilience? This question seems more important than measuring resilience in the context of Chile, which is prone to different natural disturbances, and in which, as in many other developing countries, it is very difficult to measure resilience due to the lack of information required in well-known resiliency checklists (e.g. Cutter et al., 2014). For example, in Chile, most social and economic databases are developed at the regional scale, hence no data is available at the community level. Therefore, it seems interesting to explore whether planning decisions are developed to support resilience enhancement, or otherwise.

This task becomes even more motivating in the local planning environment of the coastal town of Mehuin, in the south of Chile, in which the concept of resilience is not well known and is not directly mentioned in urban planning tools, even though the government of Chile committed to investing in building communities’ resilience to natural disasters and integrating this approach into urban planning tools after signing the Hyogo Framework of Action in 2005.

Planning tools include, for example, the Regional Development Plans, Regulatory Plans, and Emergency and Action Plans, which define land use, urban density, balance between un-built and built areas, amount of green open spaces, urban sprawl patterns, the distribution of socio-economic groups, and economic development, which, among other aspects, are addressed in urban resilience measures. Our idea of measuring the contribution of the current planning tools to building community resilience instead of measuring the community resilience itself is derived from the availability of the tools listed above.

We found that although the term resilience is not directly mentioned in any of the studied planning tools, there are several aspects in the tools addressing resilience attributes and variables, positively or otherwise. This was a surprising finding because the overall idea in Chile is that, before the 2010 earthquake, there was no resilience approach to the development of cities. Hence, acknowledging that urban planning tools are influencing the resilience of cities is the first big step towards building community resilience. In this sense, it seems more relevant to improve and assure current planning actions that support resilience, and to modify those that restrict it, than to invest time and funds on creating new planning tools.

We also found that not every planning tool contributes to every attribute and variable of community resilience in the same manner. We actually think that this is a very good approach to building resilience. Two very well known premises under the concept of resilience are that we should diversify the system as well as add redundancies. Hence, the diversity of planning tools with different focuses is good for the resilience of cities, as is their redundancy in referring to the same topic (i.e. tourism in the case of Mehuin). If, for some reason (e.g. funding), a particular planning tool cannot develop a specific resilience variable, other tools can take its duty. Along the same lines, it is better that the development of resilience variables and attributes are included in different tools, taking care of assuring the appropriate coordination among them.

Overall, our study shows how planning tools are contributing to building community resilience to earthquakes and tsunamis in Mehuin and sheds light on the challenges for achieving resilient urban planning in this area. Moreover, the resilience study framework that we developed can be applied to other coastal communities, contributing to defining the government’s priorities as they follow through on a resilience planning approach. Although we acknowledge the importance and necessity of measuring resilience, we believe our approach represents a short cut for urban managers, allowing them to prioritize their interventions in areas where the planning tools have a weaker contribution to community resilience. This can prevent wasting of time and money associated with measuring and applying resilience actions that cannot be included in local planning tools.

Yet, there is no end for building community resilience, as resilience is a process, not an outcome. Besides, changes in the world, which may affect the equilibrium of a social system, are neither one hundred percent predictable or preventable. Accordingly, we believe there is no level of absolute community resilience to natural disasters; hence, measuring resilience is an approach, but not the solution. Tangible actions are applied through planning. In the case of the application of planning tools, the more the planning tools enhance any or every attribute or variable of resilience, the more resilient the community can be. 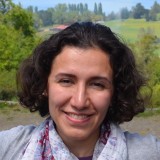 About the Writer:
Mina Fallahzadegan

Mina Fallahzadegan is an architect and regional planner. She has worked for several years with The Renovation Organization of Tehran and also Tehran Urban Planning & Research Center. 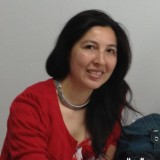 About the Writer:
Paula Villagra

Paula Villagra, PhD, is a Landscape Architect that researches the transactions between people and landscapes in environments affected by natural disturbances.

11 February 2018 How a Peer-to-Peer Approach is Transforming Urban Systems Cities Around the World: An Example from Cusco Sven Eberlein,  San Francisco


Cities, like nature, consist of complex organisms that evolve. For most of natural and human history change occurred slowly enough for inhabitants to adapt without impacting the overall health and functionality of the underlying natural systems. However, with the advent...

When many voices come together, they create a sound so loud it moves you. What you hear when you experience this is the very same thing that gives a good choir the power to deliver you from your sins—a powerful element called resonance. When two frequencies stream in harmonic proportion to each other. Or in the case of this workshop,...

Cities around the globe are seeing increased civic interest and appreciation of nature in the city. Pictures with citizens thronging to urban parks and urban waterfronts adhering to social distancing have flooded social media and traditional media alike in the...

16 April 2015 A Tree Hitched to the Universe Russell Galt,  Edinburgh

A wee garden in a windy city From a leafy suburb in the shadow of Table Mountain, I need not venture far to encounter a myriad of remarkable creatures employing clever survival strategies. Fighting, stalking, feigning, loving, dancing, stealing, and...