I have lived in an array of fascinating cities, and visited a host of others. I have loved many (New York, Hong Kong, Harare and Berlin); been miserable in a few (London and Pretoria); oddly disappointed by some (San Francisco, Dublin and Sydney) overwhelmed by others (Shanghai and Cairo); and frankly terrified by at least two (Port Moresby and Lagos).
There is a growing impatience that 20 years after democratic elections in South Africa, Cape Town remains smugly indifferent to the vast gap in lived experiences within its city boundaries.
But there’s only one city I have ever really called home: Cape Town. When asked where I am from, I never say “South Africa,” always just “Cape Town.”  Despite the fact that I have not lived there for the past 15 years, it remains my cultural and geographical touchstone. Last year, the New York Times and the Sunday Telegraph both named Cape Town as the most desirable city in the world to visit:

You can go almost anywhere to experience the city’s in-your-face beauty—adrenalin junkies plunge into the marine-rich waters around Dyer Island to go nose-to-nose with Great Whites; shoppers scour Woodstock for the latest in Afro-chic design, then quench their thirst with local craft beer; foodies are spoilt for choice in valleys carpeted with vines, where world-class chefs prepare Michelin-rated fare at bargain prices.[1]

And much of that is true. Each time I return to Cape Town, I think to myself, “it can’t be as beautiful as I remember.” But when I sweep over the curve of Mandela Boulevard, and begin the descent to the City Bowl, I always catch my breath in wonder.  On the left, Table Mountain with a rolling white table-cloth of cloud; the pink evening sea-skyline broken only by the umbrella cranes of the harbor on the right, and our brooding Lion’s Head on Signal Hill peering down over the multi-colored houses of Bo-Kaap and District Six.

Sadly though, my home-city, like many a family home, is deeply dysfunctional. Putting on its Sunday best for visitors, it works hard to sweep undesirable realities under the carpet. In particular, this means hiding family members who can’t (or won’t) be part of its pretty facade, behind closed doors.

One of the most persistent legacies of apartheid is its geography. This is particularly true in Cape Town. Many descriptions of the city begin with a plane sweeping majestically over Table Mountain, and then effortlessly leap-frog into the natural beauty surrounding the Afro-chic of the city center. Hardly ever is a mention made of the informal settlements surrounding the airport:  the tin shacks of Cross Roads, that are home to around one in four residents of Cape Town. No comment is made about the soul-destroying legacy of the ‘Coloured’ (mixed race) population group’s housing under apartheid: sullen, concrete hostels that pepper the sides of the highway into town, and continue to sustain the drug-fueled gangster culture that is largely responsible for making Cape Town one of the murder capitals of the world.  Driving instructions to the ‘must visit’ Cape Wine Lands seldom refer to the dusty Cape Flats you’ll pass along the way—home to the estimated 100,000 gang members of Cape Town—or to Khyalitsha township, Cape Town’s Soweto, hidden behind barren windswept dunes. Little more than 20 minutes from the city center, they are a world apart from the ‘craft beers of Woodstock’ and the ‘Michelin-rated fare at bargain prices’.

Like white South Africans under apartheid, the geography of Cape Town enables visiting tourists the opportunity to see only what they want to. This is especially so for ‘gay Cape Town’. Centered around the tiny, privileged enclave of De Waterkant, the annual week-long Cape Town Pride celebrations are deservedly a firm fixture on the global gay agenda.  On a continent in which 34 countries (out of a total of 52) outlaw homosexuality, five with the death penalty, Cape Town has come to be called the ‘Gay Mecca of Africa’. Embracing this designation is a conspicuous part of the city’s carefully curated global image of a city that celebrates diversity and prides itself on opportunity, equality and justice for all.

My vision of a ‘just Cape Town’, however, is one that shifts this from being (at best) an aspirational intention or (at worst) cynical marketing to something that is real and genuine for more than just the wealthy, mostly male, overwhelmingly white participants that currently flock from across South Africa and around the world to attend Pride events such as the Millionaire’s Ball and Beach Sports Day. Such activities suggest that the struggle for visibility, dignity, respect and safety are well and long won for queer people in the city. While this is true for the small minority that live and visit the city bowl and surrounding historically white suburbs, it is certainly not so for gay, lesbian and gender non-conforming township residents, squeezed into the less lauded and visited parts of greater Cape Town.

There is a growing impatience that 20 years after democratic elections in South Africa, Cape Town remains smugly indifferent to the vast gap in lived experiences within its city boundaries. During pride week, for instance, not even lip-service is paid to the fact that township based NGOs estimate that at least 10 lesbians are raped each week, to punish them for transgressing gender norms and boundaries. If even one of these vicious acts happened in or around De Waterkant, the response would an outraged howl for action. But most of these rapes happen behind the windswept dunes of Khayelitsha or in the darkened tin shacks of Cross Roads, so no speeches or protests are made about that devastating reality during Pride. No demands are made on the City Council to work towards improving policing, housing and transport for vulnerable sexual minorities who are protected, at least in name, by the national constitution, which however flawed still sets South Africa apart from the state-sanctioned homophobia of most countries on the continent.

For me, building a just Cape Town would involve transforming Pride from being a week of parties and celebrations to becoming a year-long campaign to make Cape Town a safe and welcoming space for all queer people. Central to such a process would need to be queer people themselves. Grassroots LGBTI organizations have a deep knowledge of challenges facing queer people outside of historically white apartheid Cape Town. Such knowledge is a critical resource to plot what is needed to transform Cape Town. The wealthy party crowd that makes up much of Pride has an enviable level of social capital that could open doors, networks and resources to profoundly influence urban planning and development in Cape Town.  But experience has shown that being queer has not in itself provided enough cohesiveness or empathy to overcome the differences caused by other factors such as race, class, and gender.  Repeated attempts to change Pride, almost since its inception, have collapsed in acrimony with organizers’ protests about the need to deliver on events that will appeal to essential corporate sponsors being dismissed amid accusations of racism and deliberate exclusion.

What might help to overcome this impasse?  I think some of the most creative development and transformation approaches being explored in South Africa, and indeed across the continent and the global South, are focused on ways in which city (rather than national) policies can promote greater social integration and advancement for vulnerable and excluded groups. But I have found no documentation that looks at how sexual minorities can be included in this cutting edge thinking.

But then, neither have I have seen much evidence of LGBTI organizations linking their struggles to other equally compelling social justice issues. For instance, it’s an oft-cited statistic that in South Africa poor girls are more likely to be raped than to finish school, such is the pervasive endemic of gender based violence. In such a context, it makes little sense to seek solutions specifically for “lesbian rape”.

Hence, I am convinced that if we are to ever build a Cape Town that truly welcomes, celebrates and protects all her queer residents, that the starting point needs to be to a recognition that single-issue, identity politics simply doesn’t work in profoundly unequal and systemically violent cities. That in such spaces, addressing the needs of one vulnerable and marginalized group cannot hope to bring about the structural transformation that is required to ensure a life free of fear, stigma and discrimination.

So I recognize that for my vision of a just Cape Town to become a reality it will need to involve a real rainbow coalition of the marginalized, excluded, exploited and abused.  n other words, a coalition with the capacity to speak to the needs of not only queer people, but also the aged, the homeless, the unemployed, victims of gender based violence (particularly women and children), and migrants.

Now that would be a Pride worth attending. 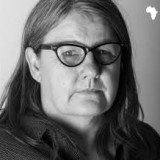 About the Writer:
Carla Sutherland

Carla Sutherland is currently Head of Programs at the Other Foundation, an African trust dedicated to advancing human rights in Southern Africa.

Parks have been significant sources of open space in urban history, ranging from private, even sacred spaces to fully public spaces serving as central points of social interaction and recreation (Stanley et al. 2012). On any given day, many thousands...

I have just returned from an exhilarating week spent in a workshop with a collection of UrBioNet members. UrBioNet is a network of researchers, practitioners, and students with an interest in urban ecology and biodiversity. It is broad in its remit: while it offers opportunities for discussion and sharing, it singles itself out in having a particular interest in forwarding...

A review of Can a City Be Sustainable? By Gary Gardner, Tom Prugh, and Michael Renner. 2016. Island Press.  Buy the book. This compact volume is an ambitious portmanteau of information on sustainable urbanism that covers an impressive range of issues and amply...

Today’s post celebrates highlights from TNOC writing in 2016. These contributions, originating around the world, were widely read, offer novel points of view, are somehow disruptive in a useful way, or combine these characteristics. Certainly, all 550+ TNOC essays and roundtables are...