When there is a storm, trees can cause damage to homes, cars, and people—ultimately, the tree itself is a casualty of a storm.

The key to knowledge exchange is first to respect all actors for the individual roles they play in our urban fabric.

At these moments, generally, the public perceives arborists as the heroes of storms—arborists remove the “problem” from their properties. But at most other times during the year, when people see an arborist pruning or removing a tree, they perceive them negatively.

Throughout my doctoral research (2015), several narratives emerged from interviews conducted with field arborists and climbers across Southern Ontario, Canada—one of those stories was that public perception of arborists seems to change with the seasons or variances in weather. The arborists I interviewed considered themselves to be environmentalists and nurturers of the urban forest—general public opinion often contrasted this image with stereotypes that arborists mainly perform removals, or harm trees.

Oak is Oak and Euc is Euc and if the twain should meet;
although the work is better now, a Euc Man’s hard to beat.
The Oak Man tries to reason sense…The Euc Man’s more direct.
Make a cut too close these days, it’s a flush cut you’ll regret.

My interviewees raised the issue that they can be either glorified or vilified, depending on the season and whether there is a storm involved. When the public perceived them negatively, participants felt undervalued given their integral role in urban forest management and maintenance; this story is latent with power dynamics. As one participant noted, “We can do so much damage” (not just to trees, but to ourselves). Field arborists and climbers hold the power to physically shape the urban forest canopy of the future. Their awareness of their position and, often, the modesty with which they perform their roles, has earned my utmost respect.

One interesting story revolved around the notion that nature has its own agency and trees should be valued as living organisms for their own merits, not solely for the services they provide to humans. This was particularly true for large trees. One of my interviewees asserted: “You don’t really know how big a tree is until it’s lying on the ground, vulnerable, exposed and, at that point, dead. Then you truly appreciate its majesty even if you don’t understand its worth.” There is an interesting paradox in the conceptions of the public between the veneration and appreciation of large, older, heritage trees, and the lack of attention for smaller seedlings.

Within the subject of agency, participants included stories about decay and defenses and how vulnerability is a factor in preservation and management efforts. Climbers and grounds crews continually negotiate their positions according to the size and species with which they are working on a given day. Species type made a difference in some participants’ feelings towards their work. Specifically, Oaks and Maples were often regarded as good trees to climb, whereas Honey locusts and willows were not.

Lastly, the notion of control is enmeshed and often hidden in arborists’ experiences. Most arborists take pride in caring for trees as living organisms. Arborists do not fell trees needlessly; they manipulate trees carefully and knowledgeably. Arborists spend time with trees, touch trees, shape and construct trees; how these decisions are made is fundamentally based on understanding the variability of nature’s agency while simultaneously contending with the lack of a decision-making model that results from this variability.

Other stories revolved around language constructions; labour equality and gender issues; the material reality of nature’s agency; and the impact of educational inconsistencies (Bardekjian, 2015). Considering the perspectives of field arborists and tree climbers is useful for understanding tree growth and long-term sustainability for urban forests.

The key to knowledge exchange is first to respect all actors for the individual roles they play in our urban fabric; to keep an open mind and actively listen to one another; and, finally, to keep the lines of communication open through as many avenues and tools as possible (e.g. conferences, workshops, listservs, open-access resources, discussion forums, formal and informal education, community events). Examples of formal networks at our national level include the Canadian chapters of the International Society of Arboriculture and the Canadian Urban Forest Network. I would like to see more dialogue between these two groups of membership. A transdisciplinary approach that focuses on problem-based research and better integrating formal curriculum with critical social issues can help with exchanging knowledge (see here for a recent blog, “The Social Side of Things”). In addition, alternative models of sharing knowledge and stories through media platforms and artistic interventions can challenge our own biases and enable us to envision better collaboration between the different groups.

Furthermore, I have always valued centres such as the Humber Arboretum & Centre for Urban Ecology for their work with surrounding communities, students, and public engagement; thus, the creation of provincial arboreta with learning or education centres is something that I’ve felt to be necessary in Canada—this could include programs featuring provincial trees coupled with stories of regional histories (e.g. social, ecological, aboriginal, political, economic). The location of such centres can be in conjunction with research or educational institutions, in collaboration with environmental non-government organizations and municipal partnerships. As the first line of inquiry and care, arborists are community educators on the ground and in the treetops and have a wealth of knowledge to share.

I had the privilege of working on a short film during my doctoral work called “Limbwalkers.” What I learned from this experience is that capturing stories of participating arborists on film was invaluable for communicating specific narratives to the public—in this case, a snapshot into climbers’ insights about a variety of topics. I’m hoping to secure funding to continue a series of micro-docs from the footage we have compiled over the years, which is currently sitting in post processing.

When talking about agency and considering the place and influence of non-human nature in our physical environment, artistic interventions can be powerful. For example, likening a dead tree (or one in the process of removal) to the art installation by Su-chen Hung, called “Tree with Arteries”, can evoke a visceral reaction—towards trees, towards workers. It invokes questions about vulnerability, affect, and agency.

It also goes back to the quote above regarding the perception of large trees and understanding their presence and grandeur only after they are lying on the ground. However, it’s important to keep in mind that this is also an abstraction and can sensationalize the issue at hand, while also propagating negative feelings about workers as discussed above.

My interest in urban forestry revolves around stories—people, trees, and the places each inhabit. I’m particularly interested in the notion of familiarity and how that stirs affect and motivates action. I am also interested in the connections between greenspaces and public health, particularly mental health. As such, I’m interested in continuing to contribute to the discourses of urban forestry and arboriculture by sharing social narratives that came out of my doctoral research through various methods, and by conducting new research with interested collaborators. It is important to me to share the stories of my participants because they raise significant issues in the fields of urban forestry and arboriculture that are rarely discussed.

Like my participants, I want to see the trade of arboriculture and the provision of tree services move from voluntary to mandatory licensing under the College of Trades and Ministry of Labour. This will take time and more discussion to balance disparate needs and interests. There is a strong feeling that mandatory certification towards a Red Seal‎ Trade will encourage proper urban forest maintenance as well as garner public respect for the profession.

Lastly, I would like to inspire interest in younger generations to see arboriculture and urban forestry as a career they will want to pursue. I hope to see more efforts for collaborative and inclusive education, such as the partnership between Sir Sandford Fleming College and the University of New Brunswick and more formal urban forestry programs such as the Bachelor in Urban Forestry at the University of British Columbia.

Selected publications are posted on my website under the “writing” tab. 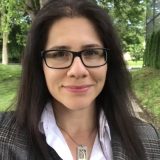 About the Writer:
Adrina Bardekjian

Dr. Adrina C. Bardekjian is an urban forestry researcher, writer, educator and public speaker. She works with Tree Canada as Manager of Urban Forestry and Research Development. Her current academic research examines women's roles, experiences and gender equity in arboriculture and urban forestry. She is also an Adjunct Professor with Forestry at the University of Toronto. 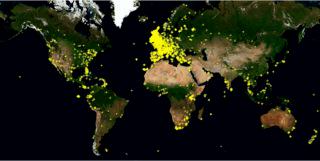 
In 2008 the London Natural History Society celebrated its 150th anniversary with a conference on ‘London’s Natural History: past, present and future’. I was asked to consider future prospects. What changes might we expect in London’s natural history in fifty...

Governance, despite its own hopes for a universality of exclusion, is for the inducted, for those who know how to articulate interests disinterestedly, those who vote and know why they vote (not because someone is black or female but because he or she is smart), who have opinions and want to be taken seriously by serious people. In the mean...

A review of America’s Urban Future: Lessons from North of the Border, by Ray Tomalty and Alan Mallach. 2016. ISBN: 9781610915960. Island Press. 312 pages. Buy the book. Canada and the United States share the longest unprotected border between two...

10 August 2015 Glasgow Made the Clyde and the Clyde Made Glasgow Allison Palenske,  Edinburgh

A review of “Clyde Reflections,” an art film by Stephen Hurrel and  Ruth Brennan, on exhibition at the Gallery of Modern Art in Glasgow, Scotland. The west coast of Scotland has been known to enchant, with its rough coastal edges,...