High of 96°F today, much like the past week. Five days of relentless heat, and the humidity makes the city feel like a sauna that you can’t escape. The air buzzes with the sound of hundreds of window air conditioners that can’t seem to banish the heat from the buildings facing the blazing sun. The hospitals are seeing an influx of heatstroke patients. Blackouts due to the power-hungry air conditioning units shut down entire neighborhoods. Those unlucky neighbors are forced out of their apartments and gather in temporary cooling shelters. Offices have limited operating hours because their buildings have become too difficult to cool. Ozone alerts are keeping children indoors. Community gardens struggle to provide fresh vegetables due to heavy rains and intense temperatures. The mayor assures everyone that the city will endure, just like it did for the last three heat waves that struck earlier in the summer. New York has weathered heat waves before, but nothing like this.

“We need to rethink how we approach building design and operations to respond to the changing reality of the weather.”
Such a scenario is very likely in the near future. Climate change is predicted to cause heat waves in New York City (defined as three or more consecutive days above 90°F) to occur five to seven times a year by the 2050s, with an average duration of five to six days [1]. Our planet is already beginning to warm, and with that warming comes extreme storm events, rapid spread of diseases, sea level rise, loss of biodiversity…the list goes on. And these are just the effects climate scientists can currently predict. Such a rapid change in climate worldwide will have far-reaching, unforeseeable impacts. The question becomes, how can we adapt our buildings and cities to this new, unpredictable world?

Of course, the first step is to stop the main cause of this rapid change: greenhouse gas emissions. Many efforts are already well underway with the hope to drastically curb our emissions. Yet, even if all emissions were halted tomorrow, the climate would still warm. We must prepare for the consequences. After storms like Hurricane Sandy and Katrina, many designers, planners, and policymakers are discussing solutions to cope with sea level rise, coastal flooding, and storm surge events. Yet few people are strategizing how to adapt our buildings and cities for the numerous other side effects of climate change, such as heat waves, violent thunderstorms, flooding, pollution, droughts, and the most basic change: a warmer climate.

The average temperature increases for New York are projected to climb from 2000 levels by +2.0–2.9°F in the 2020s, and by +4.1–5.7°F in the 2050s [1]. To put that in perspective, experts estimate that in ten years, New York City will have roughly the same climate Washington D.C. has now. By 2050, New York will likely have the climate of Norfolk, Virginia. Similar massive shifts in climate are expected for all other regions of North America.

“By 2050, New York will likely have the climate of Norfolk, Virginia.”
By mid-century, the state of Illinois will have a climate similar to that of Mississippi and Arkansas, and potentially drier depending on how quickly carbon emissions are curbed [2]. In the Bay Area of California, the annual average temperatures by 2050 are expected to rise from the 2000 annual average temperatures by about 2.7°F (or 1.5°C) under both high and low emissions, largely as a result of past emissions and their delayed impact on the climate [3].

You have probably heard similar stories. And maybe you wonder: how much could a few degrees in temperature really affect our cities? Just turn up the AC, right? Well, consider New York. We’ve witnessed how well buildings in the Big Apple cope with recent extreme conditions. Most buildings perform poorly because they were not designed for the climatic changes that are occurring. They lack proper exterior shading, high performance windows, and well insulated envelopes. Many buildings systems also do not have adequate cooling capacity for this new normal, making them unlivable in heat waves. Increased humidity will also add stress to AC systems and diminish the ability of thermally massive buildings to shed heat at night. Their wall systems were not engineered for a changing climate with increased temperature and humidity conditions, which could lead to excessive water condensation within the wall cavities that causes mold. Much of the New York building stock is unprepared for the changes to come.

In addition to the buildings, New York’s city infrastructure will be increasingly stressed under the warmer climate. Heat waves have the highest mortality potential of any of the climate changes issues and they are particularly lethal in cities due to the urban heat island effect. Currently, the city does have cooling centers, but not enough of them to accommodate the predicted warmer climate and heat waves. Hotter days will increase electricity demand in the most challenging point of the load curve: summer afternoons. The strain on our grid may cause blackouts and brownouts, threatening the lives of people who cannot escape the heat. Smog and ozone pollution increase under hot conditions, worsening air quality and threatening the health of citizens. Droughts will likely become more frequent and threaten water resources and food sources [1]. Flooding and storm surges endanger water quality. These are some of the many potential issues New York faces with a warming climate, and their combined environmental, economic, and social impacts will cripple an underprepared city.

We need to rethink how we approach building design and operations to respond to the changing reality of the weather. Current codes and practices for building and infrastructure design work under the assumption that the climate will not change. However, in the next ten years or so, buildings will have to make the transition to a new climate, something similar to Washington DC. New codes and practices will have to require us to build for a warming climate and account for its unpredictability. The question no longer is how can we build energy-efficient, water-efficient, or economical buildings based on the climate of the previous 30 years, but how can we design these high-performance buildings for the projected climate across their anticipated 50+ year lifespan?

We also can’t ignore existing building stock. New York has 1.1 million existing buildings, making for a total of 5.3 billion square feet of existing building stock that is designed for the current climate, or will essentially be underperforming in ten years. Almost all of these buildings will need some form of retrofit to adapt them to the changing climate. Our current passive and active strategies have to be reconsidered for both new construction and the existing building stock. Consider how the strategies that architects in New York use differ from those in Washington D.C. For example, Terrapin Bright Green recently advised on a multi-family residence retrofit project that was considering adding exterior horizontal louvers to the southern facades. Energy modeling determined that the sunshades would not save energy or have a payback because solar heat gain in winter displaced more heating fuel than was gained in cooling reductions in the summer. However, the sunshades on this building and many others will make economic sense in a few years once the winters become milder and the summers become hotter (i.e., once the climate matches that of Washington DC’s). Accounting for a warming climate should become integrated into how architects, engineers, and building owners chose what strategies to implement in their buildings for the maximum impact and cost-effectiveness.

Global climate change is inevitable. We have begun to recognize that our cities will experience rapid shifts in temperature and precipitation, accompanied by extreme storms and sea level rise. Cities will be forced to adapt. Design standards are based on historic climate conditions that will no longer be relevant. Furthermore, existing building stock that has already been designed to these historic conditions will have particular difficulty adapting. This challenge also affords architects and engineers a design opportunity: rethinking how they view buildings—not as immutable, but as dynamic. For years, architects have mused about responsive design and tested new construction technologies and smart building systems. We have the capability to create a new generation of adaptive buildings. With climate change looming, we have the incentive as well.

This essay is posted with permission from Terrapin Bright Green and originally appeared on www.terrapinbrightgreen.com/blog/ on June 19, 2015. 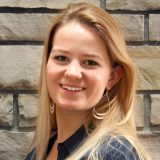 About the Writer:
Allison Bernett 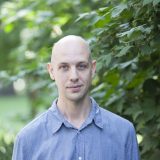 About the Writer:
Chris Starkey

Chris Starkey is a senior project manager and researcher at Terrapin Bright Green. 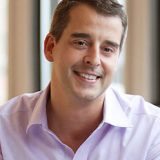 About the Writer:
Chris Garvin

Chris Garvin is an accomplished practitioner and active voice in the sustainable design community with over 20 years of experience.

One thought on “Designing for a Moving Target, Part I: Adapting Our Buildings to a Changing Climate”


If you are like me, when walking in some neighborhoods, you see the endless yards of turfgrass and exotic plants and you think to yourself, “How can I reach people to change their landscaping practices?” Or you may see natural...

Can environmental education in cities foster urban sustainability? Yes—according to 90 scholars from six continents who contributed to a forthcoming book called Urban Environmental Education Review (Russ and Krasny, eds, 2017). Three themes—participation of urban residents in planning and environmental stewardship, exploring and reconstructing urban places, and forming partnerships among disciplines and organizations who care about the urban environment—emerged from...

We’ve seen a surge in new open space design initiatives here in New York City in the past decade, with projects as big and bureaucratically complex as the 2,200-acre Fresh Kills Park on Staten Island and as small and locally...