Even a brief summer shower can cause fresh human waste to spill into the Gowanus Canal, as anyone who lives along one of America’s most polluted waterways can tell you from experience. Brooklyn’s old sewers, which combine pipes carrying waste from buildings and homes with pipes that collect rainwater from streets, are designed to overflow into local waterways when the weather gets too wet and a nearby sewage treatment plant can’t handle all that extra water. Two new rainwater retention tanks, courtesy of the Environmental Protection Agency and the City of New York’s Department of Environmental Protection, will soon be installed to keep raw sewage out of the Gowanus Canal. But sewage may be the least toxic of all the pollutants plaguing the eponymous waterway of the Gowanus, a nearly two-mile zigzag of water that was once at the heart of Brooklyn’s industrial revolution.

Alexiou’s book is written with an attention to narrative detail that enlivens scenes from the Gowanus past.

Joseph Alexiou’s Gowanus presents a comprehensive history of the canal’s transformation from a sleepy stream in the middle of an uninhabitable wetland to an all-but-abandoned stretch of shipping infrastructure in a rapidly gentrifying patch of New York City. It is a story rooted in topography, economics, and urbanization, overlaid by Brooklyn social history that begins with 17th–century agricultural colonies and winds its way through four centuries of industrialization, postindustrial decay, and urban renewal, ending with the canal’s 2008 designation as a federal Superfund site—a bureaucratic honorific that allows EPA lawyers to sue historical polluters for the cost of a massive environmental clean-up. Alexiou argues that the story of the Gowanus is more than one of the canal: the waterway and its environs in fact serve as a microcosm of New York City and Brooklyn’s growth in relation to their physical geography.

For early settlers of the Gowanus, the area’s attracting force was rooted in its geography; the waterway facilitated agriculture, trade, and industry. But as the canal’s transportation of goods has dropped off in recent years, the Gowanus has retained its allure. Despite being a cesspool of disease and industrial contamination, the murky canal is drawing investment to its banks, with massive real estate and commercial projects proceeding steadily. This murkiness did not always define the canal, as Alexiou shows, and it is likely that its waters will be restored to a condition more amenable to biological life. Projects of urban environmental restoration from industrial damage are completed and underway throughout New York City (recent examples include Alley Creek Park and Freshkills Park), and the Gowanus Canal Conservancy has a similar vision of reclaiming the Gowanus from industrial pollution and creating environmentally-sound greenspace, as well as improved neighborhood resilience to the effects of climate change also wrought by those industrial processes. 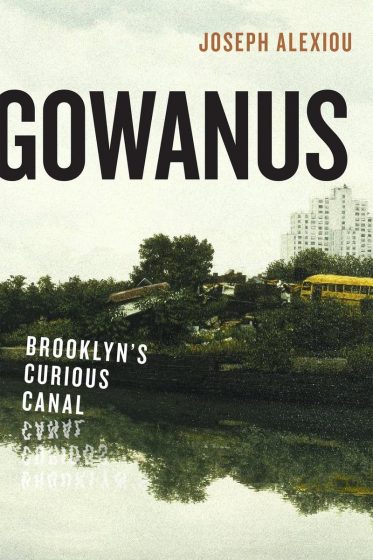 The first published book that takes the Gowanus Canal as its main subject, Gowanus is a work of extensive historical research that showcases the fruits of dedicated archival digging. Full of Easter eggs for history buffs—like a cheeky description of Revolutionary War-era soldiers bathing in the millponds of the erstwhile Gowanus Creek—the book is written with an attention to narrative detail that enlivens scenes from the Gowanus past. The origin and inspiration of the book is the richness of life around the canal, as well as a personal “obsession” to which Alexiou readily admits. But this richness is also an obstacle to the book, with an overstuffed host of characters and plots that don’t clearly contribute to a central analytic stake in the material. Without a guiding thread beyond the microcosmic relationship of Gowanus’ history to that of the larger city, the fascinating stories Alexiou has culled from the archives remain just that—a collection of anecdotes that illuminate the history of the Gowanus but do not reveal precisely why people have been drawn to the area throughout recorded history, beyond the unspecified “magnetism” of the canal.

Gazing at canal waters is an urban pastime, a pleasurable, contemplative end in itself, and the stench and filth of the Gowanus Canal offers a peculiar perversion of such magnetism. Alexiou writes that his obsession with the canal is in fact shared by many of his contemporaries, an obsession fed by the feeling of discovery. This romantic notion has spurred the neighborhood’s ongoing gentrification. The valorization of a scrappy, creative culture rising out of industrial ruin infuses cultural value into the polluted landscape, a dangerous combination that developers are in turn converting into lucrative private investments with unknown public health risks. Today the “uniqueness” and cultural innovation of the Gowanus “define its potential”—as they do for postindustrial sites in other cities and neighborhoods of New York. Gowanus provides historical legitimization for the exceptional narrative of the area and in this way is not free of complicity in Brooklyn’s continuing crises of affordability.

The gaze at the Gowanus offered by the book has a built-in audience—the renters and, more importantly, the buyers of property in postindustrial Brooklyn seeking a connection to authentic urban life, however abstracted. When the Gowanus waters flow more clearly, will the feeling of discovery be flushed away for future visitors and reframe the obsessive affection of today? 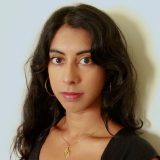 About the Writer:
Keerthi Potluri

Keerthi Potluri, Ph.D., is a writer and researcher with a focus on cities, memorials, and political economy.

25 June 2014 What Do People See in the Landscape? The Metamorphosis of Ecosystem Services After Disaster Paula Villagra,  Valdivia


My interest in learning about the services that natural areas provide to the community begun after the earthquake that hit south-central Chile on February 27, 2010. Though no major infrastructure damage occurred, the earthquake, tsunami and countless aftershocks caused great...

In Chile, over recent years, there has been increasing attention to the concept of community resilience, especially in facing natural disasters. Community resilience is the capacity of a community to adapt to changes that occur after natural disasters. Such adaptation capacity is vital for satisfying survival needs (e.g. food and water), as well as for maintaining local identity (e.g. fishermen community)...

Some weeks ago my colleagues (from the University of Applied Sciences in Geneva and the City of Lausanne, Nature and City Department) and I organized a half-day event: an exchange of experiences on the Swiss green roof standards practice with...