The overgrown train tracks of Gleisdreieck Park. The community gardens and art installations of Tempelhofer Feld. The flora and fauna of Südgelände Nature Park. Today’s Berlin is home to diverse landscapes, ecologies, and juxtapositions of natural and manmade history which, together, tell the story of this destroyed, divided, and rebuilt city.

Greening Berlin made me miss the city that I once called home, where layers of history, adaptation, and re-use are evident in nearly every aspect of the built environment.

A reader curious about how these spaces came to be has much to learn from Jens Lachmund’s Greening Berlin: The Co-Production of Science, Politics, and Urban Nature. The book explores how the discipline of urban ecology developed in West Berlin, and how it transitioned from an academic pursuit to a cause championed by planners, community organizers, and the general public. The result is a story that is both very particular to Berlin and the politics of a once-divided city, and more widely applicable to landscape and planning practitioners working in ecologically rich urban environments. 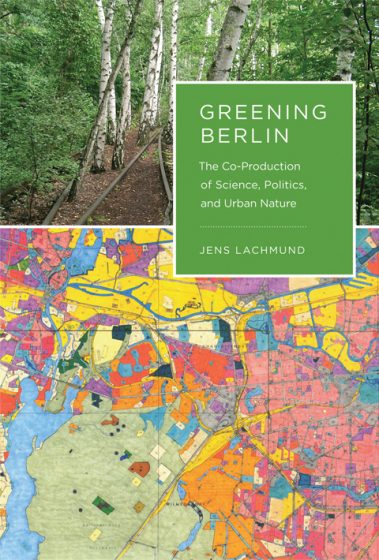 By detailing how urban ecology developed and became integrated into planning policy, Lachmund illustrates how urban ecological values can shape a city’s future land use patterns. However, with the success stories come the inevitable stories of politics, tension, and negotiation, including failures of community advocacy. These stories are valuable to today’s practitioner, as they illustrate how the values of urban ecology can stack up alongside competing recreation, land use, and development interests.

By weaving together environmental history, policy, and the stories of politically charged parks and conservation projects, Lachmund has offered insight into a topic that will be of interest to planners as well as historians. Greening Berlin is a thorough and clear introduction to a subject that can come across as very technical. Although the city, its complicated history, and its particular urban settings are, of course, unique, the narratives addressing policy development, the integration of nature into urban policy, and the conflicts inherent to land use decision-making are universally applicable.

However, Greening Berlin is missing a crucial element: visuals. While the book includes a small number of carefully chosen photographs and diagrams, the narrative calls for many more. It is disappointing that a book about a city with some of Europe’s most interesting green spaces includes few photographs and nothing in color. Spatial analyses—such as maps of the destruction WWII caused to Berlin’s urban fabric and the subsequent ecological studies of damaged spaces—also could have been valuable. Without photos, the book is less stimulating and accessible to readers not already familiar with Berlin, making it better suited to the academic reader.

Lachmund begins by detailing the traditions of urban greening in Berlin and Germany generally; he also explores the development of the discipline of green space planning. The narrative moves from the traditions of the 19th century Kaiserreich through the Garden City movement to postwar reconstruction before exploring the origins of urban ecology. The overall thesis tracks planners, policymakers, and community members gradually seeing greater inherent value in urban nature, as opposed to considering nature and the city as two opposite ends of a spectrum, with the city acting as a corrupting force.

Berlin’s story is critical to an understanding of the history of urban ecology, and Greening Berlin provides many details about the origins of the movement. Lachmund largely focuses on West Berlin, with occasional background information or anecdotes about the very different context and concurrent approaches in East Berlin. As Greening Berlin explains, the botanists of post-war West Berlin are widely credited with initiating the discipline of urban ecology. In studying rubble areas, they discovered new combinations of species that did not align with pre-existing categorizations. Lachmund states that “wastelands were the prototype of an urban ecosystem: their marginality within the urban environment allowed nature to thrive almost unimpeded, and yet it was a nature that was largely determined by the human-made environmental conditions of the city” (67). Lachmund focuses on botanist Herbert Sukopp, who created new models of floral survey to apply to sites in an urban context. Sukopp’s work led to the development of urban ecology as a discipline and, eventually, to an increased appreciation of nature in an urban context.

Beyond scientists’ work and examination of the city’s damaged urban fabric, the culture and unique geography of West Berlin also contributed to the rise in popularity and visibility of urban ecology. Living in an “island” of West Germany surrounded by East Germany—with the closest West German landscapes a substantial distance away—residents greatly valued the natural spaces within city limits, and scientists and ecologists used the city as a “home turf” to study. Citizen activism, including projects led by squatters, was significant. And even after the postwar damage was addressed, design and planning remained important, given the city’s visibility and role as a model and antithesis to East Berlin. For example, the 1984 Internationale Bauausstellung (IBA, or International Building Exhibition) was an impetus for large-scale redevelopment within the city center, igniting international discussion and the creation of new buildings and new public spaces.

The professionalization of landscape planning is another theme that Lachmund explores. In the mid-‘70s, Berlin’s Senate Department for Construction and Housing employed only one full time and two part-time staff devoted to nature conservation. By 1979, the city’s new Nature Conservation Act had led to the creation of 39 new positions. Meanwhile, new resources and institutions dedicated to urban ecology began working. For example, the book details the founding of the influential Stiftung Naturschutz (Nature Conservation Foundation) as well as the Bund für Umwelt und Naturschutz Deutschland (Alliance for Environmental and Nature Protection).

Lachmund further traces how urban ecology influenced West Berlin planning policies and the approach to land use in the city today. For example, the concept of biotopes—defined as the natural living spaces of urban wildlife—is applied within planning policy through the Biotope Protection Regime. Lachmund explores how biotope protection has been used in planning and land use policy and also examines the concept more philosophically, musing, “biotope protection has participated in the never-ending process of creating order in the city” (9). Today, biotopes are not only regulated on the city level, but on the federal level, with a rule that requires Länder (states) to set up networks of linked biotopes covering 10 percent of their area.

Lachmund presents Gleisdreieck and Südgelände, which are both natural parks on abandoned rail sites, as two case studies in the latter half of the book. Lachmund seems to relish the political back stories of these parks, describing even the concept of a nature park within Berlin as “a matter of conflict and constant negotiation between the participants of the planning process” (191). The book explores the role of Bürgerinitiativen, or community initiatives, in developing these parks, as well as the role of mitigation requirements. Indeed, many of the largest new park projects in Berlin were spurred by mitigation needs, meaning that the land conservation compensated for development elsewhere. Lachmund also explores the tensions between the desire for conservation and the need to provide opportunities for recreation, and the differing interpretations of legislation on recreation and conservation.

As an urban planner who recently returned from living and working in Berlin, Greening Berlin made me miss the city that I once called home. During my time there, the layers of history, adaptation, and re-use evident in nearly every aspect of the built environment fascinated me endlessly. Beyond that, the ambitious goals of the German landscape planning system—and the large-scale public projects, such as Gleisdreieck and Südgelände—are enough to inspire any planner. Reading Lachmund’s history of this place was a fantastic way to embed myself in the built and natural environment of Berlin again, considering not only the setting and local policies, but also how shifting perceptions, values, and means of scientific observation have facilitated the city’s physical transformation. 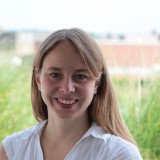 About the Writer:
Katharine Burgess

An urban planner and researcher, Katharine Burgess is the Director of the Urban Resilience program at the Urban Land Institute. Over the past twelve years, Burgess has worked in urban planning strategy, community engagement and design research in the private and not-for-profit sectors, including work in the U.S., U.K., and Germany.

One thought on “Embedding Urban Ecology into Policy: West Berlin as a Case Study”


Since 1966, the Capital Regional District (CRD) in British Columbia, Canada (Map 1 below) has developed an outstanding park and trail system, which today is perhaps one of the finest regional park systems in North America [Note 1].  Primarily a...

10 November 2013 People Take Over Nature in Cities with their Own Hands Cecilia Herzog,  Rio de Janeiro

Em Português. Urban food production is gaining momentum with launching of books, seminars and congresses, websites and social media. Some cities have programs to promote people-nature direct contact through vegetable gardens — common or in allotment gardens. Urban dwellers are becoming more and more engaged in cultivating and collaborating in common public spaces, transforming many underused lawns into productive landscapes. I...

I am currently typing away at a hairdresser in Tarragona, in Spain, while my wife receives a pre-wedding facial. That is the reason for our presence in Spain. Our families will soon descend on a tiny village in the mountains...