Humans are an urban species. For the first time in our history, more than half the world’s 7.4 billion humans now live in urban settlements. We have become the single dominant species shaping the planet, from its surface lands and waters to its climate, and, by extension, to the future of all other species on earth. The Anthropocene age is upon us, and we are its defining creature. But what of the others—the other 2.5 million-so-far (by the most conservative estimate) known species on Earth? Who in the Anthropocene will speak for these creatures and their wild places? Where will be these wild things and, through their fading reflection, what will become of the wild within the human?

The old wilderness is now but fragments, and the wild (and its qualities) will be found in the refuges and connective tissue in-between.

In the last 20 years, landscape architecture has risen to prominence—and, in some cases, to dominance—within the applied professions of city building and urban place-making. In North America, the most urgent challenges posed by the environmental crises of the mid-twentieth century (some of which are referred to in the 1966 landmark Declaration of Landscape Architecture) have been, to a large extent recognized, managed, remediated, and in a rare few cases, solved. Indeed, the rise of 1970s and 1980s Third Wave Environmentalism was activated in large part through landscape architecture and supported by allied disciplines of ecology, environmental planning, environmental studies, and associated sciences. Together with landscape architects, these allies advocated, planned, and designed for environmentally responsible solutions, reducing and cleaning up toxic waste, controlling pollution, improving waste management, and initiating environmental conservation.

These and other strategies were effective reactions as crisis management, but have now given way to more proactive strategies for longer-term, larger-scale, complex challenges related to climate change and sustainability. Landscape architecture has been at the centre of this shift, from new urbanism, to landscape urbanism, to ecological urbanism, landing squarely in the rhetoric of resilience and the practice of green infrastructure. Some might conclude that the landscape architect has arrived, centre stage, in the Anthropocene as urban saviour. But on this urbanising planet, what remains of the wild? More urgently, what will become of the wild things and their places, and of the quality of being that defines them and, by contrast, us?

On the relentless trajectory of global urbanisation, we continue to lose millions of acres each year of earth’s natural and agricultural cover through land conversion. The loss of natural habitats, whether by swift condemnation and conversion, or by the cumulative paper cuts of habitat fragmentation and degradation, ultimately leads to irretrievable loss of biodiversity. The Anthropocene is the planet’s sixth great extinction epoch: from almost daily extirpation to mass extinction, the wealth of the world’s biodiversity is bleeding away. While we may lament the loss of the wild, we also exacerbate it by failing to validate and value what it is to be wild. Honouring the condition of wild-ness is fundamental to valuing the wild things and caring for their places—central tenets in activating their protection.

The wild and its essence will not persist if we retreat passively. We cannot simply do nothing, for neglect is not benign. A different wild will inevitably emerge from the void left behind: from invasive species to barren fields and hostile environments, an evolving new nature—an unintended consequence of our own design—will simply select humans out, replacing us with plague and pest alike. Our role must be as active agents in reaffirming, re-establishing, and re-valuing the place and role of the wild. Policies and targets for wilderness protection vary widely, from the United Nations’ Convention on Biological Diversity goal of 17 percent by 2020 to ecologist E.O. Wilson’s ambitious “Half-Nature” movement to protect from development 50 percent of the world’s natural landscapes. In the abstract, these targets are blunt instruments; they need design interventions to engage the imagination and empower action. From restoration sites to rewilding initiatives, from greenways to green infrastructure, we must engage in nothing less than a planetary strategy of landscape connectivity. Large wilderness is now rare, but its interstitial spaces will be the practice of the everyday. Designing and re-making connections between remnant wild fragments will be paramount, from the “mongrel places” [1] of the in-between, to novel and hybrid ecosystems, to agricultural working lands, to reserves for hunting and harvesting, and even derelict places of urban decay: together these landscapes will form a wild mosaic for the next wave of conservation. In the Anthropocene, there is no away to which we retreat, no pristine place unaffected by human hands. Rather, we need design tactics for the full spectrum of landscapes from urban to sub-urban to rural to wilderness. The old wilderness is now but fragments, and the wild (and its qualities) will be found in the refuges and connective tissue in-between. The local work of the landscape architect will be humble, to stitch together the fragments, but the cumulative design is planetary: we must (re)weave the tapestry of the wild back into the landscape of the future.

To lose the wild is to lose that which makes us most human. The sad irony is that in wasting the wild, we lose a vital, visceral, and primal part of ourselves. Yet landscape architecture has the tools to integrate these stories through the medium of design, reflecting the relationship between wild places and the emotional responses they provoke—and the very human qualities they evoke. Reflected in art, anchored in master plans and policies, implemented in design, landscape architecture has the power and the authority to make legible the story of the wild, to re-centre its place within the landscapes we make, and by extension, to wake the wild within the human. So I urge us, as landscape architects and allies: reaffirm the primordial place of the wild, reactivate the vital role of wild things, and reconnect the landscapes that sustain us all. In so doing, we must design with awareness, humility, intention, direction, and conviction. To honour the voice of the wild, we must listen for it; to reveal the sublime of wild places, we must see them, and to assert the wild-ness that makes us human, we must value it. For without the wild, we are condemned to the endless monochrome, lost to a monoculture of our making. 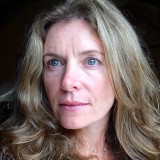 About the Writer:
Nina-Marie Lister

Nina-Marie Lister is Graduate Program Director and Associate Professor in the School of Urban + Regional Planning at Ryerson University in Toronto.


Human relationships with nature are highly complex and variable. Particularly now when the human connection to nature has been highly disrupted, and the sense of custodianship or stewardship has been displaced. Yet at the same time, there is a growing...

If planners and ecologists found more ways to work together, would cities look different? Would they be better? The idea of planning and designing urban spaces from an ecological perspective goes back to the very origins of the disciplines of ecology, planning, and design. Frederic Law Olmsted precipitated a landmark movement from “picturesque” to “natural” urban spaces at the same time...

If planners and ecologists found more ways to work together, would cities look different? Would they be better? The idea of planning and designing urban spaces from an ecological perspective goes back to the very origins of the disciplines of ecology,...

In the last days, with the air finally above the freezing point, and the grey silhouettes of the barren twigs dripping with fine silvery moisture against the faint morning light, I have been drawn into the forest. Every morning, I...