“And what can you do, as an individual, to clean up the spaces around you? How can you show your family and community the value in protecting the nature, the forests and the sea you all say you love?
We walk through Mashhad, Iran, and start giggling like children.

“Look how clean everything is! There are trash bins, and parks with good exercise equipment, and wide sidewalks you can actually walk on without being sideswiped by motos, rickshaws, bicycles and cows! Oh, how nice… they painted the park benches! And, people are sitting on the grass, having a picnic, enjoying their public spaces! And, are those birds singing?” 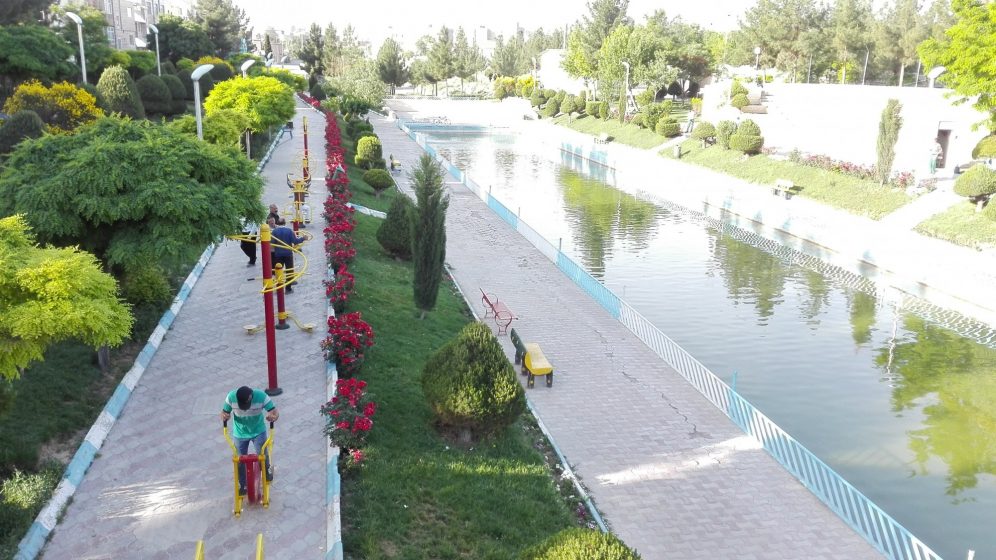 Lluís and I fully savor these small pleasures as if we are experiencing them for the first time. We will have the same reaction with almost every city we pass through during our approximately 1,500-kilometer, 2.5-month walking journey in North Iran. The shellshock from seven months of exhausting, psychologically-scarring walking in filthy, noisy, chaotic, overpopulated and overwhelming Bangladeshi and Indian cities, finally, starts to fade.

But, the high we feel from being in Iranian cities, where access to public spaces appear to be a priority and where many crews are hired to keep these spaces clean, lasts only in the cities.

Out in nature—along the roads beyond city limits, on the main thoroughfares cutting through national parks and at Caspian Sea beaches—we see a significant disconnect. Piles of trash, usually picnic-related trash, litter the landscape. It’s disappointingly heartbreaking. 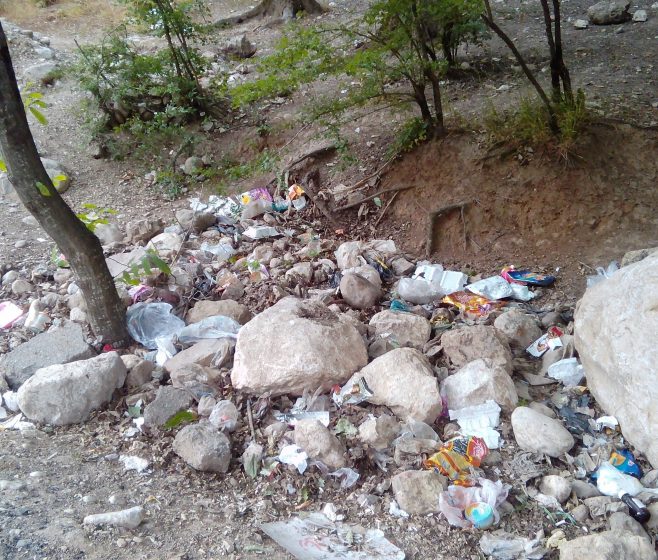 We find ourselves asking over and over, who are these people who are leaving behind their soda and doogh (a local yogurt drink) bottles, disposable picnic tablecloths, and styrofoam food trays with grains of rice and grilled chicken bits? How can they be the same people who keep their homes and cities practically spotless? How can the Iranian love of picnicking anywhere in the outdoors where the mood strikes—one of the most social aspects of Iranian culture we have partaken in and enjoyed immensely—be such an enemy to the country’s natural beauty?

We posed these questions informally to people of all ages and economic status along the way. When they ask us how we like Iran, we answer, “You have a beautiful country filled with wonderful, generous and kind people. But, honestly, the trash left behind from your picnics is a real eye sore. As much as we wanted to enjoy your very pretty Golestan Park or beaches, we found it difficult to look beyond the trash. How can this be?”

People shrug their shoulders. They sigh a deep sigh filled with lament, regret and resignation.

“Yes, it’s a big problem. People throw their trash out of the windows as they drive by. These just don’t care about nature,” some people say, shaking their heads, ashamed.

Others add with a hint of dismissiveness, “If there is no trash bin exactly where they are sitting, people won’t look for one.”

Several get defensive, “We take our trash with us and throw it away when we see a container or when we get home. We don’t know why others can’t do the same!”

“What can we do?” some ask us, hoping that the foreigners can bring insight to a matter they interpret as beyond their control.

We are quick to say that our countries are not much better than Iran, and that we too struggle with this same dilemma. We applaud how much Iranians use their open spaces and really appear to enjoy being outside in nature. We come up with ordinary solutions such as putting more bins in places where people gather, imposing a heavy fine for littering, organizing community clean-up days, and educating people about how to better manage their own waste.

There’s a suggestion to return to the “old ways.”

“Historically Iranian people had cloth bags to carry their stuff, but, nowadays, they have forgotten their traditions. Unfortunately, they prefer to clean their own house without any notice to the state of their environment,” says Eskandar Gordmardi, director of natural habitats of Iran’s North Khorasan province, adding that municipalities and the Department of the Environment can only do so much in public places and that individuals need to take more responsibility for their behavior.

See more about the Bangkok to Barcelona trip here.
Gordmardi’s comment reminds us of the neon-colored reusable baskets we saw some Iranians use. They load up these trendy baskets with real dishes and glasses, and haul them home to wash post-picnic. Making a picnic a fashion statement may help usher in new thinking around product reuse, but, still, disposable plastic is easier and vastly more convenient for a significant number of people.

Several people, including a park ranger we spoke with, emphasize the generational gap around environmental consciousness.

It will take time to fix this issue, the ranger tells us over tea at an aid station near the park. He says, “I think we don’t have enough culture about nature and picnics in nature. On the other side, we don’t have enough training about how [to engage] with nature and we have to put some courses about this topic in … high school and elementary school.” Older people, he says, think it’s OK to leave their trash wherever they want, and don’t see it as a problem. The younger generation is much more aware of this, and are more sensitive to it, he adds.

We feel that to be true.

We sat in on group conversations and oral presentations at an English school where the topic of the day was taking care of the environment.

These teenagers and young people spoke, with high English fluency, about the dangers of polluted water and forests and the consequences of not having clean green spaces in areas beyond municipal jurisdiction. They eloquently suggested tighter government controls, more corporate accountability and responsibility, and city-level recycling programs.

We agreed that those measures are necessary, but we wanted them to also have a personal stake in the world around them.

“And, what can you do, as an individual, to clean up the spaces around you? How can you show your family and community the value in protecting the nature, the forests and the sea you all say you love? What can you do in your city, today, right now, that can be replicated in natural areas outside your city?”

Their responses were as ordinary as ours were. Pick up the trash after we picnic, and dispose of it properly. Separate recyclables. Be an example to others and not accept that throwing trash from car windows is OK.

We nudged them to think about other things that could have a lasting impact. We, too, wanted to hear about and consider innovative ideas. This is, after all, not only an Iranian issue. Every country we walk through, and every country we have ever visited or lived in, is dealing with these same problems and addressing them largely in the same way—at a relatively basic level.

Our time runs out, with questions lingering and answers pending.

We walk on, kicking through other people’s trash and wondering how to reconnect the joyful picnickers with the delicate urban and rural spaces around them.


Cities have long been seen as the antithesis – or, at least, the absence – of nature. Yet in recent years, environmentalists started rethinking their long-held prejudices against urban areas. The rise of neighborhood-based environmental justice movements, beginning in the 1980’s,...