Do larger trends associated with neoliberalism and xenophobia simply cancel out participatory efforts at urban planning? Are inclusive renewals inadvertently widening the gap between the haves and have-nots and contributing to local conflict?
In the last three decades, Copenhagen has shifted from an obscure Nordic capital to a leading global city. It is known for progressive environmental policies, an enviable public transportation and cycling network, and numerous public green spaces, earning it the European Green Capital Award in 2014. Moreover, Denmark is repeatedly pointed to as one of the happiest countries in the world by various indices. It is praised for having a robust social welfare system yielding comparatively high rates of equality.

On a meta-level these claims appear true, but what is often overlooked is the country’s slide into the same neoliberal order the rest of the world has faced. This entails tremendous pressure to grow, privatize, and become further entangled in the web of global finance capital. In Denmark, like other Nordic countries, this familiar move has begun to yank at the seams of the social welfare system, with a tendency towards a political shift to the right, replete with austerity policies and an increasingly xenophobic slant.

When we zoom in on the ground to Nørrebro in Copenhagen, one of the most vulnerable neighborhoods in the country, this shift is shift is manifesting into rapid gentrification, crackdowns on homelessness, and slashes to public funds that fall heavy on local activities including urban green spaces. Here, “Folkets” Park, or “The People’s Park”, which has served as a valued green space for community-building, local activism, and recreation, is now also a site of intensifying struggle amongst incoming middle-class residents, long-term immigrant residents and their descendants, neighborhood activists, and homeless migrants.

While Folkets Park has seen managerial and aesthetic shifts over the years, it has endured as a battleground for environmental justice. During the 1970s and early 1980s in the traditionally working class neighborhood of Nørrebro, activists and residents demanding quality and affordable housing clashed with a technocratic, top-down municipality that aimed to renew what they deemed as a “disadvantaged” neighborhood. Inexpensive housing to accommodate a swelling population coupled with poor facilities had produced a dank, unhealthy environment. Allied with private development firms, the municipality instigated a sweeping demolition and reconstruction agenda. Residents, who preferred the renovation of existing buildings rich with local identity, resisted top-down development by squatting buildings. Moreover, residents wanted a greater say in how exactly their neighborhood would transform.

In the midst of demolitions, residents were experiencing open spaces where they lived for the first time. They quickly laid claim to these sites, using demolition debris as well as trees and shrubs from local allotments to cultivate open, green spaces with their labor and new visions for the neighborhood.

While most plots were reclaimed and built up by developers, even despite violent resistance by activists, one small, half-hectare plot survived: Folkets Park. Yet it was not without a fight. Municipal authorities attempted to reclaim it several times, even sending in bulldozers in the middle of the night. But by 2004, the struggle for distributional justice of open, green spaces in the low-income neighborhood of Nørrebro succeeded, and Folkets Park was officially recognized by the municipality (KK 2004).

In the following years, the struggle for justice in and around Folkets Park continued to evolve. Following official recognition, the city determined the park needed a makeover. Several rounds of renewal ensued in the mid-2000s and again in 2012, alongside a notable rise in both local gang membership particularly among male youth of Middle Eastern descent, and the presence of homeless persons primarily of West African origin. The city pointed to these user groups as part of the justification for intervention, with the objective to establish greater security and a ‘space for all’. Early renewal attempts aimed at for local participation, following a global trend toward inclusive urban development but perhaps especially, in recognition of the legacy of contestation in the neighborhood. The early attempts at park renewal faced eventual criticism. Residents were frustrated with high costs, physical outcomes, and little meaningful change to the neighborhood’s persistent socio-economic challenges.

More inclusive processes were adopted in subsequent renewals—notably in a renovation that ran from 2012-2014—featuring intensive community interviews and eventually, physical park modifications that genuinely reflected the interests of marginalized users. Armless benches accommodated those sleeping outdoors. Track lighting left areas in shadow, providing some users with feelings of security (despite the municipality’s initial protests that more lighting was key to safety). That marginalized users’ needs were reflected in the park design showed promising signs of procedural justice taking hold in the area, reflecting an evolution in how city officials—or as in this case, private urban development consultants hired by the municipality—approached urban development.

Copenhagen seems to have taken on a model of participatory planning as a reflection of its creativity, inclusiveness, and even reliance on residents to participate in urban development. In Nørrebro, diversity is celebrated (though some say commodified), with the official tourism agency labeling it as ‘colorful’ and ‘multicultural’. Its surge in popularity has led to dozens of new shops and cafes, garnering international press coverage and ranking in Vogue’s “Coolest Spots in Copenhagen”.

This, of course, has its consequences. Housing prices are skyrocketing. The country is embroiled in debates around the nature of “Danishness”, with divisive narratives being pushed by leading political parties against non-white Danes and legal non-white residents. New xenophobic housing policies like the “Ghetto law” aim to disenfranchise and expel certain residents. Meanwhile, city officials have launched a crackdown on homeless in Nørrebro, in an attempt to rid them from areas like Folkets Park that seem to increasingly cater to wealthier residents—thanks, in part, to its various makeovers.

This leads us to wonder, do larger trends associated with neoliberalism and xenophobia simply cancel out participatory efforts at urban planning? Are inclusive renewals inadvertently widening the gap between the haves and have-nots and contributing to local conflict? What happens after hard-fought battles for distributional and procedural justice are seemingly won?

Amidst these developments, there are lessons from analyzing four decades of struggles over Folkets Park. One: justice hangs perpetually in the balance and the struggle never ends. In the context of the neoliberal city, messy conflicts and local activists’ efforts to balance the scales in favor of social justice actually matters for securing rights to the city for marginalized and vulnerable groups. Without these efforts, urban managers would have long ago paved over much needed open spaces like Folkets Park and pursued top-down urban development agendas, irrespective of local residents’ needs or aspirations. Two: the resistance to top-down urban renewal, which appeared messy and unruly at one point in time, has come to be celebrated today in Copenhagen, and paradoxically contributed to changing norms around urban green spaces and urban development. Folkets Park thus continues to remind contemporary urban planners that their actions today will be judged, and celebrated or reviled, for generations to come.

This post originally appeared on BCNUEJ’s Green Inequalities blog and is based on a recent open-access paper by the authors: Rutt, R.L. and Loveless, S. 2018. Whose Park? The forty-year fight for Folkets Park under Copenhagen’s evolving urban managerialism. People, Place and Policy12/2: 99-117. 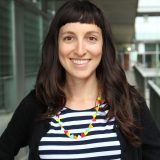 About the Writer:
Stephanie Loveless

Stephanie Loveless is a researcher at BCNUEJ focused on greening and urban renewal in European and North American Cities. She currently works as a PhD fellow on the GreenLULUs project at BCNUEJ as part of a team effort centered on investigating the relationship between urban sustainability planning and potential impacts on human health, well-being and environmental justice. 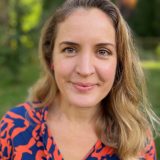 About the Writer:
Rebecca Rutt

Rebecca Leigh Rutt is a dedicated local volunteer, grassroots activist, and an Assistant Professor of European Environmental Policy, at the University of Copenhagen, Denmark.

9 September 2018 Tales from the London 2018 Heatwave. But Are We Listening? Paula Vandergert,  London


The 2018 London heatwave lasted weeks! I know we Brits like to talk about the weather—but honestly, it has been really hot—and it’s unheard of to be able to go for weeks without worrying about bringing a cardigan, umbrella, or...

A Tiny Food Forest? As in, an edible forest? At school? Driven and designed by a bunch of 4thgraders? Absolutely. This project became a reality thanks to a dedicated team of enthusiastic individuals (children, teachers, directors, policymakers, nature educators, parents, neighbors, designers, and scientists) in the mid-sized town of Ede in the Netherlands: A green schoolyard for the entire school...

Story Notes: A casual chat on a bus nearly thirty years ago led to the improbable removal of a major elevated highway and the restoration of a beloved river in the old city center of Seoul in South Korea. Dr....