“Absences should not cause us to look elsewhere, but to look closer.” i

When commuters once again gather at the metro station, they will join the sound of fauna and the fragrance of flora in an atmosphere of palpable connections. Perhaps we may insist on sharing that space with a revived sense of the need for a radical redistribution of resources and care.
I have been working on a mind map of emptiness, inspired by an old Wiccan meditation practice of gazing into a bowl of water and trying to see the middle of the water.ii In the middle of a large sheet of newsprint, I encircled the word “emptiness” and build outwards with interlocking shapes. This is the experiment design phase of my practice, so it is yet to be seen if it will become a work of art, writing, or exhibition.

Like any research project, this began with a question. I was struck by how conversations about the ocean describe the ocean in terms of the material in it. The salt, the warmth, the life, the boundaries. I thought about the tremendous verticality of the water cycle and wondered if there was a way to share the awe of that zone without resorting to giant squid, rims and trenches, or garbage patches. The ocean is mostly de/void space, so we are unable to gain any focus on it—like looking into a bowl of water. Can we talk about the emptiness—which is surely integral to the fullness by virtue of the fact that it exists? Can we talk about the emptiness in its own terms?iii At this stage of mapping, three quadrants are revealing themselves: air, ocean, and emotion.

I’m drawing this map in my home office, which has a window and a small balcony that looks from one story up onto a three-lane road. I can see an autoshop, a gym, a dive bar, and a pizza place as well. It is not highly trafficked, but it is a route for big rigs, and has a few bus lines that stop at the metro station, where I can see commuters move in and out of the building’s bright, brutalist entrance.

This is to give you an idea of how what I can see from my office is a good indicator of human behaviour. The view doesn’t change much when the weather is nice (like it would if the street were lined with terraces), or on a first Friday (like a street lined with galleries). What I overlook is the movement of the every-day. These days, I bear witness to the quarantine with a view that overlooks the emptying of a nondescript corridor.

Empty can speak to a present nothing, but mostly it means that something that ought to be there is not there. Empty does not mean unexplored. If something ought to be somewhere, if somewhere ought to have something in it, then we, humans, have always found a way to fill it: dark matter, sea monsters, commodities.

When you try to focus on the water and not the bowl, you realize it’s not empty—emptiness is not a state, it’s a metaphor. The state that emptiness is often trying to describe is merely homogeneity. What it is, is substrate without any noticeable change within it. A substrate that can accommodate something other than itself, be divided, be combined, be contained—even, in some cases, be released.

The air is a substrate. If I try to look at the air between my office and the metro station without looking at the things that are not air, it is hard to see.

Funny thing, though: wouldn’t you agree that wind is not air? In motion, air becomes a force of nature, its effects perceptible in myriad ways, while still air somehow ceases to exist.

In the quiet of a deserted urban corridor, bird song, insect buzz, the scent of lilacs, catalpa, and a distant radio rush in to fill the air like a vacuum-sealed container popped open. And now, on this street, even air is not air because lingering in the space between my body and yours is our respiration, our habits, our households, and, perhaps most densely, a microscopic, sun-shaped enemy. Suddenly we can bring the emptiness between us into focus.

I wanted to think about the emptiness of the ocean because emptiness is political. Colonialism requires a perception of emptiness in order to occur. To consider the Atlantic Ocean empty is to actively deny that it is also a graveyard for enslaved people—a place of mourning and culturicide.iv Twentieth-century British marketing understated the vastness of the spaces between their colonies and thus implied dominion over them,v and Victorian cartographers depopulated South Eastern Africa all together in order to prove its readiness for European settlement.vi The scene from my office window is a direct descendent of the earliest alterations committed on the land by French colonists who did not see that Turtle Island was replete with people and landscape because their eyes could gain no focus on that which was not domesticated in their terms.vii The systems that care for certain human lives more than others do so because they can’t fix their vision on the life contained in the body—these eyes have learned to see some bodies as empty, not necessarily articulated as void space, but in the othering language of exoticism and wilderness.

If I can find a way to describe the homogeneous substrate of the open ocean without recourse to life, boundaries, or change, then I may be able to address the lack of care that so profoundly affects it by giving it its own form on which to focus. Language comes into play here, if metaphor is allowed into the discourse: not, “There’s nothing here,” but rather, “This place is filled with material that is unconcerned with how it will accommodate our bodies.”

Emanuele Coccia speaks about immersion in his 2017 Life of Plants (tr. 2019), saying: “Plants…allow us to understand that immersion is not a simple spatial determination…[it] is an action of copenetration between subject and environment, body and space, life and medium…otherwise one would speak simply of juxtaposition or contiguity between two bodies touching at their extremities”.viii Human bodies, he says, feel this most acutely when they swim, as water acts upon them and they act upon the water in equal, indistinguishable, measure. I think of the work of Agnes Martin, who, according to Olivia Laing, hoped that her monotonous, haunting paintings would “have an emotional impact on you that was like walking up to the ocean, that flooded you with a kind of feeling of happiness,” ix as well John Cage’s 4’33”, which, in its silence, reifies all sound to the status of music.x Works like these have the effect of inverting the primacy of the world and the atmosphere; the universe of things and the universe-as-thing.

This is all to say that there is no such thing as emptiness, only substrate, and that there is no such thing as empty, only more and less full of that which we acknowledge and value. In quarantine, we can feel the fullness of our environment pressing on us with force. It is filled with anger and anxiety, gratitude and hope. It is less filled with friends and family, museums and movie theatres.

I’m looking at my map of emptiness, and about what compelled me to take this tangent from the open ocean—arguably the least urban place on the planet—to my asphalt landscape. This week, the air was filled with willow pollen, reminding me of marine snow or microplastics caught up in currents. They make wind visible to me and remind me that the air is teeming even if I can’t see it. To me, this responds to Bruno Latour’s call for reflection on what habits we may wish to reconstruct or to interrupt completely.xi In our eagerness to rush back to the exterior, the status quo will latch on to us when the seal of quarantine is broken, as though the street were an empty stage, waiting docilely for players to return and perform the every-day upon it. To prevent this, we may use our apparati of perception to fill the space—to understand that it is not a vacuum.

When commuters once again gather at the metro station, they will join the sound of fauna and the fragrance of flora in an atmosphere of palpable connections. In the same way that finding focus in the deep open ocean may give us the motivation to attend to it, now that we can see the air in between my face and yours, we may insist on sharing that space with a revived sense of the need for a radical redistribution of resources and care. 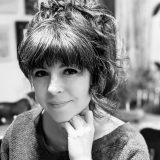 About the Writer:
Lucie Lederhendler

Lucie Lederhendler has been the curator of the Art Gallery of Southwestern Manitoba, a community-engaged, contemporary public art gallery, since 2021. Her research is concerned with the ecosystems of mythologies and the mythologies of ecology. She is a lecturer in art history at Brandon University.

Cities should be collaborative creations, no? Various professions, ways of knowing, modes of action, governments, and the people that live there, work together (we hope) to build their city from their shared and often contested values. And we need to find greener routes to built cities for them to be sustainable. This mixing of different ways of knowing into shared...

Rachenahalli is one of the few living lakes of Bangalore, in the north of the city. It is connected to water bodies upstream and downstream, particularly Jakkur Lake in the northeast. Both of these lakes have been rejuvenated, at substantial...

15 March 2015 Extinction of Experience: Does it Matter? Marianne Krasny,  Ithaca

Right after I graduated from Cornell, I took off for the North Cascades wilderness. First as a student and later an instructor for the National Outdoor Leadership School, I spent summers in Glacier Peak Wilderness Area, ice climbing out of crevasses,...