We read two stories: Claire Stanford’s “Neither Above Nor Below” and Elizabeth Twist’s “May Apple”. Both stories were prize winners in the original Stories of The Nature of Cities 2099 contest.

The Stories are read by actors Howard Overshown and Dori Legg.

Authors Claire and Elizabeth are then joined for conversation by ICLEI’s Paul Currie from the Biodiversity Centre in Cape Town.

“Neither Above Nor Below”
Hasan chases a turtle around the waterways of a flooded Jakarta.
Read by Howard Overshown

“May Apple”
Sammie receives her seeds to look after on her 21st birthday.
Read by Dori Legg

Our sponsors and partners: 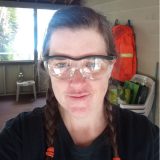 About the Writer:
Elizabeth Twist

Elizabeth Twist writes speculative fiction, some of it dark, some of it dreamy. She loves the wobbly line that separates the known from the unknown. Her work has appeared in NonBinary Review, AE: The Canadian Science Fiction Review, and most recently in The Fiends in the Furrows II: More Tales of Folk Horror. She lives in Hamilton, Ontario. Find her on Twitter @elizabethtwist. 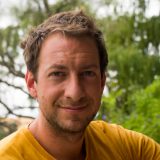 About the Writer:
Paul Currie

Paul Currie is a Senior Professional Officer in Urban Systems at ICLEI Africa. He is a researcher of African urban resource and service systems, with interest in connecting quantitative analysis with storytelling and visual elicitation. 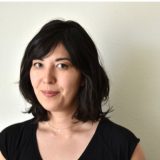 About the Writer:
Claire Stanford

Claire Miye Stanford is a PhD candidate in English at the University of California, Los Angeles. She holds an MFA from the University of Minnesota, and her fiction has appeared in The Rumpus, Black Warrior Review, and Tin House Flash Fridays, among other publications

26 March 2018 Protecting More with Less: More Nature in Cities with the Science of Strategic Conservation Will Allen,  Chapel Hill


Not long ago, cities and nature were usually seen as two separate things. Thankfully nature and cities are now being acknowledged as inextricably linked, and an exciting and expanding movement is emerging to invest in green infrastructure that helps make...

9 March 2014 Graffiti on the Path and the Nature of Public Space Paul Downton,  Melbourne

The nature of cities is inextricably tied to the nature of public space and this blog is about just a small part of that ‘nature’. It was inspired by what appeared to be graffiti on a public footpath that runs along the street where I live, in sunny Semaphore, South Australia. Now I appreciate intelligent, well-executed graffiti. I like the...

I started my research as a landscape architect and urban ecologist in St. Petersburg, Russia. My home town is one of the biggest European cities and it is famous for numerous historical landscapes. In that time (1990’s) investigation of urban...