The read stories are Rym Kechacha’s “Old Father Thames” and Alyssa Eckles’ “Uolo and the Idol”. The Stories are first read, then authors Rym and Alyssa then join David Maddox for conversation.

“Old Father Thames” by Rym Kechacha
The narrator gets swept away by Old Father Thames after playing on a riverbank and ignoring a flood warning. Read by Lucy Symons (London).

“Uolo and the Idol” by Alyssa Eckles
Uolo discovers an idol of a woman while fishing in the automobile reef. Read by Bernadette Dunn (New York). 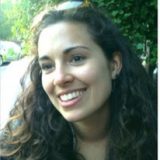 About the Writer:
Rym Kechacha

Rym Kechacha is a writer and teacher living in Norwich, UK. Her debut novel, Dark River, was published this year by Unsung Stories. Find her on twitter @RymKechacha 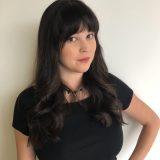 Alyssa Eckles is a writer of greeting cards by day, and fiction by night. Her work has been published in DreamForge Magazine, Deep Magic, and several anthologies, and you can find her cards wherever American Greetings brand is sold. Follow her on Twitter @alyssaeckles.

12 May 2016 Changing Climate and Changing Cities: If You “Dress” Urban Planning Differently, You May be Able to Cope Paula Villagra,  Valdivia
Álvaro González Reyes,  Valdivia

We live in the city of Valdivia, located in southern Chile (40° S), known in the country for its good quality of life, high biodiversity (particularly the Valdivian temperate rain forest) and a high annual rainfall (2m average). This last...

Cities around the world are using the arts to enhance urban aesthetic experiences and motivate innovative environmental activism. Manifesting as flash mobs, immersive street theatre, bike parades, pop-up installations, zero-carbon concerts, and participatory storytelling, artists are using their creativity and ingenuity to draw attention to and propose solutions for the environmental challenges of the 21st century city. Often referred to...

20 October 2015 Turning to the Flip Side Maruxa Cardama,  Brussels

On the flipside you can do anything (…) the flipside bring a second wind to change your world. Encrypted recipes to reconfigure easily the mess we made on world, side B —Song ‘Flipside’, written by Nitin Sawhney and S. Duncan My...