Citizenship is derived from city, and floristry from forest or jungle. Forest and human being live a socio-ecological pact in which the forest becomes a new citizen respected in its integrity, stability, and extraordinary beauty. Both benefits, as the utilitarian logic of exploitation is abandoned and the logic of mutuality is assumed, which implies mutual respect and synergy. — Leonardo Boff[1]

2020 has been a year full of uncertainties for the whole world. The COVID-19 pandemic has forced us to change our perception in many aspects of daily life.

This work is long and has not been easy. Sometimes we are discouraged by lack of resources and understanding, by violence, by increases in poverty, by politics, by the realities of Colombia. But our hope is still alive, and we remain motivated to contribute our little piece of peace to the life of this beloved corner of the hills of Bogota.
In times of compulsory quarantine, we citizens of Bogotá have had to look to the hills again. The over 13,000 hectares that makeup Bogota’s Eastern Forest Protection Reserve, commonly known as the Eastern Hills[2]—in which the localities of Usaquen, Chapinero, Santa Fe, Candelaria, San Cristobal, and Usme are located—seem unperturbed by what is happening in the city, in the country, in the world. It seems as if this piece of the Andean mountain range is statically watching over the life of its inhabitants from its 3,600 meters of altitude.

The country’s capital is a privileged city, as it is surrounded by a majestic mountain range, a set of moorlands[3], peaks, and multiple watercourses that have unfortunately been barely accessible to its inhabitants.

This low access is a subject of reflection and action for those of us who are part of the Bogota Hills Foundation (Fundación Cerros de Bogotá) and for the various groups formed for the defence and the informed and sustainable use of the hills. We assume ourselves as citizens in the high plain tropical forest in the region of Bogota. We extend this type of citizenship “inter-retro-connected” in a new civilizing narrative. In an area of transition between the city and the forest reserve, we promote ways of relating to others and nature in an urban-rural peace process within a city of more than eight million inhabitants, and in a country that is still trying to understand what this means on a national scale. That is why we are agents of peace.

Quarantine does not stop life in the hills

During this year, which has been full of uncertainties, intimacies revealed in virtual meetings, and work with people who only know each other through a screen, the strength and passion of a group of florestanios (“citizens of the forest”) added to the fears derived from the scarcity of opportunities or resources and generated a challenge of creation and intense movement.

The quarantine, which has just been lifted in Bogotá after six long months, shows the impact that the pandemic has had on the streets, on businesses, and on meeting places. We can now see the citizens, almost hidden behind their masks, walking at a different pace of life.

Despite this landscape, life buzzes in the Eastern Hills. Nourished soils and others in the process of regeneration, species of fauna and flora as well as the bodies of water that surround it give life to the city, clean the air, provide a sense of well-being, and reaffirm the sense of belonging.

Apart from the importance of their very existence, the hills are also subjects of reinvention. Coinciding with our 11th birthday, as Bogota Hills Foundation, we decided to launch the campaign: The Hills Save Us to highlight the vital and protective role of the hills for the city and reiterate the importance of complying with the ruling of the Council of State that ordered the creation of a social, ecological, and recreational corridor. A need that became more evident in these times of pandemic and quarantine. #LosCerrosNosInspiran (#TheHillsInspireUs) #VozCerros (#HillsVoice) #VisionCerros (#HillsVission) #LosCerrosNosSalvan (#TheHillsSaveUs).

During these six months, we worked intensely to launch the largest platform with complete information about the Eastern Hills, its people, its flora, its fauna, its moors, and its water basins. In addition, citizen initiatives, projects undertaken with children, footpaths, historical studies, and neighbourhood histories are shown there. The citizens will be able to take the hills home thanks to the drawings we designed to download and colour, and, in the process, learn names, toponyms, and sacred places.

A socio-ecological project that cannot be postponed

As “florestines” citizens, we have witnessed the changes that have altered the ecosystem of our hills, and, perhaps pretentiously, we have always said that the mountain needs us for its restoration. We make plans and talk about how necessary these actions are to recover the biodiversity lost by the construction of the city. But at this historic moment, after having spent six months in quarantine, we have seen from our windows the wonderful chain of life. We have breathed the fresh air; we have rediscovered the landscape and only now do we realize that it is not we who will save the hills, but they are the ones who can save us.

In light of the current crisis, the need for green spaces in urban environments – for us and for the whole world – has become clear and precise. People from different latitudes found there a source of strength to face the crisis. However, in other cities, perhaps in too many, the deficiency of safe and accessible green spaces that affect the improvement of the physical and mental health of the communities became evident.

To corroborate this statement, it is interesting to mention a survey carried out by Greenpeace Colombia, as a result of the isolation, in which it was found that 41% of the people interviewed currently value public green spaces more and consider it important to expand, take care of and protect them for the good of the people and the communities, in addition to promoting their sustainable use. Likewise, according to what was observed by the Bogota Hills Foundation at this time, the pressure from citizens to walk the trails, even at the risk of safety, shows the acute need for natural spaces without congestion.

It is precisely this scenario that has motivated us to insist on the possibility of building a shared vision and comprehensive management for the city’s eastern hills. The Foundation dreams of creating a socio-ecological corridor in the Adjustment Strip that restores existing trails with native species and integrates new public spaces. The dream also involves neighbours and hill leaders in the care and management of this new urban ecosystem (what the Foundation calls neighbourhood pacts). The neighbourhood pacts will be trained guides and share stories about ethnobotany, geology, and environmental history at lookouts, among native species as cedars, tibars, tunos, and amargos[4], through visible and clean streams, while spotting Andean guans, hummingbirds, weasels, and frogs.

This affectionate and productive coexistence of the citizen with the imposing Eastern Hills, utopian or risky for some, is already becoming a reality through a small living laboratory in the three hectares of the Civil Society Natural Reserve called Cultural Threshold Horizons. There, with the collaboration of volunteers and experts, talks, collaborative restoration with native species, orchards, and composting processes have been carried out, forming a pilot project that can be replicated as private property for public use.

The Natural Reserve acts as a laboratory of collaborative transformation and, through a volunteer program, we have been carrying out participative restoration for five years now (730 plants of more than 33 different species)[5]. We also generate collective works such as the creation of barriers and filters to retain plant material, mitigating the impact of rain on the area; we produce land art, and offer weekly talks on urban ecology called Cátedra Cerros Bogotá (Bogota Hills Chair) in which the mountain takes the stage.

This work is long and has not been easy. Sometimes we meet walkers who do not fully understand our work. We are discouraged by the lack of resources or frustrated by the slow progress of our activities. We are also overwhelmed by the reality we live in our country, the violence, the attacks on environmental leaders, the increase in poverty, and the generalised pain of a country that resists change, even though it tries hard. We are sometimes saddened by the lack of will and political action to restore the Eastern Hills to its role within the community. However, our hope is still alive, and we remain motivated to contribute our little piece of peace to the life of this beloved corner of the hills of Bogota[6].

[2]The hills shelter 91,444 inhabitants (2018) distributed in 64 neighbourhoods between the localities of Usme, San Cristóbal, Santa Fe, Chapinero, and Usaquén.

https://www.gbif.org/, the Bogota’s Eastern Forest Protection Reserve, as of August 2020, has 1673 species of flora and fauna, of which 137 are endemic, that is, their geographical distribution is limited to this area.

Sobre The Nature of Cities 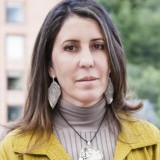 3 thoughts on “The Hills Save Us”

15 February 2017 Take a Walk on the Wild Side: Evolution in the Streets Marthe Derkzen,  Arnhem/Nijmegen


I read this article by Menno Schilthuizen, a Dutch evolutionary biologist and ecologist, about the evolution of animal and plant species taking place in cities. In cities, evolution is propelled by two forces: the known laws of ecology AND the...

In a previous essay, Size Doesn’t Matter, Really, I made the case that even small scraps of urban green, such as Portland’s one-square-block Tanner Springs Nature Park can provide significant benefits to a community. Located in the city’s intensely developed Pearl District, Tanner Springs provides access to nature to thousands of nearby apartment dwellers and contributes to urban biodiversity as...