If we want to conserve species inside cities, we need to develop better plans to protect larger natural habitats, at scales species need.

How big is your house and property? Is it smaller or larger than you want it to be? Or is it just the right size? Do your house and property give you all that you need? Do you live in a neighborhood with many neighbors or not enough? Are your neighbors at the right distance, or too far or close than you want? The responses to these questions make it clear in several cases that we decide to move from our actual house and neighbor to a new one or to stay where we are. But, why am I asking this to you? It is because animals respond to similar types of questions to decide where to establish a territory (have a house) or if to stay in the established territory. And have you ever wondered how big or small the territories of the animals are? Or if individuals of the same species have territories of similar size? Or if animals living inside cities have smaller or larger territories than animals in natural habitats such as national parks or larger forest areas?

Before I go in-depth on the previous questions and provide some examples, I would like to bring attention to how scientists measure animals’ territory size and why this is so important from a conservation perspective. To measure territory size in animals it is necessary to individually identify the animal. To do this, scientists use marks that allow them to recognize each individual and then follow each individual to determine which is the habitat area they use. For example, radio collars are used to mark large mammals (e.g., bears, lions, hyenas, wolfs, monkeys, or elephants), birds (e.g., eagles, turkeys, geese, toucans, parrots, or ducks), or reptiles (turtles, crocodiles, or snakes). Each radio collar transmits a unique signal to the receptor (an antenna) that follows the area used by each individual. For small animals (beetles, butterflies, frogs, birds, lizards, mice, or squirrels), it is most common that the use of color bands, color rings, or color marks visually allows identifying each individual and mark using a GPS where the animal is. Finally, with the reduction in the size of microchips and their cost (not enough yet), it was possible to develop transmitters that could be detected using cell phone towers or satellites and obtain the position of the individuals in real-time. Actually, these types of studies have increased in importance due to the destruction of natural habitats associated with agricultural or urban development because it produces a reduction of the natural area available to establish a territory. This reduction of natural areas means that animals also reduce their numbers because they did not fit in the available area, consequently reducing the population size of each animal. However, not all animal species are decreasing in numbers since the creation and expansion of urban areas increases the availability of this novel habitat (have less than 6000 years of existence) and the group of animal species associated with this habitat (e.g., mice, rats, pigeons, foxes, sparrows, starlings, raccoons, etc.) increase too.

These three species showed larger territories in the less preferred habitats, the House Wren had larger territories in natural habitats, and the White-eared and Cabanis’s Ground-sparrows inside cities, contrary to our expectation. This may happen because, in less preferred habitats, obtaining resources (e.g., enough good food and nesting materials) is harder, because plants they use to eat do not produce enough fruits and seeds and are less common, insects that are part of the diet also decrease because we apply a lot of chemicals to control them inside cities or do not plant the correct plants for them to occur. Therefore, birds need to have larger territories to survive and reproduce.

So, this unexpected result about territory size inside cities for species that occurs previously but, after the city development decreases in number, it is worrying. This is because they are rare (lower abundance) and need larger territories to survive, two characteristics that increase the probability to disappear from the remaining natural habitats inside cities. Therefore, if we want to conserve those species inside cities, we need to develop better plans to protect larger natural habitats or to increase the amount of plants birds need to eat or attract insects they need. Between the things we can do are:

To create or maintain a lower vegetation stratum in parks, because the majority of parks only have grass and trees, and a lot of species need bushes and small trees to survive.

To maintain the leaves on the ground, because those leaves are houses of many insects that are the main food source for birds, lizards, or small mammals; and also produce nutrients for plants.

To promote the creation of natural corridors between natural vegetation patches or parks to allow the animals to move and have access to more resources.

To plan a large variety of natural plants in houses and building gardens, because as larger the plant diversity larger the probability of providing food and refuge to more animal species. 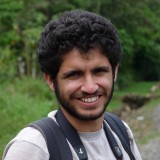 
Sitting in the southern end of Central Park in New York City a few weeks ago, I found myself at what is called the “Literary Walk”. Statues of Robert Burns, Sir Walter Scott, Shakespeare and others decorate a cathedral of...

Pope Francis, City Planner After reading Pope Francis’ Laudato Si, On Care For Our Common Home, I was moved to select references I felt relevant to efforts in Portland to integrate nature into the city and weave nature into the fabric of our urban and urbanizing neighborhoods. I sent a copy to David Maddox, who asked if I would consider...

For the first time in our history, more people live in urban vs. rural areas and humans continue to move into cities. Cities have huge impacts on our natural resources. Urban dwellers consume vast amounts of energy, produce waste, and...