TNOC is an idea hive

TNOC’s Mission: “Of” is a key word in our name: it modifies the word nature to mean the character of cities, through a green, blue, and community lens. We believe the route to cities that are better for both people and nature is through transdisciplinary dialogue and collaboration. The mission of The Nature of Cities is to curate joined conversations about urbanism across ways of knowing and modes of action. We create transdisciplinary, publicly available, and widely disseminated programs, events, knowledge, and engagements for green city making. We strive for cities worldwide that are resilient, sustainable, livable, and just. 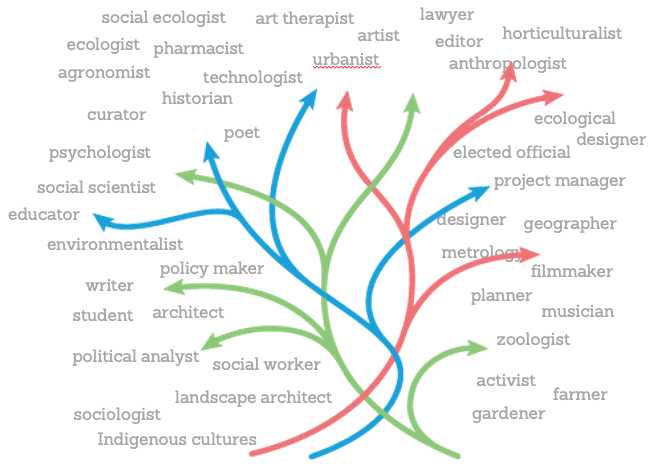 We work in three principal ways. First, we publish a virtual magazine and discussion site featuring, in multiple formats, the diverse work and ideas of our contributors around the world. Second, we pursue partnerships and special projects related to our mission, such as in art, culture, and science. Third, we create innovative and interactive live and online events and conferences that engage diverse voices from multiple ways of knowing and modes of action into joined conversations focused on specific challenges. The most recent of such events was The Nature of Cities Festival.

TNOC was founded and is curated by Dr. David Maddox (New York City), with thanks to and inspiration from Mike Houck of Portland, USA. Write to us at [email protected].

Why do we publish in English? One of the core purposes of TNOC is to share city-building ideas across disciplinary boundaries and geographic frontiers. For better or worse, English is the language that is more likely to be shared among city-builders around the world. Further, we have not wanted to narrow the reach of our essays by publishing regional versions only in that region’s language. The ideas need to be shared more broadly. We simply don’t have the money to translate all of our essays—and anyway, which language(s) would we choose?  We have responded with two imperfect solutions. First, Google Translate is embedded within the site, so readers can choose from their broad list of languages. This tool is improving, and it is certainly better than nothing. Second, we offer to all of our authors that they can provide a second version of their essays in a second language (of their own translation).

Our intended audience is everyone interested in creating better cities that are resilient, sustainable, livable, and just—cities that effectively function as ecosystems and are better habitat for people. Our readers have visited well over a million times, from over 3,700 cities and 100 countries, and are as diverse as our writers. 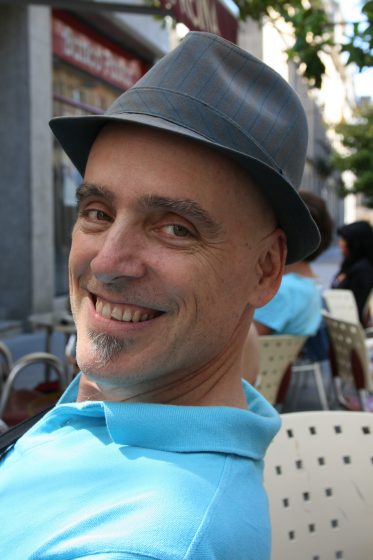 David Maddox
New York
Founder and Executive Director
David loves urban spaces and nature. He loves creativity and collaboration. He loves theatre and music. In his life and work he has practiced in all of these. After a PhD at Cornell he worked at The Nature Conservancy on climate change and stewardship, leaving in 1992 to be a theatre artist. In 2012, David founded The Nature of Cities, a transdisciplinary essay and discussion platform—900+ writers from around the world, scientists to activists, designers to artists. He has published over 60 journal articles and books chapters, edited six books (both fiction and non-fiction), and written 7 works of musical theatre, all produced and three published. He lives in New York City. 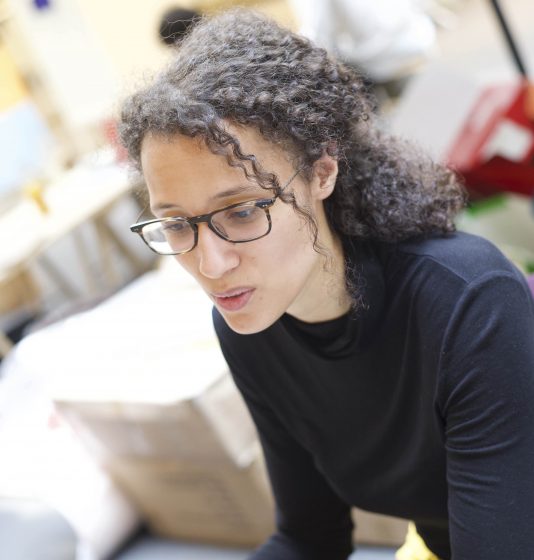 M’Lisa Colbert
Montreal
Associate Director
M’Lisa works to assemble connections and collaboration between diverse groups in cities. M’Lisa is a social researcher by training with a B.A in Political Science and English from Concordia University, and an M.A in Global Development Studies from Queens University where she won a SSHRC Joseph-Armand Bombardier Canada Graduate Scholarship for her research. M’Lisa has worked around the world in North America, South America, and Europe as an editor, writer, researcher, in government relations and communications, in the private sector, and in diplomacy and government. She sees the world as an assemblage of many parts and believes we need to focus on knowledge gathering, collaboration, and a healthier human connection with the planet to survive and thrive in this century. 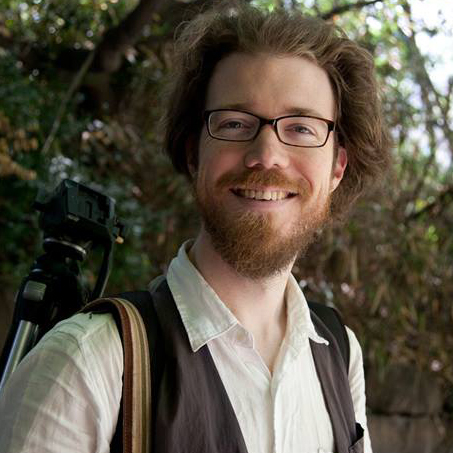 Patrick Lydon
Daejeon
Arts & Events
Arts & Culture Editor at The Nature of Cities, Patrick M. Lydon is an ecological artist, filmmaker, and director of City as Nature, a socially-engaged art and media lab based in Osaka and Seoul, that inspires empathic relationships between people and the living world around us. He has produced exhibitions, workshops, films, essays, natural gardens, and other award-winning projects in North America, Europe, and Asia, and co-directed the documentary film “Final Straw: Food, Earth, Happiness”. Patrick spent several years as a nomad in East Asia, learning from nature and wisdom traditions. He holds an MFA in “Art, Space & Nature” from the University of Edinburgh, School of Architecture and Landscape Architecture (Scotland), and previously studied in the Isao Suizu Project Lab, Aichi University of the Arts (Japan), and San Jose State University (United States). He also thoroughly enjoys learning from trees, soil, wind, the sea, as well as kids and elders. 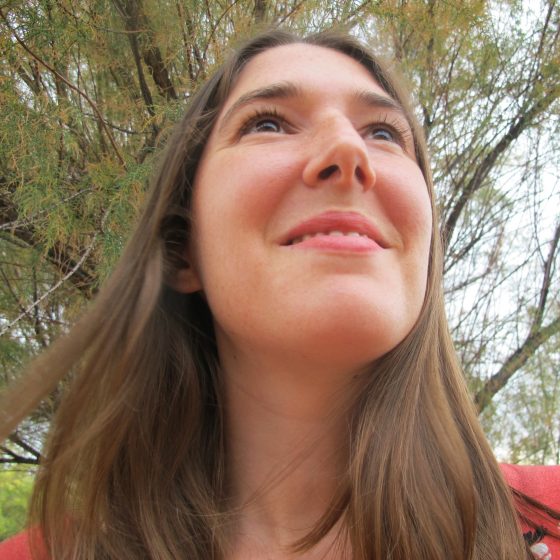 Carmen Bouyer
Paris
Arts & Events
Carmen Bouyer is a French environmental artist and designer based in Paris. Her recent work involves environmental art education, community events in relation to urban agriculture and stewardship, riverside ecosystem restoration, and researches on Neolithic life way transitions in Mesoamerica and Mesopotamia. Carmen’s artistic works have been presented at Palais de Tokyo and Park in Progress in Paris; The Istanbul Art Fair and Halka Art Center in Istanbul; The Maquis Projects Gallery and Port Izmir 3 Triennale in Izmir; The Salone Satellite in Milan; and Pioneer Works and Flux Factory in New York City. As a designer, Carmen created sustainable and environmental designs and community programs for Till Design, landscape architecture studio; Pioneer Works, center for research and experimentation in contemporary culture; and the New York City Urban Field Station, a research partnership between the New York City Department of Parks & Recreation and the USDA Forest Service. 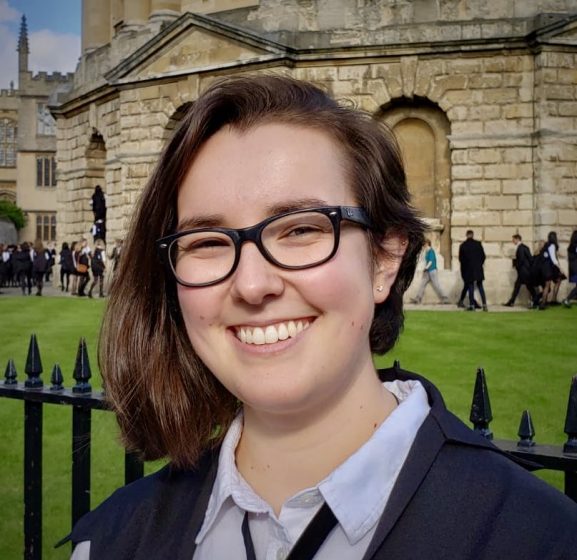 Malerie Lovejoy
Oxford
Editor: Essays, Art Residency, Fiction, Poetry
Malerie Lovejoy is a recent recipient of a Master degree in Literature and Linguistics from the University of Oxford. She currently serves as the Assistant Editor for The Stories of the Nature of Cities, and her work focuses on bringing the practical application of linguistics into mainstream publishing. 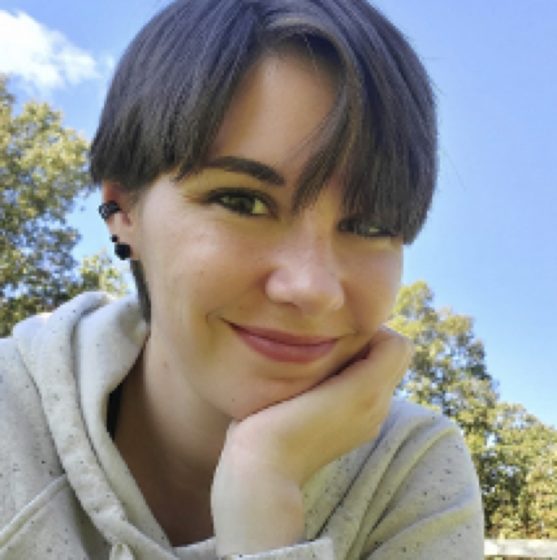 Emmalee Barnett
Springfield
Assistant Editor: Essays, Fiction, Poetry
Emmalee loves the impact the smallest gestures can make in life. She believes a simple word or idea can grow into something spectacular and world-changing if put in the right hands. Emmalee has a Bachelor’s in Literature from Missouri State University and currently resides in Springfield, MO. She is interested in the editing and publishing world since it’s the final step between the creator and the consumer. 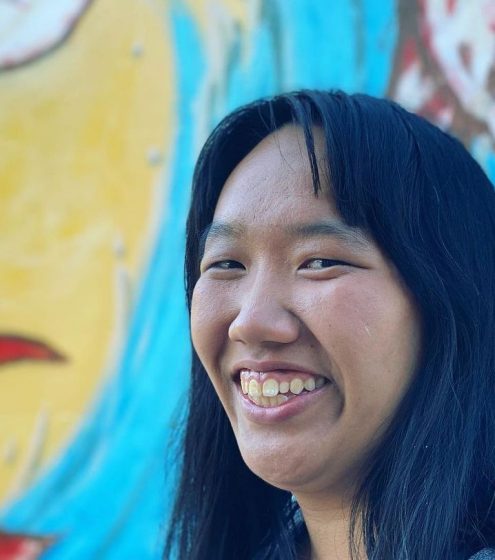 Karen Tsugawa
San Jose
Website and Design
Web developer by trade but artist at heart, Karen enjoys pushing the boundaries between functionality and concept. Her work mainly focuses on the connection to community and self exploration through materiality.  https://www.karentsugawa.com

If you find value in what TNOC does, please consider supporting us with a one-time or recurring gift.
Donate

Design History: Our site is currently designed and maintained by Karen Tsugawa. The TNOC site launched on 12 June 2012, originally designed by Pure+Applied. The site was extensively redesigned in 2014 by Juan Pablo Gomez at jupago.com and by Karen Tsugawa in 2021.

Interested in contributing to TNOC? Write us and tell us a little about yourself and the kinds of things you want to write about.