Parks have been significant sources of open space in urban history, ranging from private, even sacred spaces to fully public spaces serving as central points of social interaction and recreation (Stanley et al. 2012). On any given day, many thousands of people spend several hours outdoors in their local park simply living their lives. In addition to the explicit ‘reasons’ why people visit parks (take children, walk, play, or practice some sport), they are also places for solitude, places to think or talk things out, or places designated for slowing the pace of life (Greenhalgh and Parsons 2004). What are the principal and most common reasons people use green and open spaces? Surely having data on their desires would be important input to key city management planning. We interviewed park and plaza visitors in Buenos Aires to find out what attracted them to such spaces.

Public green spaces across Latin America have traditionally been favourite meeting places for people from all walks of life and all ages because of their association with air, light and nature, as well as culture and multiculturalism. Today more than ever before, and in common with the rest of the world, these spaces cater to a wide range of needs and provide society with social, environmental and economic benefits (Faggi et al. 2015).

In Buenos Aires, as in many cities around the world, parks and plazas have been designed as sites of aesthetic reflection or for specific social practices following a “top-down” planning approach (Stanley et al. 2012). While parks are large and contain a multifaceted green infrastructure, plazas are open space framed by buildings on most sides and usually hard surfaced. Both can host a diversity of civic activities and tend to be multipurpose. In Buenos Aires, by the late nineteenth century, green spaces began to be relevant urban areas in social life. Large public parks arose under the influence of French and English landscaping models coinciding with the hygienist movement in its attempts to relieve the burden of urban living. These transformations in the urban matrix produced structural and functional changes in Latin American cities that gradually departed from their colonial past, with tiny dry plazas between blocks, to striking landscaped big parks playing a central role as places for social integration (Faggi and Ignatieva, 2009).

What is it that makes someone feel attracted to a park or a plaza? How can size and form of a green space influence how it is used?

Surveying users to explore public perceptions of parks and plazas

In Buenos Aires, we compared representative parks and plazas in the federal city by interviewing users to explore peoples’ perceptions of the spaces. We wanted to know what people thought about the quality of the green spaces and how they used them. Plazas are smaller neighbourhood green and open spaces (up to 1 hectare), which tend to serve only local residents. Parks are larger areas, more than 2 hectares, which people take pains to visit because of their scenic qualities and diverse potential for activities.

Interviewees preferred parks for practicing sports (running, yoga, aerobics, riding a bike) and recreational activities, while they preferred plazas for relaxation, to walk or stroll, and for other psychological benefits. We found no differences between parks and plazas when assessed by benefits such as social interaction or the opportunity to breathe fresh air.

Our results show that parks and plazas are valued spaces, although many of the respondents also have daily access to outdoor space (back yards, terraces, balconies) in their homes. People have many reasons for visiting green spaces. Parents want somewhere to take children to play in spaces close to their homes (plazas), as well as more distant parks that are well equipped with games infrastructure such as swings and playgrounds. The majority of those using parks are not residents within the neighbourhood itself, but people who travel from elsewhere to make use of high-quality and safe green spaces. For the last 10 years in Buenos Aires, municipal authorities have set up a green spaces revitalization programme and established a multifaceted strategy to make the green spaces more attractive. These actions aim at guaranteeing good, easily accessible places for social interaction, for walk or sports, or simply to come close to nature. They also intend to promote a healthier life through the practice of sport and the prevention of illnesses. Outdoor gyms, which are freely available, have been set up in several parks in order to increase the number of people getting physically active. They contain high quality fitness equipment suitable for people of all ages. In addition, professional instructors give a wide range of aerobic and yoga classes and different recreational activities. These new activities have been added to the traditional existing ones such as street markets, music, and various shows.

Urban green spaces provide a full range of community benefits (physical, environmental, psychological and social), but some parks types appear differentially important in providing certain benefit types. To meet friends, experience an organized and entertaining scene, or to get out of the house to breath fresh air did not seem to be linked to the size of the green spaces, as these services were mentioned for both parks and plazas. On the contrary, we found that physical and recreational activities, which are place demanding, can best be set up in larger parks (physical activities in parks: 28%, in plazas: 8%).

Appreciating nature could also be linked to larger sizes of green spaces. In some countries, people may want to enjoy plants, flowers, and trees, and much is invested by city councils to satisfy these demands. We found that, in both cases, interviewees did not mention green infrastructure. It seems that in Buenos Aires, green spaces are perceived to be more useful for recreational and social services than as places to conserve or appreciate biodiversity. However, we believe that “appreciating nature” was masked by our concept of “relaxation”, which occupied an important place in the scale of benefits. Abundant literature has shown that to “see green” can reduce domestic violence, quicken healing times, reduce stress, bringing psychological benefits in individuals (Ulrich 1984, Kaplan and Kaplan 1989). As stated by Tidball (2012) “seeing green” (plant–people interactions) implications for human health and well-being are well documented.

Plazas, but not parks, were mentioned as ideal places for a relaxing walk, to read, or to rest (psychological benefits). This finding is in accordance with Nordh and Østby (2013), who found that in Oslo, small parks are best fit for relaxing and philosophizing, reading, or eating/drinking. Perhaps this is because plazas are calmer places than parks, and are preferable for experiencing an undisturbed peacefulness on one’s own, as there do not exist the multiple activities that are frequently offered in the parks, especially at weekends.

Incorporating our results into management of green spaces

Our findings show that size and the offer of activities/infrastructure in Buenos Aires play a role in how a green space is used and how different benefits are recognised and perceived.

As around the world, there are now many different pressures and conflicting demands on parks and green spaces, from environmental pressures to sports, leisure and general recreational uses. Similarly, it is common to find a wide range of interdisciplinary work which includes interdisciplinary professional expertise, from landscape designers, ecologists, foresters, grounds maintenance staff, to play workers and health workers, all wishing to adapt and use a green space for different purposes (Greenhalgh and Parsons 2004). A management plan that takes into account these needs and desires from the outset will best serve the city’s population. 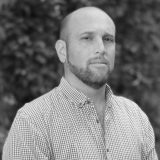 About the Writer:
Sebastian Miguel 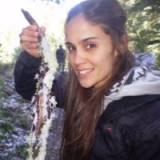 About the Writer:
Leslie Vorraber

Leslie Vorraber is an ecological engineer, university professor of undergraduate and graduate students, and works as an independent consultant on environmental issues. 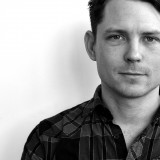 About the Writer:
Jonathan Craik

Jonathan Craik’s work as a landscape architect is focused on high quality city-centre regeneration projects and residential schemes. He has been a key member of design teams working on projects both in the UK and in the Middle East.


Environmental traumas are here.  Global climate is a reality that is bringing extremes in weather as we have seen recently with the devastating impacts of Hurricane Sandy in the northeast of the USA.  And in the last several years there...

When many voices come together, they create a sound so loud it moves you. What you hear when you experience this is the very same thing that gives a good choir the power to deliver you from your sins—a powerful element called resonance. When two frequencies stream in harmonic proportion to each other. Or in the case of this workshop,...

Often described as Europe’s greenest city, Sheffield is reputed to have more trees per capita than any other, with over 100,000 trees spread across parks and open spaces, 10.4 percent woodland by area, and approximately 36,000 street trees. However, a public-private...