As urban areas explode around us, competition is heightened between nature and built landscapes. There is a salient competition between biodiversity on the one hand and structures—infrastructure installations—on the other. In Kampala, this competition is manifest in how deliberate actions of development clear natural areas for housing structures and infrastructure, thereby accelerating biodiversity loss. But it also manifests in the form of desire for aesthetically pleasing landscapes in the built-up patches of urban landscapes that are considered for leisure more than for ecological benefits.

Given the current debates around sustainable development and climate change mitigation, this competition is taking an interesting twist in which publically initiated programs and activities are starting to recognize the importance of nature and biodiversity as one among the various solutions.

In this article, I present a case of a municipally initiated effort to ‘green’ the city of Kampala with the motive of addressing climate change mitigation. This initiative has its good aspects, enhancing green patches and biodiversity, but also comes with problems depending on the choice of species planted for greening the city. Caught in the midst of global and regional debates about dealing with climate change, this low-emitting city of Kampala is embarking on a number of climate smart initiatives for mitigation and adaptation. One of these activities that the municipal authority is planning to embark on is the planting of 500,000 trees in the city. This sounds like good news for biodiversity and ecological enhancement, but it also comes with challenges from which lessons can be drawn on urban space creation and biodiversity.

Urban space is an interesting combination of structures and green areas, as illustrated by many cities including Kampala. From a practical point of view, urban space goes beyond physical space to include social relations, processes, nature, and actors. Different urban spaces change in time according to function and the actors involved. For example, it is important to think about specific areas as residential zones to which people retreat to rest from work and vibrant city life. But these residential spaces are understood from everyday life experiences based on how an individual, group, or neighborhood makes use of the space.

To this end, it is possible to find commercial and/or production activities within residential spaces. It is this mix of functions, people, and relations that creates urban space. To illustrate this view, the street has also been described as an important spatial entity of understanding urban space, where a series of activities from trading, social relating, communication, networking, to commuting occur. There is little consideration of biodiversity as a component of residential urban spaces, yet we know that trees and animals exist in these spaces. It is also known that enhancing these spaces with urban forestry can pave the way for a return of animals if the forests measure up to habitats for such species. The return of animals such as primates and other medium sized animals redefines the urban space and can be a practical strategy for living in harmony with nature in cities such as Kampala.

Greening Kampala and the return of primates

As I mentioned earlier, Kampala City Council Authority is in the process of embarking on planting trees in Kampala, with a high target of planting 500,000 The species are yet to be determined, as this has to be elaborated by the Landscaping Unit of the city authority. The planting of trees is part of an effort to ‘green’ the city, where greening was initially conceived as getting more tree coverage in a city that is already considerably green. But greening has been expanded to include low carbon development and institutional energy balancing by the City authority. The loss of trees is occurring at an alarming rate, especially on hilltops and lowland areas in this tropical landscape known for dense vegetation and tree canopy. The city is located in an area that previously had natural land cover dominated by tropical rain forests that were habitat for primates. The remnants of these forests still accommodate primates, but these animals have moved or have been killed through time as built up areas intensified.

The greening activity is part of the effort to build climate resilience in the city, which has been envisaged to have multiple benefits. Green cover would enhance aesthetics, reduce common flash floods through increased infiltration, and sequester greenhouse gases. But one unforeseen possibility of the greening program is the return or increase of the primate population in the city as habitat is re-created. To this end, it is important for planners and practitioners of urban space re-creation in Kampala to think about tree species that would attract the return of primates, whose persistence has continuously communicated that they will not be left out of the city. Given this potential for the return of primates in big numbers, should greening be KCCA-led or led by a private developer? If there is appreciation of urban spaces that create harmony between nature and built forms, how can the greening activity be utilized to improve habitats and return primates to Kampala? What would be the motivations for increased biodiversity in the city?

In the process of greening, there are competing issues. The desire to identify with global initiatives of reducing emissions by sequestering greenhouse gases is motivated also by existing resource envelopes from which finances can be tapped by the city authorities. Thus, the selection of tree species is likely to be those with a high uptake of greenhouse gases—species that may not provide food and proper habitat for primates. Primates live in habitats with plenty of wild fruit trees from which to forage.

The other competing motivation for greening is the production of food by practicing urban agriculture. Though this can provide food for primates, urban agriculture tends to promote crops with high-value niches, which may not provide the right habitat for primates. And although, at the individual plot level, the motivation of aesthetic appeal achieved through landscaping may promote the return of primates, acceptance of their existence may not be guaranteed, as they may be seen as pests that should be driven out of urban spaces, residential or otherwise. Therefore, important considerations for the return of primates include tree species, planting systems, and who gets involved. Whereas the city authority’s plan to take the lead on planting the trees is plausible, the authority has very limited land, meaning that achieving their goal of 500,000 trees will remain challenging. Yet, this obstacle is also an opportunity if the authority recognizes the role that individual developers can do on their plots of land to plant trees towards the 500,000 goal. Since most land is held and owned by individuals, it is prudent that the approach to planting systems should involve the developers. A good number of hilltops are still covered by trees, and those cleared of trees can be replanted. The return of primates also has ecosystem co-benefits down the food chain, including increases in protein-rich insects, pollination, seed dispersing and ecosystem productivity.

How can greening pave the way for the return of primates in Kampala?

I summarize below the various ways that can be deliberately planned for the return of primates in Kampala.

This article illustrates that urban spaces have largely been understood in physical terms and dominated by human population. Space definition, however, can be enhanced by including function such as biodiversity enhancement. Re-creating urban spaces in response to diverse motivations, such as climate change mitigation, is creating possibilities for the return or increase in the population of primates in Kampala. Though this may not be seen as an opportunity by many, the ecological benefits of primates in the city outweighs the risks associated with an increased number of primates. Living in harmony would be supported by targeted greening that includes planting trees that provide food for the primates while creating corridors that can enable migration, access to water, and a variety of food between lowland forests and hilltop forests. Given that Kampala lies in a tropical zone that receives substantive rainfall, the current small population of primates is likely to multiply, but attraction from nearby forest zones will also increase the primates in the city.

Ministry of Lands and Environment, 2001, The Uganda Forestry Sector Policy 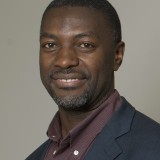 About the Writer:
Shuaib Lwasa

Shuaib Lwasa is an Associate Professor in the Department of Geography at Makerere University. Shuaib has over 15 years of experience in university teaching and research working on interdisciplinary projects related to urban sustainability.

4 thoughts on “Count Me In: Urban Greening and the Return of Primates in Kampala”

1 February 2016 Ecodesign is for Citizens and Nature, not for Consumers Paul Downton,  Melbourne

A review of Ecodesign for Cities and Suburbs, by Jonathan Barnett and Larry Beasley. 2015. ISBN: 9781610913393. Island Press, Washington. 280 pages. Buy the book. This book has an unashamedly strong emphasis on the city of Vancouver as a model—a city that has taken a leadership role. “Hundreds of thousands” of people involved in designing the overall plan, as well as...

Something very significant is happening in London. It’s a plan to make London the world’s first National Park City. Now that’s an idea that could catch on in a very big way. Over the past 18 months, a movement has...