James Corner’s prolific writing from the past two decades invites readers on a journey to discover the elusive medium of landscape. As one of the most prominent landscape architects of our time, his writing is as much a means of advancing the field as is his built work. The Landscape Imagination is the first written project composed exclusively of Corner’s own essays since Taking Measures Across the American Landscape, published in 1996. In the twenty years between these two books, Corner wrote the essays collected here while simultaneously composing a celebrated portfolio of built landscapes. Though his iconic designed works (for example, The High Line in New York City) eclipse his written works—particularly outside academia—we gain access to a rich and penetrating assessment of landscape’s profound role in culture when we wander through Corner’s sprawling wordscapes. 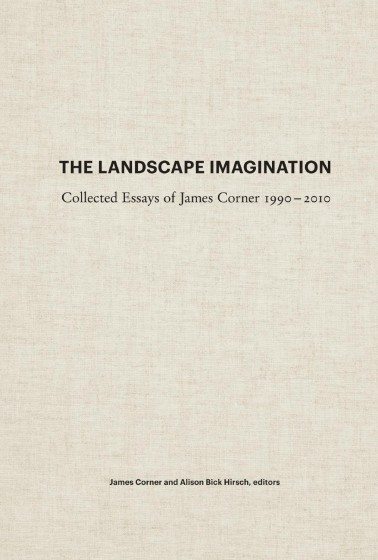 The Landscape Imagination is organized more thematically than chronologically, with essays parceled out according to areas of Corner’s ongoing investigations: Theory; Representation and Creativity; Landscape Urbanism; and Practice. Although many of the essays were written years ago, their sequencing in the collection renders them fresh. Each section builds upon the previous, linking theoretical aspects of the medium to practice through what Corner calls “the landscape imagination.” Described as a critical agent and a form of social action, the landscape imagination’s goal is to make landscapes that provoke and challenge society’s relationship to the natural world. Corner argues that landscape is the great mediator between nature and culture, since it invokes natural processes over time but is fundamentally a cultural construct. Therefore, he says, “It can renew the common and banal and reconcile our modern estrangement from place.” But the landscape imagination is needed to liberate landscape from its “devolved place as scenic object, subjugated resource, or scientific ecosystem.” This collection is a conversation about tools to unleash the landscape imagination, exemplified through Corner’s own journey.

In each essay, the landscape imagination confronts and deconstructs the simplistic binaries hindering landscape architecture: art versus science, culture versus nature, city versus landscape, theory versus practice, technique versus motivation, imaginary versus built, phenomenology versus technology, tradition versus modern. Corner argues that these are not actually dichotomous, but related—fundamental, even, to the landscape imagination. The landscape imagination is both interpreter and mediator, both informer and popularizer, both conversational and circumstantial, both dialogue and contemplation. It mediates between the local and global, between recovery and invention, and between past inheritance and future potential. These essays build a case for the landscape imagination as the great confounder, able to transcend limiting binaries by finding infinite potentials within them.

Since there are now built works influenced by the ideas found in these essays, we can better understand Corner’s writing by assessing its translation to practice. For example, “Sounding Depths—Origins, Theory, and Representation” (1990), explores several dichotomies limiting landscape architecture while addressing why new theory is critical to the field. In the next essay, “Three Tyrannies of Contemporary Theory” (1991), Corner proposes a hermeneutical approach to landscape architecture theory to overcome the lack of meaning in our repetitive, formulaic, and prosaic world. Hermeneutics is a practice, borrowed from the social sciences, of understanding the world through a historical interpretation of texts. Corner proposes that instead of trying to understand landscapes as self-evident objects, their complexity requires interpretation. Through critical acts of landscape architecture—drawing, writing, or constructing landscapes— we can read and interpret them like texts, uncovering infinite new potentials within the binaries. For example, it is possible to picture the High Line in New York City (a Corner project) re-created with any number of theoretical binaries: a nostalgic re-creation of its past, an objectified pictorial image, a bucolic respite from the city, or even demolished to prioritize the street grid below. If the High Line were approached from any one of these views of landscape, the final product would not offer its unique perspectives of the city and landscape as urbanism. Rather than preserving or re-creating its past, the High Line was mined for new possibilities. Thus, the High Line became an agent in the active, ever unfolding tradition of the city.

Corner’s ideas evolve in several different ways as his writing progresses over time. He identifies some of those changes in his introduction to the book, moving from representational interests to instrumental practices, from landscapes generally to landscape architecture specifically, and from landscape as parks and open space to landscape as a form of urbanism. Other changes become apparent while working through the essays themselves: from ecology as metaphor and form of representation to ecology as operational model and the gradual identification of community engagement as an “agent of creativity.” This seems to place community engagement on equal footing with ecology in Corner’s worldview.

Corner criticizes the profession for compounding the problematic binary of culture versus nature by “drawing more from objectivist and instrumental models of ecology, while design creativity has been reduced to environmental problem solving (know-how) and aesthetic appearance (scenery).” In “Landscape Urbanism” (2003) and “Terra Fluxus” (2006), he calls for a “culturally animate ecology” where culture and nature become complementary through a practice of combining them into new kinds of public spaces where landscape drives the process of city transformation. In his most recent essay, “Practice: Operation and Effect” (2010), Corner states a need for designers to develop “sophisticated conversational, social, and rhetorical skills to authentically and productively engage the public in a process that supports imagination and innovation.” With community engagement now identified as an agent of creativity, perhaps Corner will continue to explore, in writing and practice, the landscape imagination’s role in developing these skills.

Although the book’s final essay, a previously unpublished lecture titled “Hunts Haunts: History, Reception, and Criticism on the Design of the High Line” (2009), is an assessment of the High Line through the lens of John Dixon Hunt’s writings, it also exposes what Corner hopes his written and built works accomplish. Corner describes Hunt and his writings about “haunting” landscapes as likewise haunting to him over the years. Their indescribable lingering presence, or haunting, has inspired Corner to further explore them through his own writings and, ultimately, through his built work. He attributes the haunting quality of some landscapes to the human imagination. Here we see how Corner’s landscape imagination came to be, and better understand his goal to create places eluding easy definition, places that “haunt” us with lasting presence—places like the High Line.

The Landscape Imagination is a midcareer measurement of Corner’s own longue duree, what Hunt called the long duration of experience and meaning over time differentiating landscape architecture from its allied professions. Sometimes Corner’s theories are successful, sometimes they fail, but together with the vagaries of practice, they provide liberation of thought and action for those of us working with the landscape medium. There are few contemporary voices in landscape architecture whose work intentionally avoids providing formulaic answers, but rather seeks to create open-ended interpretation, as James Corner. This latest work, although a rigorous read, challenges our assumptions and encourages us to keep an open mind about landscape’s potential. 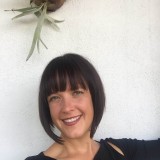 About the Writer:
Anne Trumble

Anne Trumble is a landscape and urban designer based in Los Angeles, where she is currently working with the Arid Lands Institute.

20 March 2021 Vegetation is the Future of Architecture Gary Grant,  London


Most of the inhabitable regions of the Earth were originally covered by forests, grasslands, and wetlands. These carbon-grabbing, biodiverse, spongy landscapes have been largely replaced by agriculture and urban development, which is drier, belches carbon, is erosive of soils, and...

But it was all The Fear of Snow —Leonard Cohen, The Best The city in winter invokes diverse imaginaries—from romantic, beautiful, and magical to cold, dark, dirty, and hazardous. A quick Google search reproduces the first three imaginaries: romantic, beautiful, and magical (Figure 1). Yet winter is often depicted as evil and threatening, especially in fantasy and folk tales. One...

Earlier this year I had the good fortune to be invited to speak at a remarkable ‘Global Conference’ in Chantilly, France. The title of the session I was to contribute to was translated into English as ‘An urbanism built on...