Once upon a time the city was called the “marvelous” one: Rio de Janeiro, cidade maravilhosa. Rio was the birthplace of samba, chorinho and bossa nova; internationally famous for supposedly being a city of fun and carnival 365 days a year, it has been the capital city of Brazilian proverbial optimism. Austrian novelist, playwright and biographer Stefan Zweig regarded it as the symbol and epitome of the whole of Brazil in his book Brazil, Land of the Future, published in 1941. Sure, it was as an idealization, some would say an ideological invention. After all, there were dictatorships (between 1937 and 1945 and again between 1964 and 1985) and their cortege of atrocities; there were huge socio-economic disparities; and so on. But the idea of a “marvelous city” seemed at least plausible. No ideology survives if there is not at least a grain of truth in it.

But then, things began to change.

If cities mirror their societies, then we surely need to talk about how radical social change can be ignited—not forgetting that the cities can and must play a decisive role in this process.
The poor became less and less “patient” and “tolerant” with what they began to realize as injustice and not simply as fate. The magic powers of soccer and carnival became less effective; not only because “the people” (o povo) were politically more conscious, more demanding and less submissive now, but also because they could no longer be tamed by an increasingly commercial and elitist carnival and an increasingly corrupt soccer.

It happened a week ago. A sunny Saturday, the Copacabana beach full of people having fun—flirting, playing, drinking coconut juice—or just resting after a week of hard work. Suddenly, a scream of despair was heard. More people screaming, many of them began to run or were simply paralyzed. Dozens of teenagers from neighboring favelas or even from the distant periphery were robbing and stealing. If one resists, one can be beaten at the moment. Everything occurs very quickly, is a matter of a few minutes; the police were unprepared and taken by surprise (the police are almost always unprepared, unless it is organizing its own corruption schemes). Panicked beach-goers ask for help, some people cry in despair, some try to escape (leaving some of their belongings behind).

It happened last Saturday, but the phenomenon known as arrastão (literally “dragnet”) had already occurred many times in Rio since the 1990s.

Who are the victims? Who is to blame? Is there a simple answer for these questions?

Again, the mass media reverberate the deepest fears and angst of the middle classes in a superficial, sensationalistic way. Facing the fact that it is economically and politically unfeasible to remove all favelas (or even a small but significant part of them), many middle-class people and even some journalists have seriously advocated “solutions” such as the following (among others) in the last two or three decades: to enclose the favelas with wired rope and even walls; to cut off some bus lines that connect the periphery with the affluent South Zone and their beaches; to strictly control the access to the beaches and demand entrance fees from the beach-goers. Probably they really believe these “solutions” are compatible with Brazilian “democracy.” Ironically, they are probably right — these “solutions” do not seem out of place in a “democracy” with quotation marks.

It is against this background that we should see the failure of the academic contributions to a so-called “sustainable urban development” that have appeared in the last two decades. The problem of “sustainability” is usually discussed in a superficial way because the tacit premise is that we cannot challenge the pillars of our socio-economically very unequal and ecologically irrational society (capitalism as a mode of production and statecraft as a mode of government). Therefore, we can read and watch passionate debates around consumerism, depletion and waste of resources, poverty, “cultural emptiness” and the like, but at the end of the day a certain feeling is unavoidable: most people are just beating around the bush. Sure, we can find interesting and useful technical contributions from time to time (sooner or later co-opted by the status quo); however, technology can be in the best of all cases a part of the solution, never the solution itself.

How can we achieve a city that combines social justice (lack of structural asymmetries in terms of power and wealth) and environmental qualities (fresh and clean air, availability of and accessibility to green and recreational spaces, etc.)? Considering the intrinsic limitations of both the state apparatus and private capital in terms of offering and implementing long-term solutions, the main ideas must surely come from elsewhere else. We need emancipatory social movements, but ones that do not simply resemble pressure groups and lobbies. And they must cooperate with each other in order to combine different (but complementary) agendas and efforts. As different kinds of problems are inextricably linked (environmental problems, different types of oppression, and so on), so must be the possible solutions for the problems, too.

Many people around the world have already begun to develop their own solutions, more despite and/or against the state apparatus than together with it. Some intellectuals have called this mixture of “do it yourself” and “give a good example here and now” “prefigurative politics,” which seeks to demonstrate the future societies we want through personal or group actions. Yes, it is not acceptable to endlessly postpone the achievement of less unjust social relations to a post-revolutionary, chimerical “perfect society.” In spite of all difficulties and limitations, it is essential to begin with the building of ethically defensible and inspiring alternatives here and now. The Zapatistas in Chiapas (Mexico) could be mentioned as an example, but we can find several examples in large metropolises, too. When the Argentine economy became “dolarizada” and the peso totally lost its importance at the beginning of last decade, the people on the ground (at the periphery of Buenos Aires, in the villas miseria, in the barrios) organized themselves not only socio-politically but also economically: they created circuits of “solidarity economy,” self-managed some services and facilities, grounded cooperatives, took over and managed bankrupt factories. More important perhaps, they began to develop new ways of sociability, based on more solidarity and self-reliance.

However, the naive maxim “think globally, act locally” must be avoided. We must grasp the fact that our main urban problems arise as a complex of interwoven factors and processes at various levels (local, regional, national, international) at the same time. Progressive “prefigurative politics” is politically-pedagogically inspiring, but it has its limits.

A just city is a city in which spatial resources and natural amenities will be available and accessible to all (that will require imagination and cooperation, not to mention the limitation if not the end of private property of the soil, considering that space cannot be reproduced and multiplied as easily as TV sets or cars).

A just city is a city where the burden of disposal of waste, pollution etc. will be not carried by some groups (inevitably the poor and some minorities) much more than by others. In other words, a just city requires environmental justice.

Furthermore, a just city cannot be built on the basis of a lack of a radicalized form of solidarity: if we want to achieve environmental justice, we have to see that less pollution at home (in our city or country) cannot be achieved at cost of more pollution (and very often terrible forms of pollution and disposal of toxic waste) abroad. Environmental justice (and social justice in general) must be conceived not only “inter-generationally” but also socio-geographically.

A just city cannot be a city where some of its districts and neighborhoods (call them favelas, ghettos, barriadas, villas miseria, callampas, townships, bidonvilles . . . ) are stigmatized just because the people who live there are dark-skinned or belong to an ethnic minority. If the city is the place of encounter and dialogue par excellence, then segregation and intolerance cannot be compatible with a democratic city.

Without all of that, our cities—and I mean above all but by no means exclusively the big cities and metropolises of the Global South—will be increasingly unsustainable in the long run. We do not need only cities which are environmentally sustainable, but cities which are socially sustainable—as places that are truly inspiring, as representatives of humanity at its best in terms of culture and democratic politics.

I would like to mention examples of what mainstream urban planning literature has called “best practices” of urban management. However, I do not know any example of a big city that pass the test of social justice in a truly persuasive way from the point of view summarized above. That is understandable: if cities mirror their societies (and if taking partial examples out of the whole socio-spatial context can be very misguiding), then we surely need to talk about how radical social change can be ignited—not forgetting that the cities can and must play a decisive role in this process. We need to rely more on progressive “prefigurative politics” if we want to achieve just cities and just societies. Worldwide, as inequality and injustice at the local and national level is constantly influenced and shaped by inequality and injustice at the global level.

As we see as soon as we share the premises of the previous account, there is no easy solution. But we cannot dare—for the sake of our children and grandchildren—to think that there is no solution; or, as Margaret Thatcher once said, that “there is no alternative.” 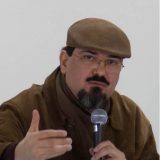 Marcelo Lopes de Souza is a professor of socio-spatial development and urban studies at the Department of Geography of the Federal University of Rio de Janeiro.He has published ten books and more than 100 papers and book chapters in 6 languages


Today’s post celebrates highlights from TNOC writing in 2016. These contributions, originating around the world, were widely read, offer novel points of view, are somehow disruptive in a useful way, or combine these characteristics. Certainly, all 550+ TNOC essays and roundtables are...

During the past week the eyes of the world have been on London, to see a new Prime Minister installed at Westminster. But the week has also seen a momentous decision made for a sustainable and liveable future for London. The city was designated as a National Park City, the first of its kind in the world. It took place...

14 December 2015 Sowing the Seeds of Green Urbanism: ‘Spring is Here and the Time is Right for Planting in the Streets’ Paul Downton,  Melbourne

A review of The Revolutionary Urbanism of Street Farm: Eco-Anarchism, Architecture and Alternative Technology in the 1970s, by Stephen E. Hunt. 2014. ISBN 978-1-906477-44-8. Tangent Books, Bristol. 246 pages, including 16 pages of illustrations. Visions of cities draped in vegetation...