My city of Minneapolis suffers from some of the largest racial disparities in America on almost any measure: Employment, housing, health, education, incarceration—the list goes on. For example, while 67 percent of white kids graduate on time from Minneapolis Public Schools, only 37 percent of African American and Latino kids do, and just 22 percent of American Indian kids. When you consider that in just a few years, a majority of Minneapolis’ population will be people of color, this disparity is economically unsustainable, in addition to being morally wrong.

Minneapolis is in the midst of a building boom; cranes dot the sky as far as the eye can see. But growth alone can’t solve our equity problem. It’s not turning Minneapolis into a just city, because our current growth doesn’t include everybody.  Even though our overall unemployment rate has declined, the gap between white people and people of color remains the same.

The moral of this story is that if your boat is leaky or you don’t have one to begin with, the rising tide can’t and won’t lift you.

In our just city we must accept that inclusive growth is a better strategy than growth alone. Inclusive growth means that your life outcome is not determined by your race, age, gender, or zip code. Inclusive growth means we aren’t leaving any genius on the table. To achieve this, we need two things: universal shared goals about what we want for ourselves as a people and as a community, and the policies that will ensure that people get there.

What is a universally shared goal? There are a lot of them in America: life, liberty, and the pursuit of happiness, for starters, or dignity for our senior citizens through a safe retirement (Social Security) and accessible, affordable health care (Medicare). Often, we don’t even have to voice shared goals such as these to know that we all want them.

For instance, in my region of Minneapolis–Saint Paul, if we eliminated all disparities by 2040, our regional planning agency estimates that 274,000 fewer people would live in poverty, 171,000 more people would have high school diplomas, 124,000 more people would have jobs—and all of us would benefit from $31.8 billion dollars more in personal income. The same pattern holds true globally—the International Monetary Fund found that for every 10 percent decrease in inequality, the length of periods of economic growth increase by 50 percent. So if we reduce our inequalities, we will grow faster and for longer than if we had done nothing at all. In America, we could add $1.2 trillion to our economy by eliminating inequity. Inclusive growth should be a shared goal—and must be one, if we are truly committed to building a just city.

If we are all invested in making sure that everybody reaches a goal, because we know there’s something in it for all of us—whether we are white people, high-income people, people of color, or lower-income people—then we need to tailor policies to make sure that that happens. The great news is that we have tools to help make this happen.

Education spurs growth—and according to the Federal Reserve, there is a 15-17 percent return on investment for education in early childhood. It is one of the many reasons I started my Cradle to K initiative, which is focused on getting kids aged zero to three the brain development they need so they don’t begin their education at a severe, and often times insurmountable, disadvantage. The initiative is working on closing the word gap, parent involvement, early childhood screening, and improved mental health services.  Now if you couple that with access to affordable childcare, which allows parents to participate in the workforce, and if that childcare becomes child development-centered childcare, you get a win: parents participate in the workforce, and kids get the development-centered childcare that will help them succeed. We can all support that.

In Minneapolis, we are also spending a fair amount of time on removing obstacles that keep people from participating in the workforce and in shared success. For example, we are participating in initiatives like President Obama’s TechHire to make sure people have the right training for the jobs that are available.

Another priority is connecting people to jobs. The data shows that investment in transit creates 31 percent more jobs than investment in roads and bridges, so we are focusing on transit as tool for growth. In Minneapolis and Saint Paul, $2 billion dollars’ worth of private investment was generated around our light rail green line before it even opened in 2014. Transit not only gets people to jobs, but bring jobs to people. That green line light rail serves some of the poorest neighborhoods in Saint Paul, and that development is going where that development is needed most. It’s a tailored strategy that is getting us to our overall goal: people being able to participate in growth.

Entrepreneurship, too, spurs growth. Another one of our universal goals is to dismantle Byzantine barriers to investing in small business. Our Open for Business Minneapolis initiative has completed a stem-to-stern review of all the regulations governing small businesses in Minneapolis to make sure that we’re eliminating the obstacles and we’re getting rid of the roadblocks like unnecessary background checks for specific licenses and increasing the number of inspectors serving the city. Taking this kind of action is good for anyone who wants to invest or develop in our city. It reduces obstacles for everyone. But it especially reduces obstacles for, and spurs investment among, entrepreneurs of color and immigrant entrepreneurs—which spurs growth for everyone, because we know that entrepreneurship in immigrant communities and communities of color is growing far faster than white entrepreneurship.

When it comes to creating a just city, cities alone can’t do it, counties alone can’t do it, the federal government alone can’t do it. We all have to be working to build the relationships and partnerships with advocates, business leaders, federal and state delegations to make sure that we have the same universal goals and that we’re working together to get the ships sailing in the same direction. Building true partnerships across sectors and communities is the hardest thing we have to do, but it’s also the most powerful.

As Mayor it is my job to have the vision. But visions are worthless if you can’t build coalitions necessary to make them realities. Every day I work hard to bring people to the table, to make sure that all voices are not only being represented but heard. I also strongly believe in leading by example. I personally aim to set the standard for inclusive growth. My office is a living testament to what we can achieve.

We are not going to be able to grow our way into equity, but we can leverage equitable strategies to achieve growth. And once we achieve that, we will have a just city. 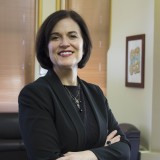 About the Writer:
Betsy Hodges

Betsy Hodges is the 47th mayor of Minneapolis. As Mayor, her priority is transforming Minneapolis into a leading 21st century city. That entails reexamining and imagining the basics the city delivers, ensuring the city works well for everyone and that all people can contribute to – and benefit from ¬– the growth and prosperity of Minneapolis.

Post-industrial cities in the United States and elsewhere are implementing brownfields to brightfields programs that help develop local economies, generate clean energy and manage pollution. Brownfields are former industrial sites or landfills with contaminated soil. These sites pose both environmental...

Civic engagement by the Jaimitra trust, and various civic organisations involved in conserving Rachenahalli Lake, was to create a space expected to help alleviate the stresses of living in an urban jungle, and break away from the infamous legacy tied...