In the United States of America cities have long been gateways to opportunity. For centuries, people from all over the country and the world, including my own grandparents, came to our cities chasing the promise of a better life. America’s bargain with its citizens, rich and poor was, in many ways, a model for the world.
A new civic infrastructure, impact investing and civic engagement will drive change. But ultimately, leaders must have the motivation to build resilient structures, practices and solutions to sustain it.
Today, U.S. cities produce 85 percent of the nation’s GDP, are home to more than 50 percent of the population, and spend billions of dollars annually to educate, house and protect their citizens. Meanwhile, American cities are undergoing a major demographic shift. By 2040, America will be a majority-minority nation. And, events in Ferguson and Baltimore have underscored the destructive nature of existing disparities of income, education and opportunity between whites and non-whites.

Addressing these disparities is one of the key social issues of our time. But our current trajectory is too slow, obsessed with short-term wins and incrementalism, where leaders are constantly reinventing the wheel instead of building on the work of those who came before them. We celebrate improvements in one school on one block while tiptoeing around the fact that it is the entire system that needs fixing. We tell heartwarming stories about 100 kids served or 100 young adults placed in good jobs while averting our eyes from the millions more who remain disconnected from opportunity. We talk about how far we have come since the civil rights movement, but are uncomfortable with discussing how far we still must go to achieve true racial equity. Unless we ferociously change course, the new American majority will be less educated, less prosperous and less free.

To build truly just cities, we need a new type of urban practice aimed at achieving dramatically better results for low-income people, faster. This new urban practice will require cities to get key public, private and philanthropic leaders to work together differently, to better harness impact investing dollars, and to leverage technology to engage all residents in solutions.

In this new urban practice, local leaders will need to come together to build a new, more resilient and sustainable civic infrastructure that is focused on getting results.  In many places, like Cleveland and other older industrial cities, the old civic infrastructure disappeared when Fortune 500 companies moved away. Today, public, private, philanthropic and nonprofit leaders are distributing the leadership needed for change so their efforts can survive inevitable turnover and drive large-scale results.

There is no better example of this dynamic than Detroit. With the government in disarray, local philanthropic organizations and business leaders have shared the leadership for more than a decade, making investments that now position the city to take advantage of its fresh start. For example, The Kresge Foundation was the first investor in the city’s new public light rail line with a grant of $35 million.  Quicken Loan’s Dan Gilbert has invested $1 billion of his own money in downtown Detroit and moved 7,000 employees there.

However, one of the most exciting emerging movements around the U.S. is around municipal innovation. From the Offices of New Urban Mechanics in Boston and Philadelphia and the rise of Innovation Teams in the U.S. and Israel, to the racial equity work spearheaded by the City of Seattle, local government is changing the way it works, looking at issues through a racial lens and adopting innovative practices, so that its institutions not only contribute to a new civic infrastructure but its money gets better results for low income people. For example, Boston’s Citizens Connect, a maintenance-request app for reporting problems from broken windows to potholes, has been downloaded tens of thousands of times and been replicated in more than 20 countries. Its Discover BPS product is a Boston public school search engine that helps low income parents understand where their children are eligible to go to school.

There is an emerging, global movement around impact investing. From what we know so far, impact investors look much like the charitable giver—they want their dollars to make a difference. They invest in what they’re passionate about and privilege investing in places, like their hometowns or other communities they feel a connection with. To date, a majority of impact investing dollars have gone to the developing world. Now, as more and more people look to cities as units of change, we need to give investors reason to believe there are investable opportunities in U.S. cities. And leaders must come together and create mechanisms for those dollars to land in cities and communities that need them the most.

Luckily, an exciting amount of place-based investment opportunities and approaches have emerged over the past few years, including pay for success, crowd-funding, peer-to-peer lending and locally funded venture capital.   For example, Living Cities and other private and philanthropic funders have invested $27 billion in the Massachusetts Juvenile Justice Social Innovation Financing (SIF) Project, a pay for success initiative. The effort focuses on reducing recidivism and increasing employment for more than 1,000 at-risk, formerly incarcerated young men in the three Massachusettes cities: Boston, Chelsea and Springfield. As private investors, we assume the risk by financing the services up front, getting repaid only if agreed-upon measurable social impacts are achieved. In exchange for taking the risk, the investors receive a financial return. This means that precious government resources are spent only in the event of proven success and government savings.

Institutions like Living Cities and others committed to building this field must figure out how to promote, aggregate and form these options into market so people can more easily invest in the local context. We need to accelerate their growth everywhere.

Civic engagement with a focus on technology

America has long had a unique brand of civic participation—a combination of individual commitment and group action. Unfortunately, trends over the past few decades show that both are in decline. The 2014 midterm election had an individual voter turnout of 36 percent—the lowest in any election cycle since World War II.

Encouragingly, the work we are actively engaged in at Living Cities is providing us with evidence of a nation that is actively confronting these trends. Now, we have the opportunity to once again be a model for the rest of the world. We must embrace civic engagement not just as a ‘town-hall,’ but as a tool for cities to co-create solutions with their residents. We must use all the power of modern technologies to engage people and communities who have been historically left out of the processes.

We’ve already seen this idea taking seed in New York City, where a participatory budgeting experiment that began in 2011 with four Council Districts has now grown to 24 Districts. The city harnessed digital technologies to open budgeting decisions to community members.  “So far, I love feeling like we have some say in what is done,” said Maggie Tobin, a participant from Kensington, Brooklyn, in Council District 39, to the New York Times. But as the ideas pass to the city agencies involved, she said, “I find myself already being distrustful.”  The process has resulted in better budgeting decisions and arguably better results. In addition, more people of color turned out to vote, and Hispanics, in particular, voted at twice the usual rate. More needs to be done to ensure that those who participate, like Maggie Tobin, have faith that the process will result in meaningful change.

Ultimately just cities are built when leaders are committed to justice as a fundamental, long-term priority. As former Bogota, Colombia Mayor Antans Mockus recently said, “Change isn’t the biggest political challenge, sustaining it is.” Change happens when leaders decide they want to make it happen. I have made that commitment as the leader of Living Cities. I am also committed to supporting public and private leaders to do the same nationwide. These three elements—a new civic infrastructure, impact investing and civic engagement—will drive that change. But ultimately, leaders must have the motivation to build resilient structures, practices and solutions to sustain it. Only then will we have built a just city. 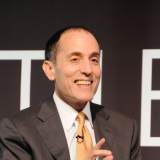 About the Writer:
Ben Hecht

Ben Hecht has been the President & CEO of Living Cities since 2007. Since then, the organization has adopted an integrative agenda that harnesses the knowledge of its 22 member institutions to benefit low-income people and the cities where they live.

What happens to a city’s traditional foundations of service delivery when it expands boundaries and enhances its infrastructure? Does the city still concern itself with the maintenance of the supply structures that were once essential for the city? The case...

Often described as Europe’s greenest city, Sheffield is reputed to have more trees per capita than any other, with over 100,000 trees spread across parks and open spaces, 10.4 percent woodland by area, and approximately 36,000 street trees. However, a public-private partnership (P3) is dramatically altering Sheffield’s urban forest. The various particulars of the situation have brought the northern English city into the national headlines,...

12 May 2016 Changing Climate and Changing Cities: If You “Dress” Urban Planning Differently, You May be Able to Cope Paula Villagra,  Valdivia
Álvaro González Reyes,  Valdivia

We live in the city of Valdivia, located in southern Chile (40° S), known in the country for its good quality of life, high biodiversity (particularly the Valdivian temperate rain forest) and a high annual rainfall (2m average). This last...