If you have never been to Baltimore, you should come to visit. From Baltimore Washington International Thurgood Marshall Airport, you can ride the light rail to downtown in 25 minutes for one of the best deals in the country. If you ride the train between Boston and Washington, you can walk out of Pennsylvania Station and board the Charm City Circulator to downtown, and it’s free! However, if you live in the city of Baltimore and you want to rely on transit to get you to all of life’s functions, you need to recalculate your aspirations for life’s necessities and ambitions. For the 30 percent of people who live in Baltimore without a car (which, coincidentally corresponds with the percentage of people between 16 and 64 not in the labor force), the pursuit of economic opportunity, particularly beyond the confines of downtown, comes with limitations.
This image of a public servant—say, an airport security guard—forced to sleep on a hard chair because they have no way of getting home after a late shift epitomizes the conditions of today’s unjust city.
The above example serves as powerful reminder of how access to opportunity, transit mobility and the missing luxury of transportation choice is a critical gap in the path to shared prosperity for many in places like Baltimore. It is equally important to understand and underscore that fostering a more just place that includes all, especially those with the most limited means, is not a zero-sum game, but can create greater benefits for everyone.

Baltimore is a wealthy region in the highest-per-capita income state in America. With the Port of Baltimore—the furthest inland deepwater port on the Atlantic coast—significant highway access and the birthplace of the B&O railroad, Baltimore in its heyday boasted one of the best intermodal transportation networks in the nation. At one time nearly 40 percent of the US population was within a day’s drive of Baltimore.

Despite its proximity to abundant wealth, Baltimore is a poor city. The median family income in the city is less than two thirds that of the next closest jurisdiction, and most new jobs, particularly those that pay good salaries, are located outside of the city in areas disconnected from public transit and inaccessible to the 30 percent of Baltimoreans without a car.

There are racial dynamics that further complicate this picture. Baltimore is a poor and majority black city in a wealthy and majority-white metropolitan area. Nearly 70 percent of the regional—read suburban—population is white, while 64 percent of the Baltimore City population is black. The racial dynamics of this spatial mismatch—defined as the gap between home and employment—is real and unavoidable for now.

While there has been a move towards “transit-oriented developments” in the region, these have tended to intensify existing disparities by catering to those who can afford market-rate rents, many of whom also happen to work commute-friendly 9-5 days.  Meanwhile, those don’t have that coveted first-shift schedule—many of them lower-wage service workers—find themselves at the mercy of a broken transit system. In one example, late-shift airport workers at BWI Airport must either take a bus to a transfer point and wait a few hours for the next leg of their journey home, or find a place to sleep in the airport until light rail operation commences in the morning. In other instances, transit services terminate at the edge of business parks, leaving employees trekking the last mile or more on foot.

This image of a public servant—say, a TSA agent—forced to sleep on a hard chair because they have no way of getting home after a late shift epitomizes the conditions of today’s unjust city.

This past June, Maryland Governor Larry Hogan chose to pull the plug on Baltimore’s planned Red Line, a 14.1-mile, $2.9 billion east-west light-rail line which Baltimore residents and transit advocates had been working to make a reality since 2002. If constructed, the new rail line would have been the start of transit system—more than our current disconnected transit modes—that could work for Baltimore’s underserved commuters. It would have created hundreds of new jobs and many new development opportunities in underserved neighborhoods. Afterwards, the state released a map of the proposed reallocation of the funds that showed road projects everywhere but Baltimore, adding insult to injury

Hogan’s decision to cancel the planned investment in Baltimore became public a mere two months after the city broke out in demonstrations and protests over the death of Freddie Gray. Known as the Baltimore Uprising, these demonstrations against police violence and inequality were themselves a warning of the looming volcanic eruption to be expected after generations of unjust treatment and lack of access to economic opportunity.

Yet there are steps policymakers and others can take to interrupt this pernicious cycle and begin to create the conditions for a just city.

Two weeks before the governor’s decision to cancel the Red Line, the Opportunity Collaborative—a public/private collective—released a Regional Plan for Sustainable Development. The effort, funded through HUD’s Sustainable Communities Initiative, began with the premise and understanding that racialized structural and institutional barriers were created that have long denied citizens with reasonable access to opportunity.

The broad recommendations of the Opportunity Collaborative—to retain, attract and prepare a workforce for growing mid-skill career path jobs and to strengthen housing and transportation connectivity to those regional employment centers—would create more inclusive outcomes to improve individual and family well-being and to better position the region and the state in a more competitive global economy.

A just city is one that supports this vision of a shared destiny: one that strives to guarantee access to opportunity for all its citizens without regard for race, income or political affiliation. One step in that direction is to mandate equity analyses of policies under consideration. Similar to the traditionally used fiscal impact analysis, this would give lawmakers a greater awareness of the potential disparate impacts of their decisions before they are made.

A just Baltimore is a place where the ease and convenience of access is provided for everyone, not just tourists and visitors. Transportation plans and investments must consider the needs and realities of those who depend on public services every day not only on special occasions.

History shows that once services are designed and implemented for a full spectrum of users, more users show up and ridership demand grows.

We must strive for a system that works for all, not just for the moral good it affords us, but for the economic benefits.  There is so much I love about Baltimore—our people, our history and the hidden charm in our many neighborhoods. We are a place that, despite the knocks we took this year, is getting better. It is our choice, our charge and our duty to grow opportunity for all for the benefit of all. In the end, that’s what makes for a more just Baltimore. 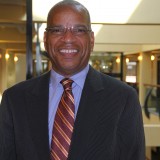 About the Writer:
Scot Spencer

Scot Spencer is Associate Director for Advocacy and Influence for The Annie E. Casey Foundation to advance place-based policies, practices and strategies to afford greater opportunities for children, families and communities to succeed.

You may have noticed ambient air quality returning to centre stage globally as a hot topic of discussion and debate. While the media coverage has helped draw attention to this critical issue, the plethora of data and views can cause confusion and can delay much-needed action. In this article, I will start with recent examples of air pollution stories that...

At the heart of the concept of biocultural diversity is the idea that much of culture is based in the natural world, so a diversity of cultures and cultural phenomena arises from a natural environment with great natural or biological...

An image of expanding cities is associated, in most people’s minds, with the shrinking and gradual disappearance of urban nature. Yet, as life in cities becomes increasingly stressful and challenging, a gradual revalorization of urban nature is taking place across the...