When you walk outside after a summer rainstorm, you know it when it hits you: that distinctly earthy, musty, yet crisp scent that flows with optimism and a desire to be in nature as you take a long, deep breath. It is the smell of rain, known as petrichor, and it is released as raindrops hit the ground, spreading odor molecules from the soil into the air.

Olfactory stimuli, with their unique chemical properties and ability to evoke powerful emotional responses, can be implemented in biophilic designs.

Biophilia, humanity’s innate biological connection with nature, is utilized in biophilic design, which incorporates nature into the built environment to improve our health and wellbeing. Specifically, a Non-Visual Connection with Nature (Pattern 2 of the 14 Patterns of Biophilic Design) provides an exciting opportunity for design to further enhance our perception of a space. Biophilic odors, or olfactory sensory stimuli that reflect nature, have physiological effects (e.g., arousal and improved immune function), as well as profound associations with memory and emotion, impacting both the body and mind.

Olfaction, or the sense of smell, was the first sense to evolve in animal cells and arose as a way to recognize and respond to chemicals in the environment [1]. The human threshold for sensing some odors is impressively low—the earthy scent of geosmin (the compound that assists the release of petrichor) can be detected at concentrations under ten parts per trillion [2]—and the estimated number of odors that humans can detect ranges from a conservative 5,000 [3] to 1 trillion [4]. Odors are processed very quickly by the human body compared to other stimuli; odorous molecules bind to olfactory receptors in the lining of the nose and send signals through the olfactory nerve directly to the limbic system, the network in the brain responsible for emotion and memory [1].

This intimate anatomical connection between stimulus and response makes olfaction a powerful mnemonic trigger, playing an important role in human cognition, behavior, and memory [5]. In odor-associative learning, an olfactory stimulus becomes linked to an emotion, memory, behavior, or physiological response through experience [1]. That is why smelling bacon may make your mouth water or why the scent of charcoal may remind you of a summer camp cookout. A body of research indicates that most responses to odors (Table 1) are due to associative learning and have measurable effects on cognitive performance, stress, and mood.

According to a study by Glass et al., odors associated with nature (e.g., summer air) have been shown to evoke positive responses, while those associated with urban environments (e.g., disinfectants) evoked negative responses [6]. For example, the scent of summer air not only improved mood, but also was identified by study participants to be associated with meadows, grass clippings, and tomatoes. Odor preference was also linked with physical response, which was largely due to associative memory. Studies on Shinrin-yoku, or Japanese forest bathing, present evidence of the physiological benefits (e.g., lower cortisol concentrations, pulse rate, blood pressure) of spending time in wooded areas compared to urban areas [7, 8]. Other opportunities exist in the scope of non-plant-based natural scents such as seawater or clay.

Designing for positive psychophysiological responses to natural scents can improve occupant health, productivity, and performance, translating to economic savings and enhanced well-being. In The Economics of Biophilia, Terrapin Bright Green explains that much of an office’s cost is devoted to salary and benefits, so employee health is a smart investment. The main factors of productivity loss in the workplace (e.g., poor focus, negative mood) may be lessened with proper implementation of olfactory stimuli such as using peppermint to improve focus and performance [10]. Similarly, an improved learning experience in schools may be achieved with odors like rosemary, to enhance alertness and cognitive performance [11, 12]. In high-traffic open settings like offices and schools, generally pleasant odors in low concentrations may be most effective in improving well-being for the most people.

Healthcare facilities such as hospitals or dentist offices can encourage more comfortable experiences by incorporating odors such as lavender to alleviate anxiety, reduce agitation in patients with severe dementia, or lessen the demand for postoperative painkillers [13, 14, 15]. These environments, with a relatively high amount of control over localized air quality, may cater odors to personal preferences or associations, creating a more effective healing space. Faster recovery times mean happier patients and reduced costs.

As forms of both Nature in the Space and Natural Analogues, olfactory stimuli may be incorporated into design in several ways to support a biophilic experience:

Design should consider the use of odor as one of many strategies to be integrated into the ecological, utilitarian, and experiential context of a space. A multi-sensory experience amplifies the benefits of a scent and connects it with other patterns of biophilic design. The olfactory experience may be enhanced by Visual Connection with Nature, which gives context to odor; Thermal & Airflow Variability, which distributes odor throughout space; and Presence of Water and Material Connection with Nature, which each contribute to ambient odor. Olfactory stimuli may also contribute to Non-Rhythmic Sensory Stimuli with stochastic exposure to natural scents and to Mystery, which has conventionally been reserved for the visual experience, by attracting individuals using far-reaching scents. The interplay of multiple senses is essential in designing for people with limited vision or mobility, an idea realized by the Universal Design movement.

“Every touching experience of architecture is multi-sensory; qualities of space, matter and scale are measured equally by the eye, ear, nose, skin, tongue, skeleton, and muscle. Architecture strengthens the existential experience, one’s sense of being in the world.”

As a Non-Visual Connection with Nature, the olfactory experience is often overlooked in the built environment, yet it has a profound impact on the perception of our surroundings. With such potent associated memories, emotions, and physical reactions, odors open new doors for biophilic design. While ongoing research will explain the unknowns of perception and the human experience, it will ultimately be up to designers and planners to make use of these insights and create supportive environments that better connect us to nature.

This essay is posted with permission from Terrapin Bright Green and originally appeared on http://www.terrapinbrightgreen.com/blog/ on May 9, 2016.

Akpinar, B. (2005). The effects of olfactory stimuli on scholastic performance. The Irish Journal of Education/Iris Eireannach an Oideachais, 86-90.

Matsumoto, T., Asakura, H., & Hayashi, T. (2014). Effects of olfactory stimulation from the fragrance of the Japanese citrus fruit yuzu (Citrus junos Sieb. ex Tanaka) on mood states and salivary chromogranin A as an endocrinologic stress marker. The Journal of Alternative and Complementary Medicine, 20(6), 500-506. 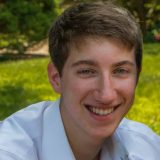 About the Writer:
Sam Gochman

Sam is currently a Biophilic Design Intern at Terrapin Bright Green and is studying ecology, anthropology, and human-centered design at Dartmouth College.


While the urban sustainability movement has had many successes over the past decades, the benefits have been disproportionately befitted affluent residents. This is partly on account of the fact that sustainability discourse over recent years has placed a stronger emphasis...

22 May 2020 If You’re Feeling Stressed in These Times of COVID-19, a Picture of Nature Can Be Restorative! Meredith Dobbie,  Victoria

More than half the world’s population now lives in cities, where nature, at the best of times, can seem hard to find and enjoy. The restorative value of nature has long been acknowledged but how can we access it in...