Through their educational and experimental roles in society, universities can play a unique and vital role in cities’ transitions to sustainability.

Although life itself is a learning process and education can happen anywhere, from the streets to virtual places, the temples of educations in our minds were—and still are—schools and universities. But how are those spaces changing, and what is their role within planetary, societal, and urban sustainability?

Once upon a time (more specifically, during medieval times), universities were meant to be places for teaching and shaping the elite class of the ruler in charge. This role persisted until the industrial revolution, when professors and scientists were asked to improve the efficiency of machines and new production systems. During World War II, academia was the tool for fostering technological innovation, with some of the tragic consequences we all know about. Recently, Richard Florida has outlined a new university role in nurturing the rampant “creative class”, while John Scott has recalled the needed postmodern shift of the universities missions’ from teaching to research as a tool for public service, embedded within a framework of globalization. Even more recently, Henry Etzkowitz has designed a triple helix cluster that should blend the boundaries between university, industry, and government in a way that becomes the interface for a regional innovation strategy. This last move emphasizes the emerging “third mission” of universities: the need to engage with real societal demands and link the university with its socioeconomic context.

In 1971, Ivan Illich, the philosopher, social critic, and priest, published a book called “Deschooling Society”. Feeling that an “economic growth-machine” was transforming education and our social and cultural realities into commodities (a process he called becoming “schooled”), he used his book to introduce the revolutionary potential of “de-schooling” by using technology to create institutions serving personal, creative, and autonomous interactions, enabling digital tools and learning, providing free access to information, and establishing new open economic models. Unfortunately, just a few universities undertook this road.

Still, it is worth exploring why universities and campuses retain the potential for being active engines catalysing sustainability social transitions, for at least three reasons.

First, innovation could emerge through refurbished buildings where new design and management technologies are tested even as they are revitalizing a part of the city in which a university is located. Among others, the case of Politecnico di Torino in Italy is an interesting example of how to retrofit a UNESCO heritage building (the Valentino Castle, Fig. 1a) for new purposes, or to refurbish former industrial sites, such as the FIAT and General Motors, for lectures and study rooms where car factories were assembling cars just few decades ago (Fig. 1b).

Second, universities create genuine communities, with identities and a sense of belonging that provide fertile grounds for raising awareness about environmental issues. Hokkaido University, in Japan, for example, expressed the important role of Japanese traditional ecological knowledge through a massive campaign about the need to enhance contact with nature (see Fig. 2). The campus community is encouraged to adapt to seasonal temperature changes by using blankets or hot-water bags in the offices during winter, or is allowed to not wear jackets and ties in summer in order to lower air conditioning use, thus reducing electricity consumption.

Third, universities can be conceived as living labs for testing innovative solutions for low-carbon buildings, sustainable mobility solutions, and food/waste reduction strategies in an integrated way and through the active involvement of industry partners or NGOs. The concept of a living lab scales the length of the urban border condition to the campus one, and takes students, teachers, and administrative staff as “citizens” of this portion of the city, co-creating both more sustainable life conditions and a test platform for applied teaching and research (as the University of Manchester, among many others, is demonstrating).

When we start critically looking for university examples and best practices about sustainability initiatives and bridges within urban systems, the results lag behind our ambitions and discourse. As with “Smart Cities” rhetoric and related solutions, sustainability has been embraced by neo-functionalism paradigms, relying on quality controls, safety norms, and quantitative performance measurements for the purpose of escalating global rankings in order to become lauded as The Most Green Campus. Greening continues to primarily exist as an outside layer adopted by universities, often lost within technocratic quantitative targets that disregard, for instance, processes, behaviour, and context-dependent aspects of sustainability.

This criticism stems from evidence found in the current Campuses Sustainability Assessment, or CSA, Frameworks. As explored in one of our recent papers, usually CSAs mainly assess material utilisation (such as the “Sustainability, Tracking, Assessment and Rating System”), or regulatory compliances (such as the “College Sustainability Report Card” system), or measuring quantitative parameters, such as the number of kilometers of bike lanes or square meters of green areas. The fallacy of these metrics arises from their total disconnection from the university community and its context, and their focus on a kind of summarizing game, in which all the criteria contribute to reaching a 100 percent sustainable university.

But what if a university is sprawled within the city, having different buildings but no campus, thus relying on the city’s bike lanes and green areas, since it does not have the physical space for building green areas within the city? Its position within the sustainability ranking will be lower, after the big campuses that have bike lanes and lots of green spaces. Also, the eco-efficiency indicators (metrics requested by the “auditing instrument for sustainability in higher education”, or AISHE, for example) simply look at the amount of kilowatts per square meter per year as a key indicator, not wondering about the “trend” in the consumption reduction pattern along the years, nor the percentage of satisfied people related to their comfort level in their working environment or the “hosted function”. What does this imply and what do we mean when we refer to a “hosted function”? Think about a university hosting a data centre and one hosting a hospital. What would its energy consumption be with respect to the data department? Could we compare these two universities within the same sustainability ranking, thereby encouraging LEED certifications to be awarded only to new, big, green campuses without energy-intensive departments? Obviously not. However, this is how current CSAs work and how they rank our universities.

These quantitative and standardized measurements of “sustainability performances” are based, and inspired by, the Global Reporting Initiative, or GRI, which has become the de facto instrument for sustainability reporting in the corporate world, establishing a common language for the discussion on sustainability issues. Although this paradigm could be seen as a necessary preliminary step towards the long process of transitioning to sustainability, we have proposed a more meaningful measuring of sustainability performances in our recent paper. It is nonsensical to compare universities without having first normalized their performance according to at least 3 background parameters: i) morphological structure (is the university a campus, or nested within a city centre having different, maybe heritage historical buildings, which are difficult to retrofit?), ii) hosted function (which are the hosted functions of the building for which we are assessing its sustainability?) iii) climatic context (are we comparing the absolute value of energy required to warm an university in Stockholm, to the energy used in Morocco to keep rooms comfortable through air conditioning, to the consumption performances of a university in Canary Island, which enjoys spring-like temperatures all year?).

Fortunately, new kinds of sustainability assessment frameworks (some of which are listed in this book, by Sandra Caeiro) are trying to introduce these new indicators. The INDICARE-model, for example, introduces a novel approach that encompasses indicators of participation in campus sustainability implementation, and also treats the assessment moment as a reflective, transformative exercise for fostering an experience of the interconnectedness of human–nature (and inter-human) relationships.

From universities to our urban planet

Through an open-ended understanding of sustainability processes that focuses on more than performances, also including universities’ communities, these last advances are key for addressing broader sustainability issues. In a recent post, Stephan Barthel introduced the need for strengthening the nexus between people (especially kids) and nature as a tool for behavioural change that fosters awareness about what nature is and what sustainability is about, beyond energy reductions. Within this post, we aim to amplify this important message, highlighting the role that universities, through their educational and experimental roles in society, can play as cities transition to sustainability. There is an undeniable increasing linkage between the city and universities; universities mission today must be strengthening this linkage through “de-schooling”, open lectures, dissemination activities, and projects involving both people, groups, and buildings sprawled through our cities. 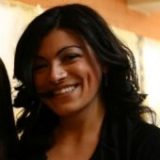 About the Writer:
Giulia Sonetti 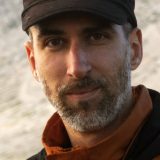 About the Writer:
Lorenzo Chelleri

Lorenzo is the Director of the International Master Degree City Resilience Design and Management and Chair of the Urban Resilience Research Network (URNet) at the International University of Catalonia (UIC). With a background in urban and regional planning, environmental policy and urban geography, his research and teaching activities critically address the governance and planning processes related to city resilience governance.

One thought on “The Nature of Universities and Sustainability”