How many traces of Indigenous or First Peoples’ presence have you unknowingly walked, driven, or otherwise passed over today?

Buried traces of the presence of First Peoples have contemporary cultural significance for the future-making of a more just society.

In my case, walking along the Sydney Harbour foreshore, through the inner-city suburbs of Glebe and Camperdown, and across parklands to my workplace, the University of Sydney, I am conscious of having traversed numerous buried cultural remains of past Australian Aboriginal presence. There is no doubt in my mind that this is the case. In making this statement, I am drawing on more than three decades of work in the fields of Australian Indigenous archaeology and heritage studies.

Buried Aboriginal cultural remains have significance in both a present and past sense. But there is a future significance, too, a significance linked to the ability of these remains to contribute to the future-making of more socially just, rights-based cities.

In this post, I consider the archaeological and cultural perspectives on the concept that Indigenous heritage is everywhere. The subtitle of this post, “buried pasts and pervasive futures”, is intended to express the continuous, un-erased presence of an Indigenous past, present, and future. The perspectives presented here are particularly relevant to those cities located within such colonial settler nations as Australia, New Zealand, Canada, and the United States. However, my focus is on Australia, my country of citizenship.

Traces of Aboriginal people’s presence are to be found everywhere across the Australian continent; this includes within and beneath all parts of the country’s cities and peri-urban and rural landscapes. Evidence supporting this claim is to be found in the huge number of archaeological research reports and commercial archaeology compliance reports prepared in advance of development. In Sydney, for example, extensive archaeological survey and excavation has been undertaken on the Cumberland Plain—a physiographic region now enveloped by the suburbs of southern and western Sydney—in advance of rapid urban expansion and densification.

Virtually all of the archaeological reports, accumulated over more than 40 years and numbering well over 12,000 for the State of New South Wales, detail the ubiquitous presence of “archaeological” remains. The physical evidence of past Aboriginal presence is everywhere.

Most common amongst these surviving objects are stone artefacts, composed of deliberately created stone tool forms as well as the debitage, or chipped waste fragments, of stone tool manufacture. Other relatively common archaeological traces documented within Australian cities include the shells of shellfish and the bones of animals, typically interpreted by archaeologists as the remains of foraging and hunting activities. Together the mass of archaeological survey and excavation reports point strongly to the presence of archaeological traces in all parts of the landscape, though the density of remains varies noticeably.

In Australia, this situation is a consequence of more than 45,000 years of Aboriginal peoples’ occupation of the continent. This is an immense span, not only because of the number of human generations represented (over 2,200), but also because of the dramatic changes in climate that resident populations experienced. Such changes included the Last Glacial Period or ice age (extending from 25,000 to 15,000 years ago), when average global temperatures were between 6 to 10 degrees Celsius (11 to 18 degrees Fahrenheit) cooler than at present and sea levels up to 100 and 130 metres lower. For example, 18,000 years ago the present day coastline in the region of what is now Sydney was from 6 to 20 kilometres (6 to 13 miles) further east. It was only by 6,000 years ago, following millennia of sea level rise, that the coastlines as known today were established. Although rare, Aboriginal stone artefacts have been recovered from inland estuaries and ocean floors, evidence of the occupation of once habitable landscapes.

From an archaeological perspective, many of the buried traces of past presence are interpreted as “mundane”, comprising the remains of domestic activities represented by the huge numbers of fragments of worked stone, shell, and bone. Within the scientific work of archaeology, such objects are assembled as evidence to reconstruct and reimagine past socioeconomic systems and lifeways. Much of the history of Aboriginal peoples’ occupation of Australia is based on such scientific work, and it has produced powerful stories of past migrations, settlement patterns, technologies, and social organisation. For the Sydney region, an authoritative account based on archaeological evidence and historic records is available, for example, in Val Attenbrow’s Sydney’s Aboriginal Past.

For present-day Aboriginal people, the descendants of those who created stone artefacts and discarded shell and bone, such physical remains can mean much more. They can be evidence of an ancestral presence. That is, they mark the presence of “relatives” who occupied the lands and seas of Australia prior to and during non-indigenous occupation of the continent. Initial European settlement of Australia commenced in 1788 with the arrival of the first fleet of English convicts and soldiers. The first settlement was founded at Port Jackson (Warrang), now known as Sydney Cove, and the centre of modern day Sydney. The histories of Aboriginal interactions with the settlers and the continued presence of Aboriginal people across the city to the present has been documented and discussed, for example, by Grace Karskens in The Colony (2009) and Paul Irish’s recently published Hidden in Plain View. It is important to note that Aboriginal people continued to live in and around the settlement from 1788 and continue to do so.

For some Aboriginal people, the objects of past presence can be more than physical reminders of past histories and the presence of past family members. They can also be more than mnemonic devices with a capacity to provoke stories of past and present occupation of the landscape. For some, stone objects take on, or are imbued with, social meanings. That is, stone artefacts are significant as material proof and affective markers of the presence of ancestors. And, increasingly for individual Aboriginal people, there is the capacity of stone artefacts to transmit spiritual ties in the form of “special feelings” connected with familial ancestors and “power” associated with find locales.

In Australia, contemporary Aboriginal people speak of their connection to landscape through the concept of Country, a complex Aboriginal-English term referring to a whole-of-landscape meaning. The phrase “caring for Country” is a multifaceted construct related both to personal and group belonging and to maintaining and looking after the ecological and spiritual well-being of the land and of oneself. Caring for Country in Aboriginal cosmology is a phrase encompassing all parts of the landscape and seascape, as well as people and non-human species. In other words, all parts of the lands and seas that make up the territories of Aboriginal individuals and collective groups are important to contemporary Aboriginal people and integral to their cultural and spiritual identity.

Together, the idea of Country with the evidence for ever-present worked stone and shell and bone traces in all parts of the landscape mutually reinforce the notion that city, peri-urban, and rural dwellers in Australia are always amongst ancestral peoples. They demonstrate different yet unifying ways in which Aboriginal presence is constructed across deep time, the post-1788 period, and within contemporary cityscapes. In heritage terms, this can be understood as all parts of the land and seas having Indigenous values based on physical (archaeological) evidence, historical (archival) documentation, and contemporary Aboriginal (cultural) attachments and social meanings. That is, the Aboriginal heritage of Australia is physically inscribed in the landscape and marked by deep time connections. This “always-present” is something all city dwellers are connected to, even if unknowingly, as they move through their urban environments.

How does this experience speak to the idea of “pervasive futures”? In short, the Aboriginal objects accumulated over millennia in Australia’s cities, alongside the millennia-long histories of Aboriginal attachments, are omnipresent and inescapable.

The idea of heritage has undergone considerable re-conceptualizing in recent decades. Whereas heritage was once thought of as solely things and stories inherited from the past, increasingly heritage is being reformulated as a “future-making”, forward-looking project. In this regard, the University College of London’s Heritage Futures research programme is leading the way: “It begins from the premise that heritage is fundamentally concerned with assembling futures.” From this heritage-as-future-making perspective, the concern of heritage becomes more about human rights and intergenerational justice, resilience, and survival than about conservation and protection of heritage items.

In Australia, concerns for Indigenous rights and social justice continue to be demanded, following on the work of reconciliation projects from the 1960s. Reconciliation Australia is a leader in this work. In 2017, the organization has called for reflection on two significant milestone anniversaries—50 years since the 1967 referendum supporting Aboriginal people in determinations of population and 25 years since the historic Australian High Court Mabo decision recognizing the land rights of the Meriam people, traditional owners of the Murray Islands. These anniversaries will be foremost events in the forthcoming National Reconciliation Week (27 May – 3 June 2017). The theme of 2017’s Reconciliation Week is “Let’s Take the Next Steps”.

So when taking your next steps in getting to work today, be aware that you will be passing over the buried traces of past Indigenous presence. And that those traces are not “of the past”, but rather have deep cultural significance to contemporary Aboriginal people and for the future-making of a more socially just, rights-based society. Furthermore, these seemingly “mundane” objects, whether seen or unseen, have the ability to shape the future of cities, since they serve as pervasive markers of the rights of First Peoples and the responsibilities of those citizens and visitors that inhabit the cities of Australia … as well as New Zealand and all countries in the Americas. 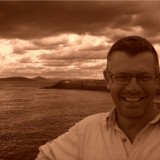 About the Writer:
Steve Brown

Steve Brown is Lecturer in Archaeology (Heritage Studies) at The University of Sydney, Australia.

2 thoughts on “ALWAYS TOGETHER: A Tale of Indigenous Buried Pasts and Pervasive Futures”


This essay advocates for a unique “Youth Empowerment Based Green Recovery Programme” to be developed and adapted by governments to enhance long-term societal resilience. As we have collectively moved towards unlocking the lockdowns and quarantines that had been in effect...

More than a century ago, urbanist Ebenezer Howard invented the concept of a “garden city”—a city with a bustling urban core, fanning out into green neighborhoods, and then farther out into farmland, all of it theoretically connected in a semi-closed sustainable cycle. As a kid growing up in San Jose, California, I wondered why I’d never seen one of these...