Recently, Colding and Barthel (2017) critiqued how the Smart City-model is taken more or less as a given good for creating sustainable cities. This view is deeply rooted in seductive visions of the future, where the digital revolution stands as the primary force for change (for a critical perspective, see for instance Luque Ayala and Marvin, 2015: March, 2016; Hollands, 2015). Smart grids and meters, automated transport systems, communication networks, and data collection and analysis of data are all part of the smart city vision. While the seamless integration of digital technologies for the management of city functions promises greater cost-effectiveness and efficiencies, there are significant questions and philosophical issues that must be addressed as greater reliance on technologies for the running of our cities is pursued.

By intertwining systems that generate different kinds of services—creating a system of systems—the complexity of the whole increases exponentially. As a consequence, the vulnerabilities in a smart city system are significantly higher.

This summer over 7,000 papers will have been published about the Smart City. It is by far the fastest growing discourse within the wider umbrella of urban sustainability. Despite the sheer number of publications, none applies a social-ecological resilience lens in the analysis (Colding and Barthel, 2017). We argue in the letter to the editor of the Journal of Cleaner Production that urban resilience scholars need urgently to engage with this literature to provide deeper philosophical pondering about what really is at stake and if and how the Smart City could contribute to development of a more resilient planet Earth.

Employing a sort of a cyborg worldview—meaning a living system of intertwined human and machine parts—the Smart City system is seen as contributing to urban sustainability with the basic assumption that ‘the Internet of Things’ serves social and public ends. These ends include economic benefits, improving efficiency and quality of life for people by optimizing control of infrastructures. In this view, urban residents are at the center of a city’s sustainability transformation, while at the same time serving as “data sources”, providing urban planners (central controllers of the cyborg) various sources of information about human behavior that may or may not be exploited. While various efficiency measures often are beneficial for society, at least in the short term, the discussions of resilience of such a cyborg is mostly entirely avoided (Colding and Barthel, 2017). Fresh in memory is the recent global outbreak of ‘worms’ which in the UK collapsed large-scale critical infrastructures, like hospitals. Hence, it is necessary to confront how the cyborg strategy may affect resilience related to basic social services, including how basic human needs might be secured, i.e. health care and food-energy-water security.

The literature around the smart city concept appears to rest on the idea of environmental modernization, a paradigm placing particular emphasis on enhancing economic and social sustainability. However, this literature puts hardly any emphasis on ecological sustainability, nor does it include the role of ecosystem services, such as those generated by urban agricultures or wetlands and which could be viewed as technologies, for building urban resilience towards internal- and external disturbances. If the concept of technology is understood as the compilation of techniques, skills, methods and processes used in the production of goods or services, wetlands for instance can serve to shelter cities like New Orleans or the mega city of Dhaka from flooding and denudation, and peri-urban food production systems contribute to a resilient food security by keeping prices low when poor city inhabitants suffer from global price-spikes of bulk crops (like the spike in food prices during 2008).

Colding and Barthel in their recent publication in Journal of Cleaner Production (2017) discuss the resilience of the internet (on which the cyborg feeds), viewed to function as a complex adaptive system. They argue that the internet, like healthy ecosystems, holds vast redundancy that is of crucial importance for its resilience, composed of several seemingly redundant elements that are able to perform the same basic tasks. If one task gets wiped out, others can step into its place. The internet also contains modularity of the totality of the network that prevents disturbances to spread easily throughout the system, or web. However, modularity comes at the expense of connectivity; why it is important to strike a balance towards intermediate levels of modularity that promote resilience in social-ecological systems by keeping enough information and genes flowing, while preventing disturbances from spreading quickly. But such structural characteristics single-handedly cannot build resilience. Learning and memory are also vital for building resilience. Unlike the internet, immune systems of humans can quickly perceive attacks and respond by isolating the damage to one part of the system. In this way, the immune system can learn to detect and remember pathogens, rapidly redirect information and energy, redistribute tasks, and increase immediate counterstrikes (Buchanan, 2002). Compared to biological systems, the internet is but “an elephant trying to play the piano”, and a well-coordinated attack may well disintegrate it into isolated pieces.

New markets that develop rapidly tend all too often overwhelm societies capacity to develop new regulations to respond to unwanted surprises. One example is smart city technologies that develop faster than urban resilience thinking, let alone laws and regulations, creating a gap that leaves ample room for industrial espionage, terrorist attacks, worm infestations and system failures due to natural disaster. By intertwining systems that generate totally different kinds of services (e.g., internet with e.g. flood control systems, traffic control and with power grids), creating a “system of systems”, the complexity of such collaborating systems increases exponentially. As a consequence, the number of vulnerabilities in a smart city system is significantly higher than that of each of its sub-systems (Bartoli et al. 2011). There are also “major privacy concerns” to be overcome in realizing smart cities, such as maintaining confidentiality of personal data of groups and individuals (Batty et al., 2012).

The smart cyborg city may of course also offer benefits for citizens; but those are still largely aspirational. There are a great number of questions that must be addressed both in research and more broadly in society through public debate and in the media. Applying a resilience lens, cyber security is likely to become one of the biggest challenges facing the development of the cyborg. We urge social-ecological resilience scholars to make a mark in the booming literature on smart cities. For instance, how can ‘nature based solutions’ complement in resilience building of basic services for human wellbeing, that may be jeopardized when basic infrastructures become wired in by the ‘the Internet of Things’? How can resilience scholars trained in systems ecology contribute with thinking around cyber security? How may Smart City technologies interact with place-making in cities? These perspectives must be a part of the discussion if smart cities truly will become secure, sustainable, resilient and an asset for city inhabitants. 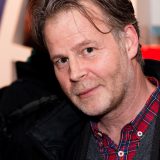 About the Writer:
Johan Colding

Johan holds a PhD in Systems Ecology and is an Associate Professor at The Stockholm Resilience Centre (SRC) and the Beijer Institute of Ecological Economics where he leads the Urban Research Program. He has served as the research coordinator for the Swedish sub-global Millennium Ecosystem Assessment (MA) and has been on the editorial board of several scientific journals. 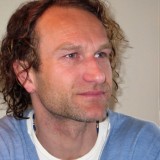 About the Writer:
Stephan Barthel

Stephan Barthel is at the Stockholm Resilience Centre and the University of Gävle, where he researched on environmental issues in metropolitan landscapes, with focus on social features that have a bearing on the capacity to manage and design for urban biodiversity and ecosystem services.

The New Urban Agenda, being adopted at Habitat III, requires a coherent and legible global urban scientific community to provide expertise to direct and assess progress on urban sustainability transformations. As we have commented in Nature’s special section on Habitat...

Russia’s invasion of Ukraine has exacerbated existing problems in global supply chains of two fundamental commodities, namely energy and food, which in turn are leading to soaring inflation. In response, several countries are abandoning their commitments made at the COP26 conference to reduce carbon emissions and instead going back to coal and other forms of polluting energy. The global situation...