Imagine the world of productive potential beneath your feet.
In previous TNOC posts I wrote about two apparently different topics: urban agriculture and living underground. Let’s combine them now into a new urban object: Farming underground. You may very well think that I am playing smart-aleck here, and that this paper is just a piece of bravura, since farming may appear incompatible with underground place, if only because there is scarce natural light down there. Well no, it is not. Underground farming exists already and develops steadily throughout the world. An example is the Plantlab three floor underground farm in the city of Hertogenbosch in the Netherlands, with plants cultivated without sunlight by a private company—PlantLab. Another is the network of World War II shelters under the city of London used to grow crops. And you can find similar places in South Korea, Tokyo, and Sweden.

But there is a fly in the soup, the same fly I was talking about in my former posts on plain soil level urban agriculture. What kind of underground farming are we speaking about? Are we going to reproduce conventional agriculture in the first place? And then, thinking of my last post about living underground, how would underground citizens interact with farming? Underground farming has already a solid financial agenda and may ultimately become even more industrialized than surface conventional one, which may very well lead to a social and environmental nightmare. But, we can also imagine reproducing kitchen and community gardens underground, so as to foster more inclusive societies.

There are some places in the world where this type of underground farming exists already. Let’s consider the Chinese village of Zhongdong in the province of Guizhou, where people have been living and farming underground for a long time.

In southwest China, at an altitude of 1.800 meters, is a huge natural cave tucked into hazy green mountains. Carved over thousands of years by wind, water and tectonic activity, this cave is 115 meters wide, 50 meters in height, and 215 meters under the surface. Today, Zhongdong is a village of more than 100 inhabitants tucked into this cave. In fact, Zhongdong means, “Middle cave”… How original! Well, maybe this truism is not so obvious after all: if there is a “middle cave” today, there were probably villages named “upper cave” and “lower cave” in the past, which means that this lifestyle was much more common then. And indeed, there are two other caves nearby: the first one is too damp to be habitable (local climate is characterized by heavy rains and high-level moisture) and second one is uninhabited.

The villagers belong to the Hmong ethnic group—which number about ten million inhabitants in China. This people live officially in the cave since 1949. They supposedly moved there to protect themselves from the chaos of the Chinese civil war.  But in fact, there were there probably far a long time before that — we’re speaking of hundreds of years. The elders—among them people born long before 1949—remember that they had always lived there. Besides, the oldest village structures still in place in the cave date back over a century. The soil stratum also testifies to centuries of human occupation. In other parts of China people live in houses tunneled out of hillsides, but Zhongdong is the only place where people live year-round in a natural cave.

It is not only a village: it is a whole world in a cave, a little universe. At first look, the village is formed of scattered shanty shacks with no roof. They do not need them, since they are deep inside the cave. But a clutter of food stocks, fuel wood, fodder, laundry drying on clotheslines, surround every house. There are also many farming lots. The inhabitants grow corn, rice, some vegetables for everyday use, and raise chicken and pigs—there are even a few cows. In order to make farming possible, the lots are located in places receiving enough daylight, nearby the cave entrance or under natural light shafts, and water is collected from dripping walls and guided to the fields. Recently wells have been drilled and nearby springs have been diverted to irrigate crops, water livestock, and for drinking and other domestic uses. They are vital, especially during the dry season when water supplies are limited.

The only connection linking the cave to the outside world is a narrow trail high above a river that winds through bumped countryside of Guizhou’s province. It means one hour trip walking from the nearest human settlement, followed by an hour up a steep, rough stone path to buy the things the villagers can’t make or grow, like toothpaste and soap, clothes, and to sell their cattle and crops.

An elementary school opened inside the cave in 1984: wooden classrooms against the cave walls with a schoolyard on the front side and a sport court. According to the teachers, acoustics were perfect, and the school’s environment was ideal for practical work in geology or biology (lizards, bats, and swallows). More than 200 children attended the school, some coming from hamlets of the neighborhood.

At the very beginning of this century the village got connected to electricity and landlines and cell phones started working. In the wake of these improvements a medical dispensary opened. So, yes, underground farming can be associated with a micro-society—here, a cavemen’s village—and is not inconsistent with opening up to the world.

When considering underground farming past meets up with future. Zhongdong can be seen as a reference—or at least an ancestor—for a project in Paris: an underground car park underneath a social housing complex of 300 households—quartier de La Goutte d’Or—has been converted by the inhabitants into a kitchen garden of 3,500 m2 named La Caverne (the cave). 500 m2 are already cultivated and the place produces more than 40 tons of organic vegetables, mushrooms and microgreens per year for the use of the local community (inhabitants of the complex and neighbors), recycling 20 tons per year of microbrewery dregs, coffee ground, and compost as fertilizer. Thus, La Caverne also turns urban biowaste into bioresources.

How did La Caverne happen? Paris City Hall launched a contest—named Parisculteurs— to develop urban agriculture and more generally active revegetation in the city. A collective gathering the housing complex’s inhabitants applied with the support of both their social landlord ICS La Sablière and Cycloponics, and their project—La Caverne—won the contest. Cycloponics is an environmental activist company that intervenes in disadvantaged districts to help people initiating participative urban underground organic farming, as a means of giving the inhabitants access to healthy food but also of building social inclusiveness and developing economic activities. The company already helped creating an underground farm —Le Bunker Comestible (the edible bunker)—in an ancient 1880s bunker near the city of Strasbourg.

As a co-op organization, social cohesion is also an objective of La Caverne. Right at the entrance of the staircase that leads to the farming lot is a direct sales kiosk where surplus production is sold to any passers-by. They also sell products from other Parisian urban and peri-urban micro-farmers.

You could be this passer-by. Pay a visit to La Caverne while in Paris. This activity provides jobs to unemployed people from the housing complex. La Caverne is succeeding in turning a social housing complex into a kind of village. 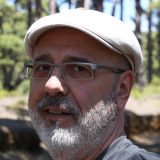 About the Writer:
Francois Mancebo

François Mancebo, PhD, Director of the IRCS and IATEUR, is professor of urban planning and sustainability at Reims University. He lives in Paris.

One thought on “Past and Future? Living and Growing Food Underground”


Resilience is the word of the decade, as sustainability was in previous decades. No doubt, our view of the kind and quality of cities we as societies want to build will continue to evolve and inspire new descriptive goals. Surely...

The Nature of Cities collective blog is now over a year old, during which time my friends, colleagues and co-authors have written many fascinating articles on various aspects of nature, and on people-nature interactions in urban environments. Today, in my blog, I’d like to step away from my previous two pieces—a discussion of tree diversity in Bangalore, and a tale...

In September last year, the IUCN World Conservation Congress—Planet at the Crossroads—brought together in Hawai’i more than 10,000 participants from 180 countries, including top scientists and academics, world leaders and decision makers from governments, civil society, indigenous peoples, and business....