The principle of “leave no one behind” can be made operational through socio-economic and ecological connectivity for overcoming the neglect of equity and inclusion in cities.
The 2030 Agenda for Sustainable Development (Agenda 2030), which is comprised of a global commitment to “leave no one behind” and “endeavor to reach those furthest behind first”, explicitly details neither the pledge to leave no one behind (LNOB) nor establishs a shared understanding of what LNOB means in a city-specific context to drive action and share creative practices. Here I argue that urban connectivity—incidental contact with or direct exposure to the natural or built environment in cities—is closely linked to the broad drivers that contribute to people being left or furthest behind across city scales. I also think that understanding the linkages between urban connectivity and LNOB can inspire action and collaboration on the development of a methodology for city-level assessments of populations and groups who are (or are at risk of) being left behind in any given city, and why they are being left behind. Such advances would inform efforts for achieving SDG 11, which focuses on making cities safe, inclusive, resilient and sustainable.

There are two broad categories of urban connectivity—socio-economic connectivity and ecological connectivity—that can function in a city as catalysts for leaving no one behind. Socio-economic connectivity focuses on the characteristics of urban system services (transportation, sanitation, water, etc.) and the way these play out across different socio-economic groupings to overcome inequality, marginalization, and deprivation. Ecological connectivity, on the other hand, centers on natural and semi-natural habitats in cities (green parks, urban forests, domestic gardens. etc.), and how these are supportive to the ecosystem services needed by urban residents to live and work in the city in the face of inequality and marginalization.

Inter-city connectivity stimulates the growth of secondary and tertiary cities as land- and capital-intensive operations move outward in search of cheaper land that is well-connected to the primary city. This helps to prevent land prices in the primary city from being driven upwards with exclusionary effects. The result is a well-articulated system of primary and secondary cities interconnected by LNOB transit systems that enable different social groupings to access public utilities, jobs, and recreation services, such as India’s freight corridors[1].

Intra-metropolitan connectivity is often characterized by unreliable and/or unaffordable public transport that confines citizens to their neigbourhoods and limits livelihood prospects. Long commuting times can force people into crowded inner-city slums so they can walk to work. If a city faces both of these challenges, economic productivity will be unequal, and wellbeing will deteriorate. Intra-metropolitan transport plans must provide for mixed transit modes that achieve two objectives: increased supply of affordable transport options (possibly by making them compete with each other in real terms, not via false internal markets managed by monopolies to manipulate prices); and minimized congestion and limited pollution. The full cost of individual motor vehicle use should be transferred to the users (e.g., fuel levies, road tolls, charges for single occupancy cars, traffic lanes for multi-occupancy vehicles, congestion charging, etc.), thus raising the personal costs of this mode, which, in turn, will force households and firms to relocate to access public transit services. The result will be strategic intensification, higher land rents, and shorter transport distances, thus fostering urban efficiencies and a more human-scale livable urban environment.

Local-level connectivity, which includes wide traffic-oriented neigbourhood streets connecting large superblocks of gated, low-density residences should be avoided. The street network should occupy 30 percent of the land—this would be equivalent to 18 km of street length with 80-100 street intersections per km2 of residential development. Well interconnected streets with varying widths within these parameters will create a secure but accessible high-quality urban fabric that saves infrastructure costs, reduces energy use, enables non-motorized travel modes and improves efficient through-flows of traffic by 25 percent compared to the wide streets/superblock model[2]. This kind of urban fabric would support building heights of 5 to 8 stories, with relatively small floor area per person ratios—which is only possible if the architectural designs are appropriately inspired by the need for small but highly livable spaces with good natural lighting, effective soundproofing, and a sense of privacy and security. Walkability and biking along tree-lined attractive streets with good pavements and biking paths, benches, outdoor cafes, kiosks, social services and other amenities hold the key to high-quality and safe neigbourhoods. Investments in streetscapes and public spaces will be required to support these kinds of high-density livable neigbourhoods.

While London, New York, and Vancouver are well-known for their livable streetscapes[3],  other cities are investing in similar ways: Colombo, Cape Town, and Lagos have invested in public spaces, streetscapes and their waterfront areas, Ahmedabad has used rights-of-way to support pedestrianisation and the BRT, Chennai, and Johannesburg have plans for improving cycling and pedestrian walkability[4].

With regard to ecological connectivity, urban greening interventions that are targeted at community cohesion and improved social relations have created possibilities for improved ecological functioning and ecosystem services. In Kampala, for instance, the planting of indigenous trees and grass in high-income areas like the Muyenga suburb in Makindye Division, attracts not only pollinators and birds but also grazing of animals for small-scale animal husbandry. This, in turn, permits social engagement with the urban poor who stay in low-lying areas but graze their goats uphill, while protecting biodiversity and ecosystem services that can spur the demarcation of green corridors for recreation and urban agriculture in the greater Kampala metropolitan area.

However, Kampala is increasingly plagued by erratic development. Plots of differing sizes are opened up for construction of housing, infrastructure, or industrial development without attention to conservation of green areas, thus affecting the lives of urbanites who are prone to be left behind. For example, women who are typically the primary caretakers of the home in Kampala usually prefer green areas and recreation facilities that are nearer to their residence or within the neighborhood[5].  Women and children need green parks for play fields near to their homes or within recreation centers that can guarantee safe and amenable access by boys and girls, especially during weekends and school holidays. The same category of urban service-users requires good lighting and landscaping, which creates active spaces for women to rest and not feel isolated during their chain of trips and varied destinations at the neighborhood level.

Ecological connectivity can also be visualized in the growing waste economy, where organic and inorganic waste processing is gradually gaining ground in Kampala. On a small scale, individuals and community groups helping the poor are experimenting the reuse and recycling of nutrient-rich organic wastes for improved agricultural yields but also recycling of inorganics. But knowledge about the transformation of organic wastes into eco-friendly products has remained at micro scale in communities, even where research and pilots have been undertaken over the last two decades. If they remain at micro-levels of operation, such alternative means of managing the organic waste by turning them into resourceful products, such as energy briquettes, is estimated to recover less than 5 percent of the organic wastes generated in the city[6].

Similarly, New Hope Ecotech, a technology company in Brazil, provides a digital platform to connect manufacturers with waste pickers via an innovative environmental currency, similar to a carbon credit. Founded in December 2014 by Luciana Oliveira and SBAC Lawyers, New Hope Ecotech uses waste recyclables rather than the traditional carbon credit as an environmental currency. By issuing “recycling certificates” to private enterprise, the group helps enterprises to meet their corporate social responsibility commitments or regulatory-based obligations, while aggregating recyclables as an output that directly creates work opportunities for informal waste workers.

In 2015, New Hope Ecotech tracked over 3,600 tonnes of recycled material among 1,120 waste workers across 53 waste management and recycling facilities. New Hope Ecotech issued approximately US$500,000 in certificates to private enterprises. Current clients of the group include AB Inbev, NeoEnergia, Giral Viveiro de Projetos[7]. This is an example of a creative practice for leaving no one behind, which Kampala city could learn from, to enable the transition of the current micro-scale interventions of energy briquettes to meso- and macro-scale, with double edged outcomes of mainstreaming the urban poor into the urban economy while reducing the adverse effects of indiscriminate dumping and management of wastes in the city.

Take-away message on leaving no one behind

The principle of “leave no one behind” can be made operational through socio-economic and ecological connectivity for overcoming the neglect of equity and inclusion in cities. The concept can be visualized in the form of an “LNOB tree”—an image that makes visible the connection between “rooting” (in-building equity and inclusion into urban system services and environmental conservation projects at neigbourhood to city, national and global scales) and “fruiting” (achieving LNOB results and impacts), underlining the message that leaving no one or those furthest behind is a means to an end rather than an end in itself in advancing Agenda 2030. 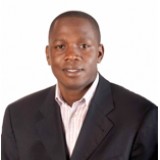 
Out of the 17 UN Sustainable Development Goals, SDG 11 is a standalone goal for urban sustainability, with defined targets and indicators. SDG 11 can help urban policy and decision-makers and local people to think about and work towards urban...

Since the founding of modern Singapore in 1819 by Sir Stamford Raffles, the small island nation has developed from a sleepy fishing village into a modern day metropolis, and has lived up to the adage, “if you build it, they...

20 August 2014 Lessons from Megijima: What Can the Loss of Culture Teach Us About Urban Nature? Patrick M. Lydon,  Daejeon

In terms of physical implementation, we have an endless stream of good knowledge, theory, and practice for building sustainable, nature-inclusive cities; a collection reaching back for well over a century. What’s missing, I would argue, are not methods and knowledge,...