The Black Sea, streaked with sun rays, stretches out as far as I can see on one side of the highway. Buildings housing thousands of people living their dreams line the other side of the road.

I’m noticing the many new apartment buildings dotting—defining—Turkey’s Black Sea coastline. From Hopa to Samsun, and nearly all of the cities and towns in between the 500-kilometer stretch we have done so far in this country, it’s hard not to notice these high-rises. They seem to be everywhere, in various states of construction.

We notice other things, too.

Our route takes us around the jagged coast. The smell of salt air and, in some places, tea wafting through plantations and out of processing plants hangs heavy. Through this stretch, we’re lucky to see some kiwi groves and hundreds of hazelnut trees (Turkey produces 75 percent of the world’s hazelnuts, and most of that comes from the Black Sea region, according to Turkey’s Hazelnut Promotion Group (FTG); walking so many months along roads without many trees makes every one we see that much more special. Snow-capped mountains in the distance make us happy to be in the sun looking at a blue sea on a chilly autumn day, even as we wonder about the impact new and under-construction airports will have on maritime ecology. We walk slowly under the weight of 23+-kilogram backpacks on the wide shoulder of the D-010, a regionally important and well-maintained coastal highway bridging east-west trade routes. Giant stones, scooped out of the earth, mark the limit where land and sea meet. Sometimes, these boundaries, especially in larger cities, blend with bike lanes, jogging straightaways, parks with public exercise equipment and promenades where locals walk, sit, and sip the region’s beverage of choice, tea.

But when I’m not looking at the small waves hitting the stone coastline or minding the constant flow of long-distance trailer trucks moving contemporary conveniences, I’m wondering about these new buildings. The sheer number of them along our way gives me pause. “What’s happening here?” is a question that turns over in my head and rolls out of my mouth when in conversation with locals.

Development is what’s happening here. Like in other places in the world, Turkey’s strategy to leap forward, in part, involves new construction to house its citizens, stimulate the economy, create jobs, and raise the quality of life of its residents. 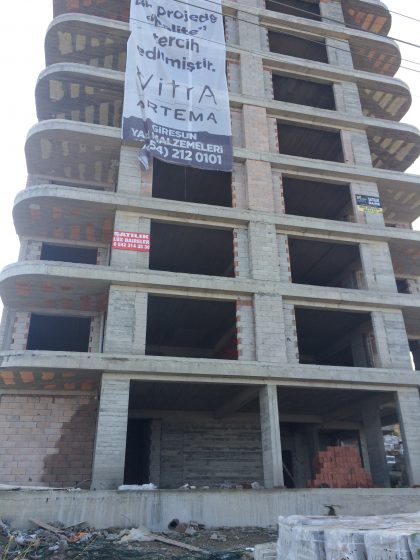 More than a few people tell me that the Black Sea development—read, these new buildings—is linked to Turkey’s nationwide modernization efforts. Central government incentives, usually in the form of what we interpret to be short-term, low-interest loans, has allowed individuals and families to tear down outdated and, perhaps structurally unsound, buildings and replace them with multi-story dwellings that, superficially at least, shine with a “Look how great we are doing” feel.

Developers, people tell us, have won permission to erect buildings, businesses, and commercial centers, among other things, which are converting many once-rural or suburban towns into bigger urban hubs. I later read reports in several publications, including We Build Value, the Daily Sabah, PwC, about the billions and billions of dollars of investment being poured into Turkey’s ambitious economy-boosting Vision 2023 plan, which calls for nationwide construction of new airports, bridges, roads, tunnels, railways, high-speed trains, irrigation canals, electricity generation capacity, and a Panama-like canal that will serve as an alternate route to the Bosphorous Strait linking the Black and Marmara seas. I read other reports about people protesting the environmental impact of a planned gold mine and questioning if the housing construction boom will soon burst.

My head spins. Again, like in other places I have walked, I can’t help but think about the price of progress and the trade-offs that may eventually affect all of us, one way or another.

For more in the Bangkok to Barcelona series, click here.
I believe, of course, that the world’s citizens—in this case, Turkish citizens—deserve a place where they can live with dignity, pride, and comfort. Having a safe place to sleep every night has taken on a deeper meaning during my two years of being a homeless nomad. I also appreciate that people want to spend their hard-earned money on a piece of property that creates long-term value and, hopefully, well-being and contentment. It’s just and equitable to give people access to public and private funds, resources and other tools so they can improve their lives and those of their families, participate in urban planning initiatives and walk along their seaside and through open green spaces without getting plowed down by an 18-wheeler.

But, I’m deflated by a question I find myself pondering over and over again during this 14,000-odd kilometer journey home and can’t seem to resolve: “Is this the best we can do?”

The root of my frustration largely revolves around long-term sustainability.

Why is the widespread view of development the world over still entangled with the idea of cutting down forests, expanding our environmentally insensitive footprint, extending our shores with questionable materials, raising houses on unstable foundations and selling the capitalist dream of high profits, big returns and having the best new house, car, phone or whatever else defines “doing well.”

At the same time, I benefit from development efforts wherever I go in the world. Transportation, energy-acquisition, and infrastructure improvement projects allow me to move, communicate, and connect with other people with relative ease and comfort.

I’m not alone in sorting through the mental mess development like what I see in Turkey creates in my head and heart. Different points of view on this surface as we walk through Turkey’s northern coast and share conversation with locals holding small glasses of fresh brewed tea.

One man, a seaman, working on international cargo ships who has a soft spot for the wide-open mountain spaces he discovers on his motorcycle, tells us the region’s fast development over the last 10-15 years has helped many families who were struggling to keep up with repairs on their single-family homes. By leveling those properties and moving into recently constructed ones, people have a new lease on life, a stronger sense of security, and a feeling that they are progressing. Their quality of life is better now than before, he says, adding that the construction boom has ushered in economic, logistics and infrastructure improvements throughout the region.

A younger cyclist and outdoor enthusiast shares with us his concern about the stability of the buildings and the high price that comes with development like this: Losing the coast’s natural beauty and resources to accommodate the growing number of people who are leaving behind their rural inland homes, farms, and livestock grazing areas to become city dwellers. Heavy rain is common in this part of the country and increasing floods in areas where erosion-stopping trees no longer exist put many more people at risk, he laments. We recall a news report that ran on TV a few days earlier showing part of a house wrecked during a downpour that triggered flooding along a river up the coast. We shake our heads with dismay. 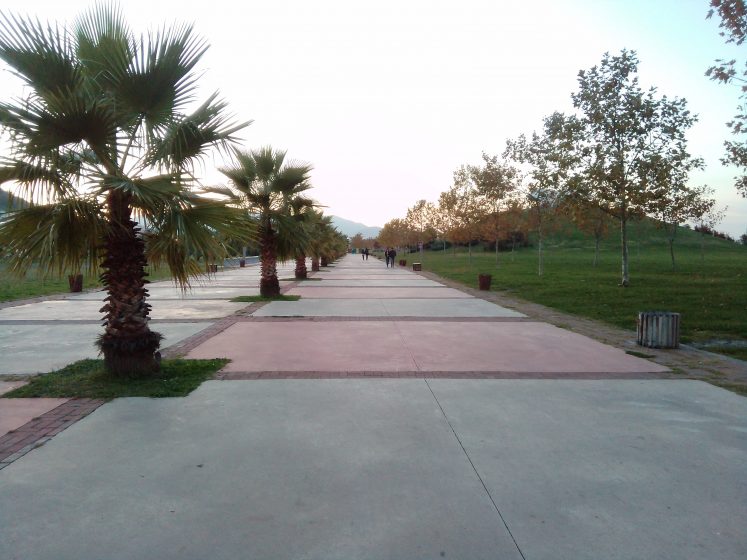 I walk on, glad to be on the promenade made for walkers, runners, cyclists and picnickers instead of hugging the shoulder hoping trucks and cars don’t weave in my direction. The Black Sea, streaked with sun rays, stretches out as far as I can see on one side of the highway. Buildings housing thousands of people living their dreams line the other side of the road. For a moment, everything appears in balance. But, is it?


Cities are considered to be at the forefront of sustainability practices (Rosenzweig et al., 2010) aimed at addressing the impacts of global environmental change and socio-economic inequality. Recent developments in research on urban resilience promote ecological responses to climate change...

23 October 2015 The Case for All In Cities Angela Glover Blackwell,  New York

People of color are at the center of a demographic shift that will fundamentally change the global urban landscape. From the growing proportions of Latino, Asian, and African American residents in resurgent cities of the United States, to the diversifying capitals of Europe and the booming metropolises of Asia, Africa, and Latin America, cities populated by people of color are...

From the very beginning, with the first urban settlements of Mesopotamia around 4500 BC, cities have required a clean water supply and some form of sanitation. As cities grew in size, the water supply tended to be sourced from further...

Cities start, grow, expand, and usually—mainly in developing countries—exceed their limits, overflowing into rural and wild lands. This city growth applies not only to the imposition of manmade facets on geographical extensions, but to increases in the city’s complexity and...