As engineering technologies are increasingly used to support urban nature, it is important for urban ecologists to participate and develop procedures to monitor and assess the performance of urban nature. 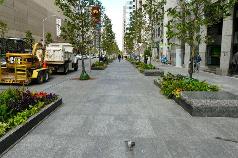 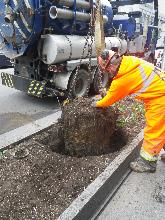 A recent discussion at The Nature of Cities talked about the most important things to know for an urban ecologist. For many, this was that humans are part of nature. But the many influences of humans on urban nature is so complex, that some aspects of this relationship are better understood as independent dimensions.

A useful way to look at engineering technologies, such as a metallic guard around a tree, or a water-sensitive pedestrian path that channels rain into a tree pit, is as an independent entity. Obviously, these technologies are an extension of human decisions, but it is sometimes useful to de-couple them and expand the usually binary socio-ecological spectrum. Indeed, sometimes the technology is excellent, but human behaviour or urban nature trump its effectiveness.

Consider this example: In 2010, one of the most important commercial retail spaces in Canada, Toronto’s Bloor Street, saw the planting of 133 London planetrees. Growing trees here would not have been possible without the installation of structural soil cell technology, a rigid framework of empty cells that can be filled with high-quality soil that is irrigated with the water run-off from the above street. Five years later, many of these trees were dead, and the multimillion-dollar revitalization of the street had become something of a sore point.

Did the tree species or the technology fail? Is it worth it to continue to invest in tree-planting in heavily built-up areas in Toronto? Many of these questions have been circulating in public media. Many stakeholders were concerned that this failure might be repeated in areas where trees had been planted with the same technology (e.g., Queens Quay Boulevard, Toronto Waterfront). To understand what went wrong on Bloor, we need to see urban nature, human decisions, and engineered technologies as interrelated aspects.

Urban ecologists don’t like to talk about engineering technology, and with good reason. Engineers have dominated the design of cities and the delivery of its services. Urban nature, including rivers, street trees, bats swarming a mango tree, and sneaky foraging racoons or possums, are considered either pretty or a liability or nuisance to the functioning of cities.

But today, things are taking a turn. Green infrastructure (GI) and nature-based solutions (NBS) are notions that are becoming the mainstream in urban engineering. Parallel to this, urban ecology is growing into a recognized field of science.

Yet, engineering technology rarely gets mentioned as an aspect of urban ecology. There are more attractive narratives for ecologists, such as making urban nature wilder. This re-wilding speaks to the strengths of ecologists and, sometimes, can be cheaper than engineering ourselves out of problems. Also, ecologists complain that GI and NBS turn nature into a technology, stripping it of its inherent biodiversity value, and making it solely utilitarian.

But to distance ourselves completely from engineering technologies hinders the advancement of GI and NBS. Some technologies are the result of countless field experiments making natural elements perform better, including green roofs and planting sites for street trees. Technologies like sub-surface structural soil cells can mitigate some of the environmental stressors that affect street trees, including soil quantity and irrigation. As NSB and GI go forward, the attachment of urban nature to engineering technologies will become more ubiquitous.

As urban nature is included in these increasingly complex environments, it is important to develop procedures to actively participate in their creation. Also important is to find ways to monitor and assess the performance of urban nature, specially considering that these environments create a whole new suite of variables that can influence how urban nature performs. This requires a closer examination of the interplay between technology, nature, and humans.

From 2015 onwards, we investigated tree performance in soil cell installations in Toronto, including Bloor Street and Queens Quay Boulevard, to develop an understanding of urban nature performance in these highly engineered spaces.

In the case of Bloor Street, where trees had already declined, we employed a number of digital tools that we call “tree forensics” (see figure 2). We applied the same methods to the trees planted along Queens Quay Boulevard, but with a closer examination of soil conditions involving soil moisture and salinity loggers.

Although we hoped to find a silver bullet for the possible influences of tree mortality and performance at Bloor Street and Queens Quay Boulevard, we never found it. Instead, our results suggested the culprits were numerous and cumulative. Extreme weather events, damage, and sunlight (both too much and not enough) all appeared to play a role. The most notable relationship between tree-mortality patterns at Bloor Street involved the heavy application of de-icing salts, which helps keep streets safe for pedestrians in places like Toronto.

Our research at Bloor Street and Queens Quay Boulevard made us think deeply about the interaction between technology, humans, and nature, and how they each influence urban-nature dynamics as distinct entities. 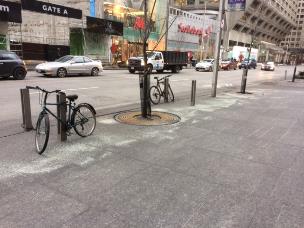 Moving forward
Some final observations about the interaction between technology, nature, and humans:

1. While engineering technologies are important for ensuring that natural elements perform well in some contexts, we need to understand the influence of factors that are beyond the technology. For instance, the application of de-icing salts in the cases discussed above was more dependent on human behaviour and environmental conditions.

2. Having a good understanding of the technology or of natural elements may not be enough. We also need to consider the way nature responds to environmental factors caused by the technology itself. Also, without a deep understanding of behavior of those people who have a daily direct contact with the trees, which can induce damage, our efforts to scale-up technological fixes may amount to nothing.

3. A comprehensive suite of performance indicators for GI and NBS needs to be developed. This will allow us to monitor these installations and assess their impact.

4. Current demographic and environmental changes will become more important for GI and NBS in the future. For example, the ageing population of Canada means that streets must be kept safe, but this may mean more de-icing salt application. GI and NBS must respond to multicultural needs and preferences, especially in cities with high immigration. Finally, climate change must be considered. An increased frequency and intensity of snow events in northern climates may mean more stressed vegetation and more de-icing salts on the streets.

All in all, urban ecological design needs to be more connected with engineering technologies and human behaviour. 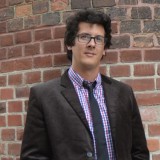 About the Writer:
James Steenberg

James Steenberg is an environmental scientist focusing on forest ecology and management. He is currently a Killam Postdoctoral Fellow at Dalhousie University’s School for Resource and Environmental Studies. 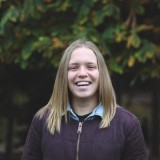 About the Writer:
Amber Grant

Amber Grant is a PhD student at Ryerson University in Toronto, Canada. Her research focuses on determining equitable decision-making in urban forestry, and building best practices for urban foresters through an intersectional approach. 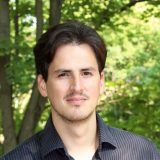 About the Writer:
Camilo Ordóñez

Camilo is an environmental researcher focusing on human-nature relations in cities and nature-based solutions to urban sustainability problems, including adaptation to climate change, with a focus on urban forests and trees. Originally from Cali, Colombia, Camilo has research experience in North America, Europe, Latin America, and Australia.

3 thoughts on “In the Built Environment of Cities, Urban Ecology and Technology Must Walk Together”

This contribution is the result of a thought-collecting Seed Session during the TNOC Summit in Paris, held on June 5, 2019. Pitches, group breakouts, and a facilitated discussion addressed the question: Including diverse voices in adaptation planning, how do we...

Parks have been significant sources of open space in urban history, ranging from private, even sacred spaces to fully public spaces serving as central points of social interaction and recreation (Stanley et al. 2012). On any given day, many thousands of people spend several hours outdoors in their local park simply living their lives. In addition to the explicit ‘reasons’...

20 July 2018 Bangalore Pile Study: Curiosity and Intervention in the Margins of a Megacity Daniel Phillips,  Detroit

To begin to grasp Bangalore’s frenetic patterns of urbanization, Google Earth offers an interesting place to start. Yet despite its much lauded reputation as India’s “Silicon Valley”, the “street view” function is still unavailable here. It appears to be the...