Threats to wetlands include unsustainable urban development, pollution from cities, industry, agriculture, and invasive species, to name a few. But the biggest threat is one of perception.
The Ramsar Convention (also known as Convention on Wetlands) is the first of the major intergovernmental convention on biodiversity conservation and wise use. It was signed in 1971, in the City of Ramsar in Iran. This October, the 13th Ramsar Conference of the Parties (COP 13) will take place in Dubai, with a focus on “urban wetlands”.

The Convention has highlighted artists’ important roles in wetland conservation, having previously published Wetlands – an inspiration in art, literature, music and folklore. This document highlights a wide range of ways in which wetlands inspire artists, writers, poets, musicians and storytellers.

But why are artists involved? And what can they do?

In 1991, Artist Betsy Damon established Keepers of the Waters. Working with landscape architects and scientists in China (among other places) she helps us understand water as a living thing, building gardens that use a transparent, natural processes of purification. Participatory science methods underpin Brandon Ballengée’s studies of malformed amphibians in wetlands, resulting in peer reviewed papers and installations in galleries and museums. Artist Jan Mun works with bioremediation companies to grow mushroom fairy rings, absorbing oil industry pollution in New York.

These are three brief examples. There exist countless more, and ecoartscotland is out to find and highlight them. In support of upcoming Convention on urban wetlands, we will be using a hashtag #art4wetlands, to highlight a wide range of examples of artists working on conservation and wise use.

Despite our scientific understanding of their critical roles both for humans and other species, wetlands are still among the most widely threatened habitats world-wide. Threats include unsustainable urban development, pollution from cities, industry, agriculture, and invasive species, to name a few.

But the biggest threat is one of perception.

Wetlands are, to quote the Wildfowl and Wetlands Trust, “…misunderstood and undervalued by people, leading to a desire to replace them with more ‘useful’ and ‘productive’ options such as housing developments and agricultural land.”

Changing such “perceptions of value” is one of the typical roles we expect of art. Indeed, this is an important role.

However, there are also other, perhaps more direct ways that artists are involved with wetland conservation. Artists across all disciplines are now actively involved using their creative skills in support of projects to preserve, restore, and interpret wetlands. At the heart of many artists’ projects is changing perceptions of wetlands, not just by representing them beautifully, but through on the ground action, often framed as ecoart (ecological art) or ecovention (ecological intervention).

Over the next few months, ecoartscotland will be publishing examples from all six of the Convention’s regions (Africa, Asia, Europe, Latin America & the Caribbean, North America, and Oceania), specifically those which have to do with the topics of wetland pollution, biodiversity loss, and inappropriate development.

We have assembled a programme highlighting artists working in different ways on issues such as habitat restoration, pollution and biodiversity loss. Below is a sampling of highlighted projects in these areas.

Waterwash ABC is a project on the Bronx River led by artist Lillian Ball which created an intelligent buffer zone to absorb stormwater run-off from a parking lot. The project also restored native habitat, engaged local communities, opened up public space behind private businesses, and installed educational signage showing how the remediation works.

Jan Mun, mentioned in the opening of this article, worked within the Superfund site at Newtown Creek, a tributary of the East River and border between Brooklyn and Queens that has a legacy of industrial waste and pollution. Mun was supported to work with the Newtown Creek Alliance on the clean-up of oil industry pollution with a grant from the socially engaged arts foundation A Blade of Grass. Working with expert Paul Stamets, Mun used myco-remediation, mushrooms which absorb petroleum products and heavy metals. Artists have been effectively involved in various forms of remediation using plants since the artist Mel Chin—collaborating with Dr Rufus Cheney—was instrumental in the first field test Revival Field in 1991. Artists Georg Dietzler and Frances Whitehead have also done ground-breaking work on phyto- and myco-remediation.

Also mentioned earlier in this article, Brandon Ballengée’s hybrid practice as a scientist and an artist underpins his Malamp project (1996-ongoing), documenting malformed amphibians and investigating the causes. This work involves participatory science through fieldwork in urban, suburban, and rural contexts across North America and Europe, resulting in peer reviewed papers in scientific journals as well as installations in art galleries. Ballengée’s eco-actions bring together groups comprising scientists and other interested individuals to participate in fieldwork collecting and documenting amphibians.

As the largest threat to urban wetlands, you would clearly expect urban planners and architects to be at the forefront of protecting wetlands, but artists are also playing important roles from New York City, USA, to Chengdu, China.

The City as Living Laboratory programme has done extensive work on the potential for daylighting culverted urban waterways (including current proposals for Tibbett’s Brook). Many streams and rivers in urban landscapes have been closed over and now function as sewers and storm drains. Wetlands can absorb stormwater and slow it, reducing the likelihood of flooding where culverted watercourses once overwhelmed create more flooding problems.

Urban water is often polluted and opportunities to create urban wetlands to clean water are increasingly being taken as opportunities to also engage the public in a deeper understanding of water, pollution and their environment. The Living Water Garden (1998) in Chengdu, China, resulted from the artist Betsy Damon’s 40-year concern with water. The garden mimics a natural wetland process to clean a small proportion of the river water, and the process is clearly laid out through the sculptural forms so the city inhabitants come away with a deeper understanding of the function of wetlands. Damon’s work has been highlighted by Ramsar’s Culture Network.

Artists can bring together experts with communities in non-threatening ways, connecting up multiple ‘agendas’ including social justice and diversity with healthy water systems. Here, art plays a central role, engaging all sorts of people and demonstrating new and different ways of seeing and understanding our wetlands and our world.

You can join the movement, by sharing your own examples of artists contributing to wetlands conservation and wise use with the hashtag #art4wetlands (If you are not on Twitter we are archiving the thread on Wakelet).

What should you tag? We are on the lookout for art in any artform that makes a difference, particularly new, perhaps little-known examples, particularly from Africa, Asia, Oceania, South America and the Caribbean.

The projects ecoartscotland is highlighting are changing perceptions on the ground, engaging experts and local inhabitants in practical and beautiful ways. They are contributing to our understanding of wetlands as well as to their health.

We look forward the stories, ideas, and inspirations that transpire over the coming months leading up to the COP13 urban wetlands conference! 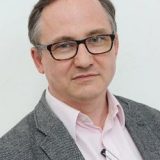 About the Writer:
Chris Fremantle

Chris Fremantle is a producer and research associate with On The Edge Research, Gray’s School of Art, The Robert Gordon University. He produces ecoartscotland, a platform for research and practice focused on art and ecology for artists, curators, critics, commissioners as well as scientists and policy makers.

Know the feeling when every project seems to require a huge amount of work in a short amount of time, for very little reward?? This seems to be the way of the world, whether you’re a practitioner, a researcher, or...