Depression and anxiety are both common and under-reported. Greenspaces can help, but the connection needs more awareness and research.
The benefits of nature for general health are well established. Indeed, we intuitively know that green is good for our mental health, but just how good is it? The stress reduction/ supportive design theory posits that viewing or experiencing nature activates our parasympathetic nervous system to reduce stress levels (Ulrich et al. 1991). Ottosson and Grahn (2008) found that the mental health of people who experience nature regularly is actually less affected by a personal crisis than those who have fewer nature-based experiences. Other than these, a review of the literature conducted by Bowen and Parry (2015) demonstrated that there is actually little research specifically focusing on the area of depression and anxiety, and what is there is rather underwhelming. This work highlights the need for more depth research and longitudinal studies to understand the complexities of this very pervasive health issue.

Depression and anxiety in Australia alone accounts 12 percent of the total national burden of disease but it receives a significantly smaller percentage of available health funding. It is estimated that in Australia 45.5 percent of the population will experience a mental health disorder at some point in their lifetime.

That’s what the statistics say, but sometimes I wonder if these numbers are conservative estimates. I like to do my research before I embark on any venture, so when I became pregnant naturally I delved into all facets of pregnancy and motherhood. Something that surprised me was the high incidence of postnatal mental health disorders and also the variance in the numbers of women affected by those disorders cited by health agencies. According to the NHS UK, 1 in 10 women will experience postnatal depression. Figures are higher in Australia, where more than 1 in 7 new mums and up to 1 in 10 new dads experience postnatal depression each year. Depending on where you look, the numbers differ, with some studies estimating this condition affects 20 percent of mothers.

I had considered birth to be a joyous occasion but these figures brought a somewhat stark surprise to bear upon me. Of course, as a city strategist for urban nature the issue of diverse community requirements in a large city is not new to me. Understanding who we are providing for is a critical component of city planning, but our publics are often more nuanced than we may realise. We consult and we co-design with our communities, but do we truly understand the impact of the spaces we create and how people use them through different phases and stages in their lives?

As a new mother, I reflect on this matter differently now.

My use of urban green spaces certainly increased once I became a mother. I look back on my joyous occasion, and I am fortunate to be able to delve into a collection of impossibly idyllic memories. Those memories were facilitated by how uniquely privileged I was to reside amongst Melbourne’s green network of parks, sharing the Domain Parklands as my garden reachable within 60 seconds and the Royal Botanic Gardens a further two minutes.

In 2017, I visited the Royal Botanic Gardens with my baby for 120 days consecutively, sometimes twice a day. It seemed like the natural thing to do was to bring my little bundle of joy to the park. Every. Single. Day.

And what wonderful days they were, inhaling the quintessentially Australian fragrance of lemon scented gums wafting in the breeze on our approach to the Royal Botanic Gardens; soaking up the sun on the vast lawns with panoramic vistas of the Ornamental Lake with the occasional boat punting gently by; or taking refuge shade under the vast canopy of 100 year oak trees on scorching hot summer days. Each day I marveled at those extraordinary trees and beautiful flowers within that park.

Established in 1846, these gardens are home to more than 50,000 plants from every corner of the planet. Collections span everything from the Australian Forest Walk displaying a range of impressive giant forest trees to the Cycad Collection, with an array of living fossils juxtaposed against a modern urban backdrop.

When I wasn’t in the Royal Botanic Gardens I was scouting around its perimeter in the Domain Parklands, which are managed by my wonderful colleagues at the City of Melbourne. The Domain is a classic landscape of endless lawns framed by beautiful trees, walking paths, fountains and distinctive horticultural displays beginning on the meandering frontage of the Yarra River. I would stand at the foot of the Shrine of Remembrance and soak in what truly looked, from that angle, to be a city springing out of a verdant green forest. And then I would march my way through the Domain carefully inspecting the trees that were planted during my stewardship at the city council. How were they growing? How was the place changing?

I was the ultimate park life enthusiast, fueled of course by the excellent croissants and coffee available within and surrounding the Royal Botanic Gardens. And I am quite certain that my, now not so little, baby developed a true sense of awe and wonder that will remain a positive influence for decades to come with such immersion in nature on a daily basis.

Wouldn’t it be great if all mums had access to an abundance of quality green spaces like that? I wonder would the incidence of post-natal depression be reduced if this were the case? Unfortunately, spaces like these in many cities are not accessible for all. Dobbs et al (2017) found, in an assessment of 100 cities, an inequitable distribution of ecosystem services for lower socioeconomic communities. They also found that cities with more than 1 million inhabitants generally have lower recreational opportunities. The reality is that while our cities evolve and grow, we are not making a meaningful connection between our expensive healthcare costs and increasing demands on our overburdened healthcare systems with the distinct lack of quality ecosystem service provision for all urban communities.

Research is now beginning to show an association between green space and birth outcomes, however further work is also needed in this area. Agay Shay et al (2014) found that an increase in distance to a city park was associated with an increased risk of preterm birth and a decrease of gestational age. They also found that there was a statistically significant association between low levels of surrounding green space and term low birth weight. Both factors are associated with a higher incidence of postnatal depression.

According to a report by Deloitte Access Economics, postnatal depression costed Australians $76.66 million in 2012 alone. The London School of Economics and the Centre for Mental Health charity went one step further in 2014 in a report that quantified the cost to the British economy at £8.1 billion per year. That report considered both the direct economic impact on affected mothers and also the effect over decades on their children’s development and opportunities. It is often that we rely on economic assessments to estimate the relative impact of a societal issue and motivate policy makers, but what remains undeniably silent is a real awareness of the impact these conditions can have for a generation of new babies if they become chronic.

Somewhat overshadowed by postnatal depression and anxiety is the recovery phase for new mothers. Birth is no small feat and it certainly takes the body time to bounce back especially if a woman has had a traumatic birth or one that did not meet her expectations. In addition to that there is at least a 6 week recovery period associated with C-sections. Indeed, C-sections are major surgery and we underestimate the physical impact they can have because they are so prevalent now. In Australia, 1 in 3 babies are born via C-section; in the US it is also 1 in 3. That is a lot of major surgeries. But we know that walking, especially in a high-quality green area can aid and speed recovery for both types of birth and we know we can apply the above-mentioned Ulrich’s theory.

Whilst dealing with depression and anxiety is certainly no walk in the park, we need to do more to improve societal awareness of these conditions and the ways in which we can help new families. Dealing with postnatal depression matters because of its broader impacts for all levels of society. This is not some niche group to be ignored because our policy agendas have bigger fish to fry. Maternal depression is shown to contribute to multiple early child developmental problems, including impaired cognitive, social and academic functioning. That impact has ramifications beyond what science has established to date.

As our cities grow, now is the time to think differently about the needs of families. We tend to consider the lack of rich nature in our cities to be the trade off we make for development and progress. We tend to accept it. We now need to rethink and reset.

Ottosson J. & P. Grahn. 2008. The Role of Natural Settings in Crisis Rehabilitation: How Does the Level of Crisis Influence the Response to Experiences of Nature with Regard to Measures of Rehabilitation? Landscape Research, Vol. 33. 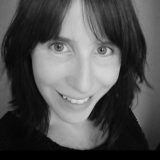 About the Writer:
Yvonne Lynch

Yvonne is an Urban Greening & Climate Resilience Strategist who works with Royal Commission for Riyadh City.

3 thoughts on “Greening the Blues: Nature and Depression”

The other day, I took my two children to the park. We clambered over rocks and logs, slid down slides, and rolled down a large grassy hill. At one stage, I stood at the top of the hill, the city skyline before me, and the sounds of happy children all around me, and my overwhelming emotion was “I love urban...