A review of Urban Tumbleweed: Notes from a Tanka Diary, by Harryette Mullen. Greywolf Press 2013. Buy the book.

Mullen delves into the nature of the urban environment, where a plastic bag on the road becomes an urban tumbleweed and city parks become an oasis of joggers and podcast-listeners. She challenges us to be aware of the small things around us.
For renowned poet and professor, Harryette Mullen, awareness is walking. Inspired by the Japanese syllabic verse form of the tanka, Mullen set out to explore her environment in a series of captured moments to create one of her latest collections, Urban Tumbleweed: Notes from a Tanka Diary (Greywolf Press 2013). The tanka form is a traditional Japanese style poem devised of thirty-one syllables that were originally printed as one line then later broken into five lines of strict syllable patterns when the poems were translated into English (Mullen ix). Mullen draws inspiration from this style and adapts it into her own three-line, free syllabic style that echoes her rhythmic and fluid inspiration. This collection was my first experience with the tanka form, and although Mullen purposefully breaks from the syllabic meter, her work draws attention to the unique natural spaces of her environment that might have been overlooked as city-centric in the traditional style.

Because of the drizzling rain, you listened
to the sound of the wind. There, for a brief moment,
you found shelter under boughs of pines.
—Harryette Mullen, 49

The tanka form that Mullen’s makes use of brings a heightened awareness to everyday living. The short lines and quick, often unpunctuated line breaks resemble the thought process of a single snapshot moment. The space between poems allows the reader to savor each moment and reflect on the everyday experience. This balance between pinched and fleeting thoughts and the intentional white space for reflection between moments underscores Mullen’s motive and means of expression as she creates intentionality and meaning through every inch of this collection. 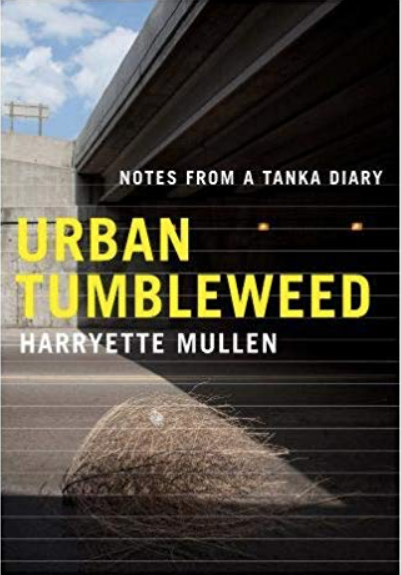 The more thought-provoking of Mullen’s pieces are the poems that make use of the second person, addressing the audience “you” with specific actions and feelings. These “you” poems push beyond the casual observations of surrounding pieces and put the audience directly in the path of Mullen’s expression. After reading these “you” poems, I found myself taking a conscious step back as I walk around my city, narrating my experiences from the outside, as Mullen does, to draw my attention to the experiences I had come to mark as mundane.

One of the important inspirations for the tanka form comes from the idea of “the human being’s place in the natural world,” as Mullen explains in her introduction (ix). Mullen’s execution of this idea is solid throughout, while also wavering between thoughts on the biological, humane, abandoned, and constructed. Distracting from the experience of the everyday moment is the heavily biological terminology that sticks out in the latter half of the collection in general. Mullen’s narrator makes fun of this technical word usage in an attempt to strike another balance between the critical consideration of nature and the humanistic experience of plants and flowers in the sunny Los Angeles scenery. By cultivating an uncomfortable balance between biology and being, Mullen begins to question just how many layers are being built in order to create everyday experiences, most of which go unappreciated and unanalyzed.

A bird flew across the border
and when it came to rest, was suspected
of being an alien and possibly a spy.
—Harryette Mullen, 100

Urban Tumbleweed: Notes from a Tanka Diary calls upon its readers to take notice of the little moments and the everyday experiences that seem to fill the majority of our lives to no noticeable change. Mullen’s work as a whole questions the role of these moments and examines them with the same poetic care as the most life-changing experiences. That being said, one of the hallmarks of Mullen’s style is the realism and frankness of her expression. Mullen does not call for readers to take Thoreau-ian approach to the natural world, abandoning the experiences of the city in favor of secluded and undisturbed nature. Instead, Mullen delves into the nature of the urban environment, where a plastic bag on the road becomes an urban tumbleweed and city parks become an oasis of joggers and podcast-listeners. The broader message of this collection points out the lack of awareness of every day pedestrians, city-dwellers, and the participants in the modern world. As the natural world continues to deteriorate at an alarming rate, I read collections like this not as a call to action but as a call to appreciation, and I would recommend Mullen’s work to anyone looking for escapism into the micro-moments of our lives.

If you want to buy the book, we encourage you to buy if from your local bookstore. If want it online, then click below, and TNOC will get a small contribution. 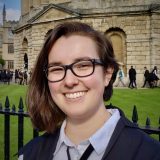 About the Writer:
Malerie Lovejoy

Malerie Lovejoy is a postgraduate student at the University of Oxford. She currently serves as the Assistant Editor for The Stories of the Nature of Cities, and her work focuses on bringing the practical application of linguistics into mainstream publishing.


Today’s post celebrates some of the highlights from TNOC writing in 2020. These contributions—originating around the world—were one or more of widely read, offering novel points of view, and/or somehow disruptive in a useful way. All 1000+ TNOC essays and roundtables are...

This contribution is the result of a thought-collecting Seed Session during the TNOC Summit in Paris, held on June 5, 2019. Pitches, group breakouts, and a facilitated discussion addressed the question: Including diverse voices in adaptation planning, how do we make it happen? Two illustrators, Frida Larios and Marion Lacourt, enriched the session by creating on the spot artwork to...

I admit it, I’m obsessed with a small created wetland in NW Portland’s Pearl District. When it comes to urban greenspaces size is often overrated, meaning even a small created 200 x 200 foot faux wetlands can be both biologically...