I have reached for language that has been given to us by the natural world. To take flight and to root, both of which a tree attests to in the upward reach and rootedness of its form. What if we could experience our own rootedness in place or in ground, in its nourishing, moral, communal, generative and/or ancestral aspect, through our relatedness to and experience of the tree and of the forest? Would we continue to be so instrumental in our conceptions if we felt ourselves formed and informed by the tree, the bird, the rock, the river? To imagine the dream of the Almond tree or feel the growth of the Olive tree is to enter the beingness of the tree, to rescue it from its assignation as resource. And if we can imagine the trees’ cries of anguish as fire takes it, or the yearning of its branches towards the light, can we also feel the anguish of the earth, as its forests are felled, its ocean and sky polluted, its depths cut open and mined, its mountains fracked, its soils poisoned and depleted, its rivers dammed. To embrace the mythopoetic as an other lost way of knowing, would it be better to say of the earth, her forests, her ocean, her sky? Could we have given flight to our dreams, imaginations, and ideas, if flight had not been imaged for us by birds? Would we know what it is to endure if we could not feel it in a tree’s standing, in its magnitude and sturdiness? Would we understand how to dance if we did not feel the rise and extenuation of branches, the lightness of leaves as they outpour from their own rootedness below? Could we wing our arms, twist around our own stems? Would we know stillness if it were not for the mountain? Would we have a sense of deep time if it were not for rocks, the movement of water on stone? Would we know mystery if it were not for the night? What should we learn from the small persistent, togetherness of moss? What if we were again to live in companionship with trees, plants, rivers, and mountains? 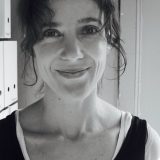 About the Writer:
Martine Murray

Martine Murray is an Australian author and illustrator whose work has been translated into more than 20 different languages. She studied visual arts at the Victorian college of the arts, then started a small dance theatre company, while also often returning to various incursions into film-making and screen writing, while writing fiction for children and adults.

One thought on “To Live in Companionship with Trees, Plants, Rivers, and Mountains”


One hundred ninety two national governments and the EU have signed the Convention on Biological Diversity (CBD), pledging to work towards its three objectives (see here).  In reality, much of the onus falls on local governments although, often, neither level...

We experience the city through our senses. When we walk along city sidewalks or in parks, we can feel the city—we hear sounds, feel the materiality of the pavement or grass, and smell the car exhaust or freshly cut grass. These ‘sensual’ experiences of urban space are referred to as sensory engagements. Sensory engagements are those interactions with places, people,...