Welcome to an exhibition and workshop that asks: how do we re-member what once rooted us in our own being and in the mutual being of the world around us? Fantin helps highlight a universal consciousness, and a relationship that affects not only the human being but all animated and non-animated things.

This is the Gallery Space’s “front door” and we are asking for a voluntary donation to support this exhibit—a tip jar, or pay-what-you-will ticket.

During COVID-19, The Urban Ecological Arts Forum at The Nature of Cities is bringing to life virtual exhibition spaces, highlighting current exhibitions on urban ecological themes that would otherwise be impossible to experience due to the closure of cultural facilities. Your ticket purchase ensures that the artist—and that this online forum—can continue to bring ecological arts to the public. Please donate what you can. 75% of your donation goes to the artist. You can see the show for free too; scroll down. But please consider a donation.

Donate to the artist

This exhibition is made of different moments that evoke a common intent. A fallen, almost dead almond tree has a nightmare of a forest on fire. This dramatic exposé of a dream of an Almond tree and a vision of an Olive tree highlights the critical importance of cultivating our own consciousness of dreams and visions; a consciousness of the existing which concerns all realms of nature and in particular the flora and vegetable realm. It highlights that a universal consciousness exists that takes a different form in relation to the natural realm to which it belongs. This relationship affects not only the human being but all animated and non-animated things.

“How do we re-member what once rooted us in our own being and in the mutual being of the world around us?”
This consciousness can be investigated and connected to through our intuition, as opposed to an empirical and analytical approach. Through intuition and connection to a deep inner consciousness, I express myself through fragments and evocations. I focus on what is invisible, and what does not appear to us in reality to highlight the plight of the almond tree and the olive tree, whose fruits are strongly symbolic and shows the deteriorating and endangered relationships between human culture and nature. [Many cultures view almond as a sign of virginity, and almond tree as the “tree of life”. Olive is a symbol of conjunction between earth and sky and its golden juice brings to us the heat and the light of the sun.]
“Their leaves mutter something to me my mind does not decipher, but my body still understands.”
The exhibition was meant to be held in Tenuta Busulmone, which on an aesthetic level, is affected by the relationship with the nearby Noto, a Sicilian town famous for its baroque architecture. Similarly, the theme of nature, central in the Baroque era, is interpreted here as a “natural spectacle”, where trees represent the sacrificial aspect within the drama of the destruction of nature in our contemporary age. A new attitude towards the richness of natural world replaced, in baroque era, the post-Renaissance idea of a nature based on the centrality of man. Actor and spectator are both parts of the natural theater which baroque man is part of. Thus in my show, the connection between the urban culture and the nature of this land is evoked by trees who are the actors of dramas and rituals shared by the spectator. This exhibition dramatically reveals, through the dreams and visions of an olive and an almond tree, a broken and forgotten connection, but also how we can cultivate and become connected to our deeper consciousness so that we can work to strengthen human-nature relationships.

A fallen almond tree lying on the ground, almost dead, tells us a forest fire nightmare, whose we are the main cause. Reality emerges in its dramatic contingency, through dreams and concrete visions.

The inner image of a tree

As counterpoint to our destructive attitude I propose an inner encounter with an olive tree.
A group of people listen this text carefully by following the growing process of the plant from the seed to the adult tree and meditate on it.

Dreaming is common to all

The book Comune a tutti è sognare (Dreaming is common to all) gathers together, in separate chapters, various notes, reports, writings and images that have to do with research on the relationship between art and dreams. Some copies of the book, installed on the floor and on the top of one of the walls of the roofless ruin exhibition space, shape the word Sogno (Dream). The relationship between dreams and nature echoes in some parts of the book, for example in these two pages below:

Dreaming is common to all. 2016. Musagetes and PS Guelph, Ca. Learn more about the book here.

“The almond carries but one fruit. The green layer around it has already dried and given way to the hard shell with its lines and crevasses. When I touch the almond fruit slightly, it falls into my hand. I weigh it on my palm, put my nose to it and sniff. The fruit smells slightly bitter and sweet, although the edible kernel is still protected by the tight case.

I watch the pattern on the shell. I sink my gaze into it, into the little oval-shaped cosmos with the seed of life inside, a little universe in itself. I watch the lines on the shell-like frozen trajectories of long lost stars. I think: The lines in the almond shell are traces the developing fruit has left in matter. The lights of the celestial bodies are traces the developing universe has carved into space.

(…) The world is born in every moment. What we perceive of it are the traces of this birth, traces of force meeting force and igniting stars on its way, of desire meeting desire and letting flesh growing forth. We look at a cracked rock in the riverbed, the black lines on its neat halves flying through the white flesh of its inside, and we realize that the birth inside of it has been happening for billions of years. We inhale the air around us and within an eyelid’s flutter are we amidst the Big Bang. We are birthing being all the time. This is what is going on here, this is what we are about.

The almond looked at me, an eye full of knowledge that I had always known. The setting sun above the horizon was about to melt into the hilltop. From this act of fusion it would bring back a fresh new day.”

Excerpt from the companion essay to the show “Family Tree” written by Andreas Weber.

“I have reached for language that has been given to us by the natural world. To take flight and to root, both of which a tree attests to in the upward reach and rootedness of its form. What if we could experience our own rootedness in place or in ground, in its nourishing, moral, communal, generative and/or ancestral aspect, through our relatedness to and experience of the tree and of the forest? Would we continue to be so instrumental in our conceptions if we felt ourselves formed and informed by the tree, the bird, the rock, the river? To imagine the dream of the Almond tree or feel the growth of the Olive tree is to enter the beingness of the tree, to rescue it from its assignation as resource. And if we can imagine the trees’ cries of anguish as fire takes it, or the yearning of its branches towards the light, can we also feel the anguish of the earth, as its forests are felled, its ocean and sky polluted, its depths cut open and mined, its mountains fracked, its soils poisoned and depleted, its rivers dammed. To embrace the mythopoetic as an other lost way of knowing, would it be better to say of the earth, her forests, her ocean, her sky? Could we have given flight to our dreams, imaginations, and ideas, if flight had not been imaged for us by birds? Would we know what it is to endure if we could not feel it in a tree’s standing, in its magnitude and sturdiness? Would we understand how to dance if we did not feel the rise and extenuation of branches, the lightness of leaves as they outpour from their own rootedness below? Could we wing our arms, twist around our own stems? Would we know stillness if it were not for the mountain? Would we have a sense of deep time if it were not for rocks, the movement of water on stone? Would we know mystery if it were not for the night? What should we learn from the small persistent, togetherness of moss? What if we were again to live in companionship with trees, plants, rivers, and mountains?”

Excerpt from the companion essay to the show “To Live in Companionship with Trees, Plants, Rivers and Mountains” by Martine Murray.

This exhibition sounds an alarm for our civilization. The relationship between nature and culture in Western thinking, which is conditioned by the destructive aspect of the human being, manifests itself dramatically in this exhibition. At the same time, it sets up an imaginary stage where the soul of the trees, dreams and visions give life to the “spectacle of nature”. 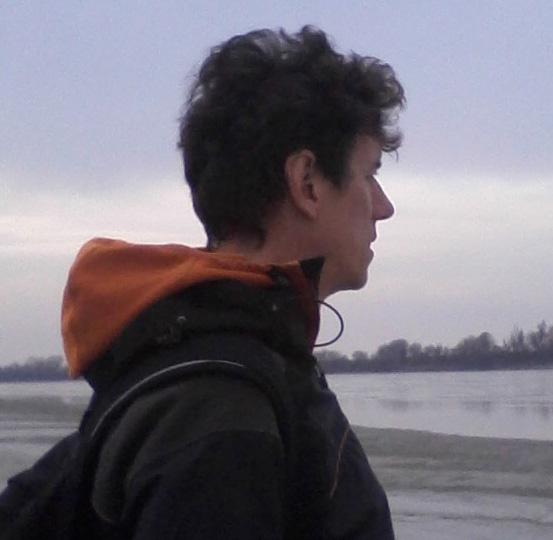 Emilio Fantin is working on multidisciplinary research: nature, dreams and architecture. His focus is the “territories and spaces of the invisible” which arises from plants and dreams relationship. He is interested in the concept of an organism and how this organism informs or is informed by shared art practices.

For any inquiries about the artwork, email to [email protected].

Sponsor:
This show was brought to you in part by Herb Simmens through the Planetphilia Grant Program.

The curatorial choice for Photology AIR Noto, 2020 entitled PreservAction, that includes the exhibition “Dreams of Trees”, focuses on the theme of environmental awareness.

“Fire, fire, fire” a transcription from the audio piece presented in the section “Dreams and. Nightmares”.

“Olive tree inner image“, a transcription from the audio piece presented in the section “The inner image of a tree”.

Also on View at FRIEC

Join us as we bring to life interdisciplinary exhibitions that were canceled due to COVID-19. 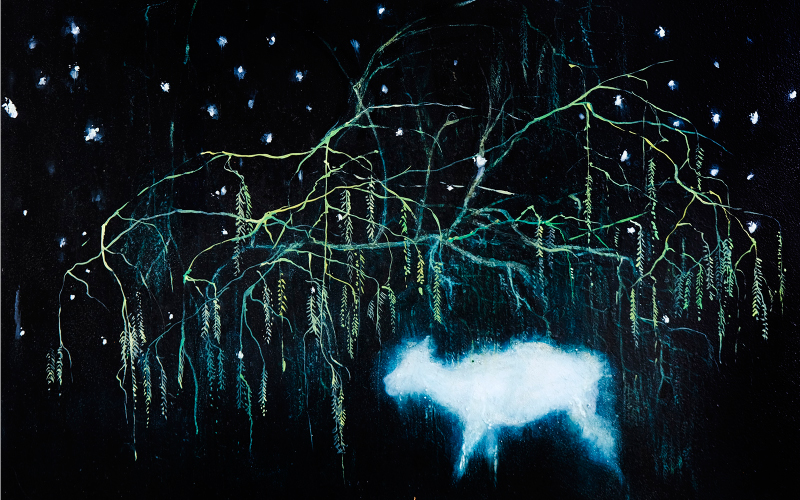 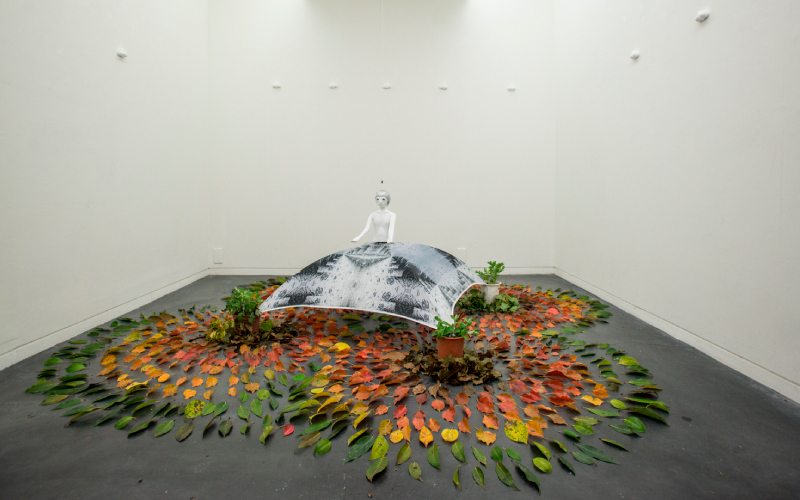 The Multicultural Life of Clouds and Rain
Kyoto, Japan 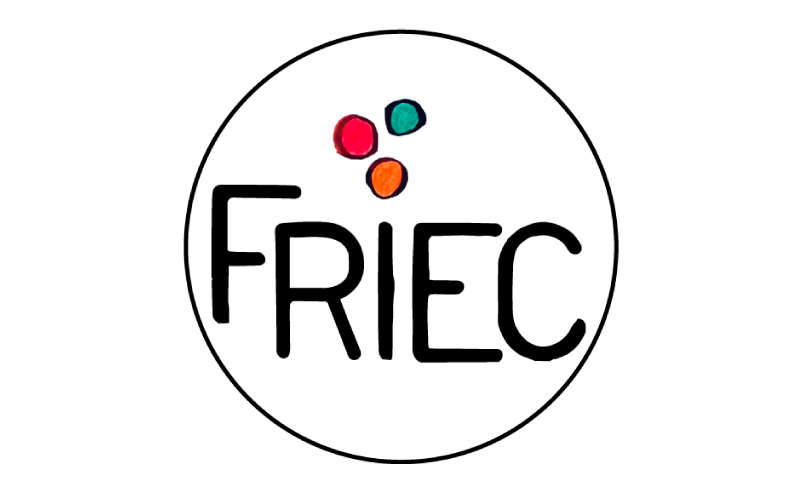 Every month, The Nature of Cities hosts new exhibitions with artists from around the world.