Urban gardening can be adapted to the reality of Santiago and other cities with similar characteristics. In Santiago, urban gardens that provide secure sources of healthy food could be implemented not only in common spaces, roofs, and balconies but also in median strips and tree pits along streets.
In December 2019, the city of Wuhan, China, reported the first case of Coronavirus. Since then, the virus has spread rapidly, reaching more than 31,300,000 cases worldwide (as of September 2020, according to John Hopkins University). Globally and regionally, a series of measures have been taken to slow down the spread of the virus, affecting millions of people in the way they live, work, socialize, and stock up on supplies.

In Chile, the first infected person was confirmed on 3 March 2020. Since then, the government has decreed several measures including mandatory quarantine, lock-down, border closure, and the closing of urban parks, nature parks, and nature reserves. Despite these restrictions, four months later, there were more than 280,000 cases in Chile.

The government and media have mainly focused on the number of infected persons, whether or not to continue with the quarantines/lock-down, and when to resume normal social and economic activities. But other situations are happening at the same moment that can’t be overlooked.

Due to the crisis, many people have shopped excessively in supermarkets, generating a shortage in the food supply and leading to a surge in pricing. Adding to this, the economic impacts of the pandemic have led to reduced pay and/or loss of employment for many, making it very difficult for them to maintain themselves and their families. For these families, food supply has been a daily challenge since the crisis started. The COVID-19 magnifies the inequalities that have always existed, food security being a basic amenity.

In this context, questioning our source of food supply and distribution is imperative. Is it safe, healthy, and accessible? While advocated quite widely for years, urban gardening presents itself as a highly viable practice to ensure food security in times of crisis like the one we are experiencing (Armanda et al. 2019; Poulsen et al. 2015). Urban gardening refers to the production of vegetables within the urban context (Wunder, 2013), being one of the most common activities of urban agriculture. The scale of vegetable production can be highly variable, from community and collective gardens to a micro-scale production such as roof-top gardens, green walls, backyards gardening, and street landscaping (Pearson et al. 2010; Dinis et al. 2018).

Urban gardening in Santiago, Chile, is an activity that is in an early stage. It is mainly developed by civil organizations such as NGOs, artists, neighborhood organizations, and university initiatives, although it is also supported by some municipalities (Contesse et al. 2018). In general, the development of urban gardening has been associated mainly with community gardens. However, there are no available studies on the development of urban gardening on the micro-scale even though it has become more popular in recent years.

Considering the COVID-19 crisis, where thousands of people have been under lock-down with reduced social interactions, the development of urban gardening on a micro scale is emerging as the most appropriate alternative.

While the virus does not distinguish between sex, age, or origin, those living in small spaces, in overcrowded conditions and without sufficient economic resources to support themselves are undoubtedly more vulnerable. In Santiago, there have been several demonstrations during the course of the pandemic. For these communities, food insecurity is a matter of survival.

Vulnerable communities are often located in high-density urban and peri-urban areas. In low-housing neighborhoods, houses are in precarious conditions, gardens are usually expanded to incorporate more family members, generating overcrowded conditions. Similar conditions are seen in high housing neighborhoods. In both cases, there are few green areas or quality public spaces available, and they are commonly associated with insecurity and crime. Slums are extreme examples where vulnerable families live in more than precarious conditions.

When we think about the incorporation of urban gardening not only in the context of low income but also of high-density neighborhoods where the availability of public and private space is limited, it becomes necessary to look for alternatives that can adapt to these specific conditions. Sack gardening is an urban gardening method that is suitable to be implemented in such conditions. In this method, vegetables are planted on the top and sides of sacks. Gallaher et al. (2013) found that sack gardening in the Kibera slums of Nairobi, Kenya, has a great impact on families’ food security. Faced with challenges of severe poverty and malnutrition, sack gardening in Nairobi has made an important contribution to increasing the diversity of the households’ diet and being a source of nutrition in times of shortage (Gallaher et al., 2013). The use of sacks allows people to produce several vegetables in a limited space that they usually share within their communities.Another example of urban gardening in similar contexts is the roof-top and balcony gardening in Rio de Janeiro’s “favelas”. Since 2003, the Brazilian government has provided funding for urban agriculture projects, one of which is the urban gardening project in the favelas, part of Rio’s Sustainable City program (Ortiz, 2012). People interested in growing vegetables participate in an organic agriculture workshop that educates them on different techniques for growing crops in household planters. People usually share their terraces or balconies to garden with neighbors, that is to say: plant, maintain and harvest together lettuce, arugula, watercress, cherry tomatoes, rosemary, and mint, among other vegetables and herbs (Ortiz, 2012). The possibility of planting in underused spaces such as roof-tops and balconies allow people to develop urban gardening despite living in high urban density contexts.

Both examples of urban gardening can be adapted to the reality of Santiago and other cities with similar characteristics. In Santiago, urban gardens could be implemented not only in common spaces, roofs, and balconies but also in median strips and tree pits along streets. As crop containers, sacks are easily available materials and can have great acceptance to be used as containers. In addition, there are many other materials that are usually discarded and can be reused for cultivation: bottles, tires, and pallets.

All these different procedures of urban gardening can be developed by the families themselves at a very local scale with the potential to expand to the community scale. In these times of reduced social contact, urban gardening projects could augment community building in innovative ways and build upon the social potential of these communities. The possibilities to exchange different types of vegetables and to sell them in order to have an extra income are activities that can still be done within the restrictions advised during the pandemic. Working in shifts to avoid person-to-person contact can be an alternative to maintain the crops, without losing the support within the community members. Urban gardening at the community level could nurture these relationships and help communities as a cohesive unit to overcome the current crisis and be better prepared for future events.

Urban gardening can be a response to a safer, healthier, and accessible way of food supply and distribution. It is more secure, especially as it can help families from being affected by shortages of supply, ensuring at least basic nutrition. It is healthier, not only because of the contribution of organic vegetables to the diet, but also due to local availability either at home or within the community reducing the need to travel too far to shop, and thus reducing the risk of contagion. This would also reduce food being passed through several “hands” before reaching the consumer. And accessible, because of the availability and low resources required for production and distribution.

Families do not have to be in dire need of producing their own food, but when the state is unable to guarantee the food security of its citizens, alternatives such as this should be supported, especially because the role of the state is fundamental, even more in times of crisis. Santiago de Chile has a path initiated in urban gardening that has great potential for further development, and this may be an opportunity for that. Education on urban gardening would allow local residents to engage in it. The circulation of manuals and development of workshops suggesting the types of vegetables and how, where and when to plant them, along with the delivery of basic materials such as soil and seeds, would be a first step to offer communities tools to better cope with this crisis and empower them in urban gardening development. NGOs, the local government, or even universities, can be key stakeholders in developing this educational process.

The COVID-19 crisis not only raises the question of how vulnerable we are as people, but also whether the way we are building ourselves as a society benefits us all or not. The traditional form of food supply has been stretched to its limit, and it is important that we implement other alternatives as soon as possible. 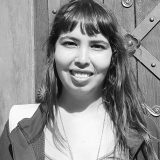 About the Writer:
Constanza Cerda

Constanza Cerda graduated from architecture at Universidad de Chile. During the last years, she has actively participated in several non-governmental organizations working on issues such as the right to the city, urban resilience and especially being an active part of processes of participatory design and construction of community green spaces. Currently, she is based in Germany, studying MSc in Integrated Urbanism and Sustainable Design at Stuttgart University.


The manual Lawn Alternatives in Sweden. From Theory to Practice shared the results of the transdisciplinary project “Lawn as ecological and cultural phenomenon: Searching for sustainable lawns in Sweden” (2013-2016, funded by FORMAS) and suggested practical implementation—guidelines for possible alternatives...

To plan resilient cities is a complex task. It involves making decisions that involve the built, social, economic, and environmental development of a territory, including unexpected changes, such as those caused by extreme natural events. The effects of earthquakes, tsunamis, volcanic eruptions and fires, among other disturbances, need to be studied, anticipated and included in the planning process of cities,...