While some goals have already, or will be successfully achieved in 2015 — tackling key social, economic, and health problems (the first six MDGs) — there is an awareness of that the process has failed to address environmental issues, including biodiversity loss and climate change (MDG seven). The failure to address global climate change is particularly worrisome because it has the potential to reverse gains made in other areas of development.

There have been a myriad of efforts to prepare goals to succeed the MDGs. Current Secretary-General Ban Ki-moon commissioned a report by a high-level panel; the UN Development Group created 11 task forces to look at specific issues; and nearly a million people across the globe have participated via websites like The World We Want. These efforts are expected to filter into something of a consensus foundation for the SDGs, but there is doubt whether they would produce specific, clear, and meaningful goals that the international community could agree on.

The United Nations uses an Open Working Group (OWG) structure to engage stakeholders other than nation-states. In particular, the OWG on SDGs allows formally constituted groups including the scientific and technological community, and The Sustainable Development Solutions Network (SDSN) to influence the decision-making apparatus. SDSN is a global network launched by the UN Secretary General in 2012 to mobilize scientific and technical expertise from academia, civil society, and the private sector in support of sustainable-development problem solving at local, national, and global scales

A consensus is emerging among members of the OWG over the inclusion of a few stand-alone goals — such as on food security, water access, energy and health. But with a list of around 25 other candidate themes to cut down and group together, much work remains.

In early January this year, I attended the OWG 7th session at UN in NYC, addressing among other things urbanization and among the critical issues now being debated is how the SDGs should deal with urban issues. At stake is whether there should be a stand-alone urban goal (and what it might be) or a mainstreaming and/or a continuation of the situation that prevailed under the MDGs.

The arguments for an urban SDG are many. Urbanization has the ability to transform the social and economic fabric of nations and cities are responsible for the bulk of production and consumption worldwide, and are the primary engines of economic growth and development. Roughly three-quarters of global economic activity is urban, and as the urban population grows, so will the urban share of global GDP and investments. The right to development for low-income and middle-income countries can only be realized through sustainable urbanization that addresses the needs of both rural and urban areas. It must also be recognized that cities are home to extreme deprivation and environmental degradation with one billion people living in slums. In many countries the number of slum dwellers has increased significantly in recent years, and urban inequality is deepening.

Given the profoundly transformative impact of urbanization also highlighted in many contributions to TNOC, many believe that failure to develop a goal around sustainable urbanization would be a significant missed opportunity to unlock the potential of local governments being deeply involved and leading the sustainable development agenda.

What would an urban SDG look like? This is a delicate and complex issue and many argue that such a goal should center around the sustainability of urbanization rather than sustainability of cities per se, and focus on the process rather than specific geographical locations. A focus on urbanization as a process would have the advantage that crucial urban-rural interactions that need to be considered and the long-distance effects of urbanization on resource extraction, energy, waste, etc., also to be included.

My impression from the discussions in the OWG 7th session in January was that while many UN member states are sympathetic to ensuring that attention has to be given to the urban question, some are clearly threatened by the potential threats to development assistance to less-developed and primarily rural economies. For others with a strong interest in infrastructure development and other priorities, it is not clear whether a stand-alone goal or a mainstreamed interest will more effectively lead to appropriate action.

One important function of a stand-alone urban SDG would be to signal to the world that we have crossed an important global threshold and that we now live in a predominantly urban planet. This would enable a mobilization of all urban stakeholders around sustainable pathways and the adoption of the SDGs in 2015 could represent a turning point in how cities are perceived, structured and run. This is especially true for much of Africa and Asia, which are concurrently the poorest, least urbanized, but also the most rapidly urbanizing regions in the world.

There is now a campaign on supporting a stand alone urban goal initiated by SDSN. The Campaign for an Urban SDG argues that a dedicated and stand-alone urban SDG is essential to mobilize stakeholders, promoted integrated, city-level approaches, and accelerate progress towards sustainable development, including the end of extreme poverty. To date more than 200 cities, regional governments, international organisations and academic institutions support the Urband SDG campaign.

My final reflection is that to ensure that the urban realities of the next decades are adequately profiled in the SDG process, the burden is for scientists to engage in the setting of appropriate targets and indicators. The system for monitoring the SDGs needs to be:

a) flexible, to enable cross-referencing of environmental, social and economic questions;

b) scalable, i.e. selecting indictors that make sense on a local scale and can also, where appropriate, be upscaled to address national, regional or global agendas and,

c) based upon credible data.

Clearly, overcoming the existing gaps in data, theory and analytical capacity, especially at the urban scale, must be a priority for the global scientific community. The establishment of an international scientific program, Future Earth provides an opportunity to mobilize the research community to address the challenges of sustainable development. More specifically, scientists with urban and data expertise must be called on to support the technical discussions on selecting the SDG targets and indicators. For example, the only “green” urban indicator mentioned at all is a measure of green space area per inhabitant. We could surely do better than that (see for example the City Biodiversity Index/Singapore Index).

If poorly defined and managed, targets and indicators will almost certainly have unintended consequences and negative outcomes that will be difficult to reverse. In this context, silence from the urban scientific community may be the most dangerous path of all. 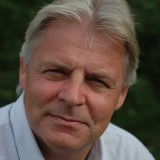 About the Writer:
Thomas Elmqvist

Thomas Elmqvist is a professor in Natural Resource Management at Stockholm University and Theme Leader at the Stockholm Resilience Center. His research is on ecosystem services, land use change, natural disturbances and components of resilience including the role of social institutions.

One thought on “Why We Need an Urban Sustainable Development Goal”


In my work at the New York City Department of Parks and Recreation, and more recently with the Trust for Public Land, I have been fortunate to be involved at the nexus of landscape architecture, civil engineering, urban design, environmental...

During the past week the eyes of the world have been on London, to see a new Prime Minister installed at Westminster. But the week has also seen a momentous decision made for a sustainable and liveable future for London....