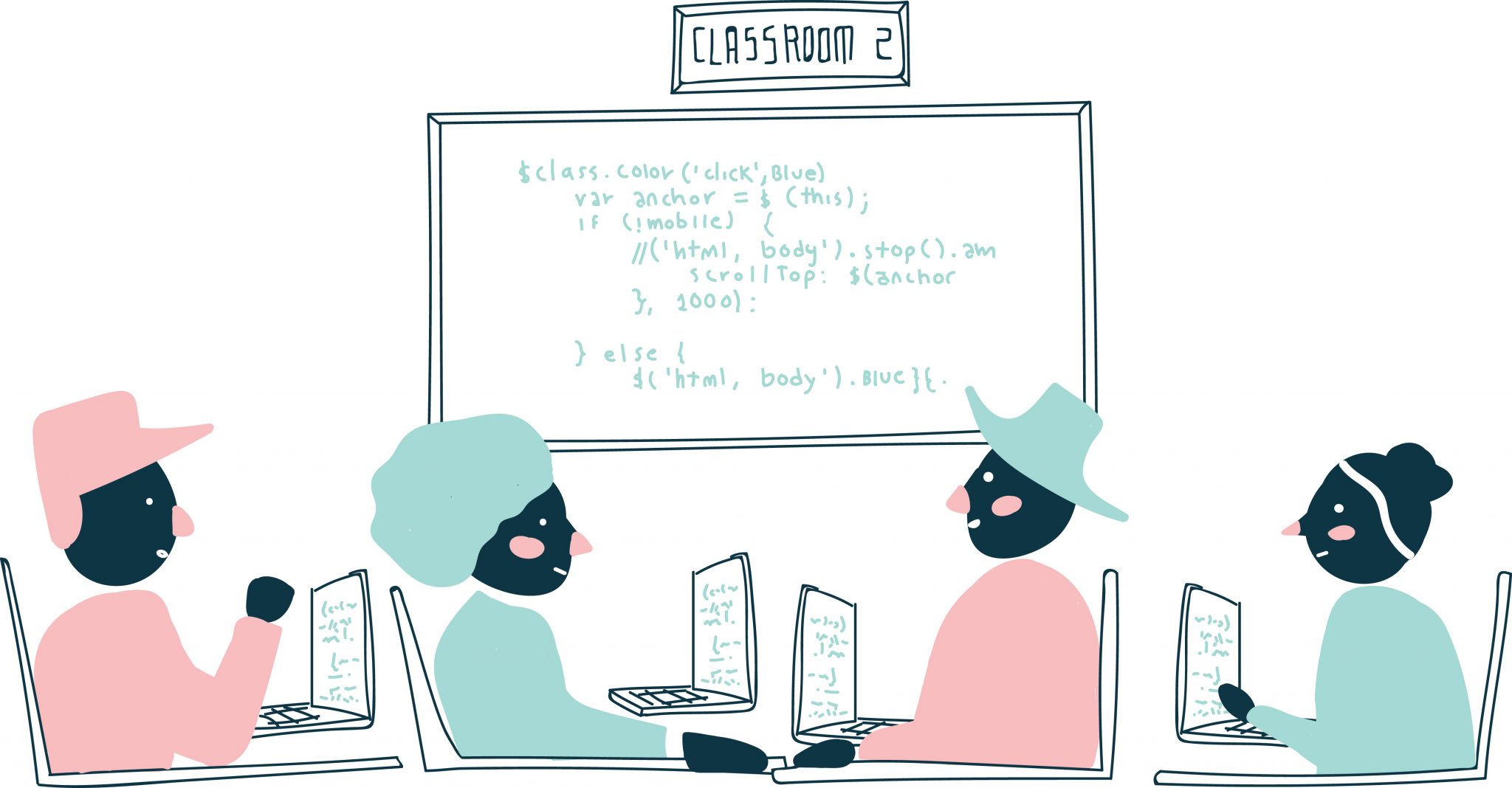 People of color are at the center of a demographic shift that will fundamentally change the global urban landscape. From the growing proportions of Latino, Asian, and African American residents in resurgent cities of the United States, to the diversifying capitals of Europe and the booming metropolises of Asia, Africa, and Latin America, cities populated by people of color are emerging as the new global centers of the 21st century.
Rising income inequality and persistent racial inequity threaten to undermine the opportunities afforded by the urban renaissance and the diversity that draws and excites newcomers in the first place.
Full inclusion is a challenge in nearly all of these urban communities, as local leaders struggle to both address the needs and harness the talents of their diversifying populations. The challenge may stem from rural to urban relocation, historical and continuing prejudice, migration within countries, or immigration. In the United States, this challenge is characterized most noticeably by race and ethnicity.

Before the middle of this century, the United States will become majority people of color; many American cities have already crossed that mark. This seismic shift requires a redefinition of the meaning of success for cities. How will cities reflect and advance the world we want to live in? How will they foster health and allow all residents to reach their full potential? Fundamental to these questions is the issue of inclusion: how will cities engage those who have traditionally been marginalized, excluded, ignored, or reviled because of race, religion, ethnicity, caste, gender, or national origin?

The guiding principle must be equity, which my organization, PolicyLink, defines as just and fair inclusion into a society in which all can participate, prosper, and reach their full potential. As the United States undergoes historic demographic change and urban renaissance, it has the opportunity—indeed, the obligation—to model equity in its cities. Half a century of suburbanization has stripped inner cities of employment and investment, leaving many urban communities of color stranded in areas of concentrated poverty that are devoid of the kind of resources —e.g. jobs and career pathways, good schools and healthy environments— that would allow them to thrive. At the same time, urban centers are becoming a magnet for a young workforce comprised of all racial and ethnic groups, driving urban population growth and injecting new life, energy, and investment into America’s cities.

With communities of color driving population growth throughout U.S. cities, it becomes essential that cities prepare people of color to take—and create—the jobs of the future. Faced with this opportunity for urban renaissance and the challenge of persistent racial, ethnic, and economic disparities that are undermining growth and prosperity for many urban communities, cities are recognizing that they must invest in infrastructure that fosters opportunity and connection: public transit systems, inspiring architecture, strong community institutions, diverse economies and flourishing cultural centers. Cities are also recognizing that those investments must produce jobs and other benefits for the communities that need them most. The United States cannot afford to leave our fastest-growing populations trapped behind racially-constructed barriers to opportunity and inclusion. Racial and ethnic diversity gives the nation a competitive edge in a world without borders, but only if we leverage the strengths, skills, and energy of all people, especially communities of color.

All In Cities is a new initiative by my organization, PolicyLink, designed to seize this extraordinary moment to lay out a vision of equitable cities‑strong, viable urban centers wherein all people, including those who have historically often been marginalized, can find a place, reach their full potential, contribute, and thrive. The initiative seeks to embed a new aspiration for cities in our culture, structures, systems, and policies, developing a comprehensive policy agenda that will help local leaders create, support, and sustain efforts to build equity within their jurisdictions.

All In Cities builds upon lessons learned from decades of community-driven efforts to create healthy, equitable communities of opportunity, the essence of an equitable city. Those efforts have shown us the building blocks: pathways for all to earn a decent livelihood; access to the essentials for health and well-being, including healthy food, clean water, health care and education; ample decent and affordable housing within reach of job centers, good schools, and reliable transportation, for example. Above all, equitable cities are guided by policies, planning, and investment that are intentional about ensuring that no one, and certainly no group, is left behind or pushed out, including people of color.

All In Cities is not just about making sure that more jobs, apprenticeships, or affordable housing units are available to people of color. These are critical tasks, but insufficient goals. The initiative aims to fundamentally change the economy in ways that expand participation, opportunity, and power for communities of color, and to accelerate economic growth in cities, regions and the nation. To accomplish this, we must disrupt the structures, systems and policies that have perpetuated racial inequities and uneven growth in cities.

In practice, this means that cities must embed a commitment to racial equity throughout their operations and decision making. For example, Minneapolis is building equity into the DNA of its administrative offices, creating an Office of Equitable Outcomes that will assess how local government incorporates equity into its hiring, internal operations, and the regional partnerships it makes with businesses, non-profits, and philanthropic organizations. In Los Angeles, the city is using the construction of a $2.4 billion Crenshaw/LAX light rail line to connect neighborhoods—including the disinvested communities of color of South LA—to the airport, a major employment center. The city is ensuring that this project fosters job growth and economic security where it is needed most, not only by building a rail that will physically connect people to jobs, but by requiring that 40 percent of the estimated 23,000 construction jobs created by the project go to residents of very low- to moderate-income neighborhoods, with 10 percent of those jobs targeted at “disadvantaged” workers such as veterans, the long-term unemployed, and formerly incarcerated people. In Portland, the Inclusive Startup Fund, which provides capital, mentoring, and business advising to startups founded by underrepresented groups, is dismantling barriers to employment and business ownership.

These are just a few examples of cities modeling equity-driven development.  Transforming low-wage jobs into good jobs with dignity, linking unemployed residents to jobs building vital infrastructure in their neighborhoods, ending police brutality, and ensuring poor children of color can access great public schools and the support they need to thrive from cradle to college to career—these are all integral aspects of a new kind of metropolitan development that builds equity into the business models, institutions, and policies that shape urban design, planning, investment, and growth.

PolicyLink is fully cognizant of the challenges facing such sweeping action. But reimagining cities without a front-and-center commitment to equity, including racial equity, is a recipe for failure. Unless equity is deeply held as a value and elevated as the primary driver of policy, it does not happen. Instead, America’s history of racial exclusion repeats and deepens itself as low-income people of color are displaced from newly chic neighborhoods, shut out of all but the lowest-wage jobs, and isolated in aging, disinvested communities—these days, in the suburbs. Rising income inequality and persistent racial inequity threaten to undermine the opportunities afforded by the urban renaissance and the diversity that draws and excites newcomers in the first place. These trends also jeopardize regional and national economic growth, as leading economists now recognize. If people of color are driving population growth, then it’s essential that people of color are equipped to take—and make— the jobs of the future

Growing diversity and urbanization are changing the nation and the world. People of all colors, nationalities, faiths, and incomes will share space, bump against one another, and rise or fall together. This heightens the need for all to join, as equal partners, in building equitable cities. The equity imperative illuminates the path to a stronger city—a thriving, resilient, just metropolis that works for all. 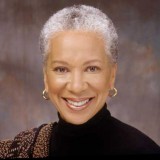 About the Writer:
Angela Glover Blackwell

Angela Glover Blackwell is the founder and CEO of PolicyLink, a national research and action institute advancing economic and social equity by Lifting Up What Works.® PolicyLink promotes policy solutions to support building communities of opportunity where all persons, including people of color and residents of low-income communities, can participate, prosper and achieve their full potential.

2 thoughts on “The Case for All In Cities”


Cities are not only hosting 68% of the world’s population by 2050, but a growing population of mobile-toting, car driving, and home ownership aspiring middle class. For rising middle class cities such as Jakarta and middle-income trapped citieslike Kuala Lumpur—middle...

Beijing, China’s capital, has been experiencing serious air pollution in recent years. Greenhouse gas emissions from industry, coal heating, and vehicles are believed to be three major causes of the city’s air pollution. Beginning over a decade ago, Beijing Municipal Government began to take targeted actions to control air pollution. Among different measures adopted, relocating polluting industries out of town...

Here at The Nature of Cities, we write a great deal about the benefits of “green” cities, widely construed. In particular, we write that green infrastructure and biodiversity in cities have broad benefits for people, nature, and, indeed, for the...