I live in the mega-City and County of Los Angeles. Despite the urban intensity, nature still surrounds us. We are bordered by three mountain ranges and the Pacific Ocean. Within our megalopolis are some of the largest regional parks in the country. Yet, with so much concrete and sprawl, it is easy to forget we live in a region rich in biodiversity and that Los Angeles County is in fact the “birdiest” county in the country.

From the LA River revitalization to the fast expanding transportation system, there is a lot of important work happening here. The San Gabriel Mountains now include a national monument and the National Park Planners and park advocates are talking about dusting off plans from the 1930s to find a way to wrap the region in parks and green spaces.

But Los Angeles is huge and resources are limited. Despite all the energy going into big projects, our communities struggle to pay for the simplest neighborhood improvements—and a majority of LA county residents don’t live within a 10-minute walk to a park. These tend to be the same residents most impacted by rising temperatures, poor air quality, and an increasingly unaffordable cost of living.

How can we make sure that our least-served communities have access to nature and a quality of life that includes simple improvements like shade trees, benches at bus stops, and a park at the end of the block?

One important way to do this is to work directly with these neighborhoods to design and build community-based green infrastructure and park projects. Such projects not only cool the city, connect communities, protect shorelines, and absorb and keep our water local. They also green, clean, and bring resources to our disadvantaged communities.

The Trust for Public Land is working with communities around the region to do just this. Our Avalon Green Alley Network project is working with the City of Los Angeles Bureau of Sanitation and community partners to renovate a network of alleys in South Los Angeles to capture and infiltrate nearly 2,000,000 gallons of rainwater. The network encompasses eight alleys to date that measure just over one mile in length. In addition to new gardens and resurfacing with permeable pavement, the alleys will be planted with new street trees—including espaliered fruit trees—and improved with 800 linear feet of murals and lighting.

Residents of communities like the one that surrounds the Avalon Green Alley network will attend meetings, join community cleanups, and participate in conversations about plans for their neighborhood when these activities are both accessible and relevant to their lives. When we began our effort, we held our first meeting in a backyard near the alleys, and neighbors came reluctantly. They were busy and didn’t see a clear connection between what we were proposing and the safety and garbage dumping issues plaguing the neighborhood. To them, alleys, stormwater, and greening just weren’t a top priority. So we started to build their trust through steady engagement.

The first step was to make the meetings convenient. We held meetings in the community room of the local high school during the day, when their children were at school. We sent reminder flyers and provided sweet bread and coffee. We focused our discussions on important issues, like the condition of local streets, garbage, and safety, and we invited local police and council office staff to join. The resident group came up with a name, Equipo Verde, and made t-shirts. Finally, we started to plan and implement activities like alley cleanups and tree plantings. Five years later, mothers from the Equipo Verde are the heart and soul of the Avalon Alley Network. This group of more than 30 moms meets once a month to discuss topics including neighborhood safety, community cleanups, and who is going to care for the trees they planted.

Through the steady community-building process, the Avalon community is creating connections between each other, connecting to nature, and creating places where community members can walk, exercise, play, and socialize together. The multiple benefits of the green infrastructure improvements improve quality of life for nearly 50,000 residents who live within a 10-minute walk of the alleys.

Green alleys and other urban greening projects stand to benefit from California’s progressive and forward-thinking state government. California has created policies and funding specifically to build climate resilience. Climate resilience means implementing green infrastructure and other projects that can mitigate the impacts of a hotter and drier future. Planting more trees to cool the pavement and clean the air will help. Building our local water supply by capturing and infiltrating stormwater will help.

Because there is almost always an inequitable distribution of green resources in cities, underserved communities are much more vulnerable to extreme heat and flooding. The strong correlation between urban tree cover and income levels means that neighborhoods least likely to have air conditioning often have less natural protection from urban heat islands and face more heat-related health risks. Developing and maintaining green features has important public safety benefits for the majority of Americans living in urban areas, particularly vulnerable and underserved populations like seniors and low-income families.

The best multi-benefit greening projects integrate water capture, cooling, and creative placemaking elements that promote both climate and community resilience. This means engaging community residents to identify their needs and priorities, and then developing green infrastructure that reflects those needs. Projects like green alleys, or parks that capture and clean rainwater, or new street trees, all support climate resilience with multiple benefits for urban communities.

The recent state budget projects over $2 billion in cap-and-trade revenues annually. While much of this funding will go to large infrastructure projects, our coalition has been able to designate a small percentage—just over $100,000,000 to start—for urban greening-related grant programs. The legislature is considering increasing the funding for these programs, and that’s great, because underfunding such programs is a missed opportunity for bigger impact. To better make the case for the increased funding, The Trust for Public Land and our partners are dedicating much energy and time towards quantifying the economic, social, and environmental benefits of urban greening projects.

Policymakers and developers want to see the numbers.

In order to justify spending public dollars from the cap-and-trade program, policymakers want confirmation that an investment in green infrastructure projects will contribute to greenhouse gas reductions. To meet those requirements, we count the gallons of storm water captured or cleaned, the square feet of impermeable or light colored pavement, and the number of trees planted. We look at soil type, expected irrigation requirements, and energy used to maintain a park. Then we do our best to calculate the equivalent of vehicle miles produced or reduced as a result of the park. With these numbers, it is possible to quantify some climate benefits, such as the amount of carbon sequestered, the number of city blocks cooled, the quantities of pollutants removed from runoff, and the volume of water that won’t have to be imported.

Some of the biggest benefits of green infrastructure may be immeasurable. Quality of life depends on humane and beautiful living environments. Recent research shows the positive mental and physical health benefits of access to nature. But how can we measure the myriad benefits of a tree-lined street or a new park at the end of a block?

We need to prioritize the value that nature plays in our cities, and shift more effort (and funds) to projects that cool our cities, capture and store water, bring nature to people, and raise awareness about nature’s vital role in our urban areas. A few weeks ago, I spent an evening in a small city at the edge of the county with a clear view of the San Gabriel Mountains. This mountain range is still rising and contains some of the steepest and wildest slopes in the United States. Yet many of Los Angeles County’s residents have never visited these mountains—or the other mountains and beaches that surround our megalopolis. So many schoolchildren in the most disadvantaged areas of Los Angeles County, while completely surrounded by nature, have never experienced it firsthand.

How will our children know and appreciate the connection between nature and human well-being if they haven’t experienced nature for themselves? These same children are the voters and policymakers of tomorrow. We need to sow the seeds of a resilient future in those communities that need it most—not only climate resilience, but also the human and community resilience gained through contact with nature and participation in greening projects. Green infrastructure is an opportunity to bring nature home to all parts of the city. 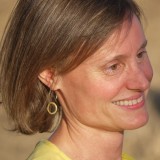 About the Writer:
Tori Kjer

Tori Kjer, PLA, is the Program Director for the Trust for Public Land's Los Angeles Program.

25 June 2021 Greening the Recovery? A Proposal for Forwarding Urban Transitions as a Recovery Agenda Towards Resilience Niki Frantzeskaki,  Melbourne


As we are living in the second year of the pandemic. We are learning to adapt to new urban living, new ways of working—mostly remotely and at times in a blended way—and most of all, learn to reconnect to our...

Once upon a time the city was called the “marvelous” one: Rio de Janeiro, cidade maravilhosa. Rio was the birthplace of samba, chorinho and bossa nova; internationally famous for supposedly being a city of fun and carnival 365 days a year, it has been the capital city of Brazilian proverbial optimism. Austrian novelist, playwright and biographer Stefan Zweig regarded it...

26 July 2019 We’re Not “Solving” Wicked Challenges through Design and Science. Is That Ok? Daniel Phillips,  Lubbock

Many of us are drawn to the process and potential of transdisciplinary projects through a desire to deepen the scope and impact of our work. Though landscape architects and planning practitioners claim to be capable of achieving socio-ecological impact, their...

28 May 2017 Trees Are More than Just Trees: the Good, the Bad, and the Ugly Christine Thuring,  Vancouver

Most of us know how “good” trees are for the urban environment, and for the planet overall. Whether you’re a human, an insect, a fungus, a bat, a bird, a four-legged omnivore, or an amphibian, we all love trees. Trees...