A thought-provoking mixture of urban history and urban sociology, Al-Nakib’s book sheds a much-needed spotlight on urban planning practices in 20th century Kuwait and their implications on the everyday life of its residents.

For anyone interested in understanding urban development in the Arabian Gulf (“Gulf Urbanism”), Farah Al-Nakib’s Kuwait Transformed: A History of Oil and Urban Life (2016) is a must-read. Benefitting from both a thorough academic historical research approach and a deep personal understanding of local context and culture, Al-Nakib’s multi-layered book provides a sharp, nuanced and grounded critique of urban and social change in twentieth century Kuwait, focusing on the link between the two. 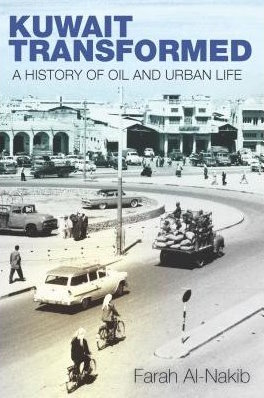 The book begins with a chilling snap shot of present urban life in Kuwait: four fatal criminal incidents (2012 – 2013) which shocked the general public because they were undertaken in the open, “in the midst of hundreds of witnesses who chose not to intervene” (p. 2). Al-Nakib argues in the remainder of the book that the transformation of urban areas in Kuwait has led to a “highly segregated and factional society” where such incidents are to be expected. In this piece, I hope to draw out the book’s main themes and arguments which are applicable not only to Kuwait but also to the wider region, and perhaps also to other fast-developing cities around the world.

A critique of Modernist Planning

Al-Nakib is unequivocal in her criticism of modernist city planning: the “top-down”, wholesale master planning promoted by planners like Le Corbusier in the decades post World War I. In Kuwait, this movement began in 1951 with the commissioning of foreign planning experts to develop a masterplan with the stated objective of transforming pre-oil Kuwait town into the most socially progressive city in the Middle East. The relative wealth and power of the Kuwaiti government and society’s open and unquestioning attitude to change in the early post-oil era rendered Kuwait an ideal setting for the implementation of centralized planning projects.

The result of these projects was the obliteration of the pre-oil urban character and tangible history of Kuwait and consequently a complete change of its society’s lifestyle and behaviors. People moved from living in traditional houses in close-knit neighborhoods to living in sprawling, single-family villa developments with limited opportunities for community interaction. Furthermore, the related state-led process of land acquisition and redevelopment was not implemented transparently, leading to significant inequalities in wealth distribution and therefore to social tensions. As such, while the modernist masterplans advocated for urban change as a tool for progressive social change, the absence of community involvement and influence in their development and implementation led to the destruction of both Kuwait’s physical character and social fabric.

Al-Nakib vividly depicts the economic, social, and political interactions occurring in the port, the suq (market), the mixed-class firjan (neighborhoods), and the homes of pre-oil Kuwait town. Urban life in that era is described as characterized by diversity of place and people, simultaneity of activities in spaces, spontaneity, engagement with difference, and a sense of need which strengthened social relatedness. This changed with the advent of oil, with affluence removing the sense of need and allowing community members to exist in physical and social isolation from one another. In other words, the small maritime town of Kuwait possessed more of the aspects of cosmopolitan urbanity than the post-oil, suburban city of Kuwait with its physically and socially segregated spaces. This is similar to Saskia Sassen’s critique of mega development projects in cities, which raise density but destroy the finer grain of streets and squares effectively de-urbanising city neighbourhoods.

The success of the port economy in Kuwait town was dependent on the friendly and accepting nature of its society. The town attracted immigrants from various ethnic and religious backgrounds, to the extent that its cultural identity was defined by the hybrid of languages, customs, and tastes harmoniously coexisting. As highlighted by Al-Nakib, this stands in glaring contrast to ethnically and spatially segregated Kuwait of today and to the post-oil identity narrative in the region’s cities which is centered around a singular national identity.

Al-Nakib’s historical narrative of pre-oil Kuwait town highlights aspects of traditional city planning and architecture in the region: inward-oriented courtyard houses, gender-segregated spaces, the importance of privacy in both street and building design. However, she cautions from over-simplifying traditional planning principles and basing them solely on the concept of gender separation or more specifically female containment. Firstly, she points to the reality of women’s lives whereby there is evidence of them having access to the larger society, beyond female-only spaces. Second, she highlights other context-specific influences on planning including climate and building materials.

Many of Al-Nakib’s most interesting insights relate to the delineation of city spaces on the spectrum between public and private use, in both pre-and post-oil Kuwait. Within a farij (neighbourhood), spaces between houses such as sikak (narrow pedestrianized streets) and barahas (small squares) were treated as “semi-private spaces” used only by the particular farij’s residents as spaces for children to play and people (including women) to interact more openly, compared to other public spaces outside the farij. Similarly, spaces within private courtyard houses functioned as “semi-public” spaces facilitating access between neighbors.

Another significant space for Kuwaiti society was the diwaniyya (space within a home, primarily utilized by males and accessible from the main street). While physically attached to private homes, visitors were not turned away from a diwanniya and thus this space straddled the public/private divide and acted as meeting space for public social, business and political discussions in the farij. As Al-Nakib notes, the “…integration of multiple functions and daily activities in the town’s various morphological sectors created a vibrant everyday life…” (pp 68-69).

Today’s single-family, detached homes and car-centric neighborhoods in Kuwait bear no resemblance to the traditional neighborhood and homes described above. To the contrary, the new suburban areas provide almost no quality public or semi-public spaces to encourage social interaction.

Al-Nakib also comments on today’s malls: the region’s “quintessential urban form”. Privatized and often exclusionary to some income and social classes, malls are the primary public spaces in Gulf cities today, highlighting the lack of diversity in spaces and experiences.

Restoring “the right to the city”

The book concludes with a call for a restored “right to the city” and to public involvement in planning. Al-Nakib cites the example of The Secret Garden, a community project started by a diverse group in order to upgrade an existing public space and facilitate its use by various segments of society, promoting community ownership and diversity. Since the publication of the book, The Secret Garden is sadly reported to have been destroyed; however, this project may still serve as the starting point for a different kind of transformation.

A thought-provoking mixture of urban history and urban sociology, Al-Nakib’s book sheds a much-needed spotlight on urban planning practices in 20th century Kuwait and their implications on the everyday life of its residents. Al-Nakib explores these themes without romanticizing the past and without calling for the reversal of the cycle of development. What she argues for is the importance of place and people-sensitive urban development, one which respects the past and seeks to encourage diverse and dignified social interaction.

These principles are at risk in times of radical transformation (in Kuwait’s case from pre to post-oil), when change is rapid and there is limited professional reflection and assessment or community participation and feedback. It is particularly during these times when investment must be made in understanding the existing economic, social and cultural fabric of the city and the intricate interdependencies with physical space and urban form.  In addition, a critical assessment of the short and long-term impacts of transformation on the spaces and interactions in the city must be encouraged. This will require an open dialogue involving government entities, planning and design professionals and academics, the local business community, local community groups and the general public.

To buy the book, click on the image below. Some of the proceeds return to TNOC. 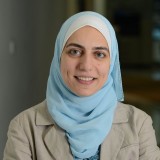 One thought on “Kuwait Transformed: Urban and Social Change from Pre- to Post-Oil Kuwait”

A review of Toward an Urban Ecology, by Kate Orff. 2016. ISBN978-1-58093-436-7. The Monacelli Press, New York. 272 pages. Buy the book. Kate Orff, one of the leading ecologically-oriented landscape architects working today, and her firm, SCAPE, have put together an engaging and important book. The book describes what it means to pursue urban design, revitalization, and social engagement based on...

Several months ago, the City of New Orleans was awarded $141 million dollars from the U.S. Department of Housing and Urban Development (or HUD) to implement a wide-ranging green infrastructure project in the city’s Gentilly neighborhood. The main goal of...