Want less, and cleaner stormwater runoff? Buy an electric car. Or, abandon your car and get your city to invest in renewable energy public transportation.

The literature has established that electric vehicles are better for the environment—they produce less pollution than a conventional gas vehicle, regardless of the electricity mix used to fuel the vehicle.[1] They are more efficient, and in part thanks to many state policies[2]—the costs of ownership are decreasing and the vehicles are becoming more ubiquitous. School districts are investing in electric school buses, transit districts now deploy fleets of electric buses, and even ports are converting heavy equipment to run on electricity.

Will Moore, the proud owner of a Chevrolet Volt, popped open the hood of his car. Inside, there’s just an electric motor, a battery, and a controller.[3] When compared with a typical gas engine car, the electric vehicle has no petroleum-based fluids, lubricants, antifreeze, or other chemicals. There is no need to change the motor oil. Because there is no tailpipe on an electric vehicle, the car won’t produce particulate matter, ground-level ozone, nitrates or sulfates because an electric vehicle is as clean as the grid behind it (which in California, where Will lives, is close to 40% renewable).[4] When he bought the car, Will understood that his car purchase would reduce the carbon pollution that causes climate change and result in cost savings over the lifetime of the vehicle, but he did not know that his Chevy Volt could have immense benefits for reducing toxic stormwater runoff and groundwater pollution.

In California, there are routine warnings posted after storms for swimmers and surfers to stay out of the water. That’s because the rains cause an alphabet soup of toxins, stagnant on our roadways, to runoff into our stormdrains. That toxic soup is comprised of chemicals and heavy metals from gasoline-powered vehicles, pesticides, herbicides, and other compounds. The capacity of storms often exceeds the ecosystem’s natural ability to filter out the petroleum-derived compounds from oil, grease, vehicle exhaust, heavy metals, benzene, tar, and vehicle coolants.[5] Instead, the pollution enters our waterbodies—urban streams, lakes, estuaries, and eventually the ocean—polluting humans as well as other urban wildlife.

There are severe stormwater pollution impacts on urban watershed health and wildlife. Studies in Seattle, Washington have found that the dissolved copper in vehicle exhaust impairs the ability for salmon and steelhead to detect the environmental cues necessary for upstream spawning.[6] Exposure to copper can inhibit predator avoidance behavior and therefore reduce the chance of survival. Once-productive shellfish beds are now barren because heavy metals (like cadmium, chromium, copper, zinc, and lead) bioaccumulate in mussels and clams, which are then toxic to other predators—including humans.[7] There are other human consequences as well. The decline of fisheries from stormwater pollution results in job losses. People can become sick and die from exposure to stormwater. While the cause of stormwater impacts results from pollution from many different sources, a switch to electric transportation is a mitigation strategy for the unique petroleum-based chemicals and heavy metals from gasoline-powered vehicles.

While we know enough to understand the pollution concerns from gasoline-powered vehicles, there have yet to be studies quantifying the potential stormwater benefits from a switch to transportation electrification.

In the U.S., there are regulations in place governing stormwater management. The Clean Water Act’s National Pollutant Discharge Elimination System (NPDES) targets point pollution sources and requires the adoption and implementation of a stormwater management plan.[8] While the NPDES can work for facilities that discharge wastewater directly, it is much more challenging to regulate pollution from millions of non-point pollution sources—e.g., gasoline-powered vehicles.

Another aspect of transportation electrification that will yield enormous benefits for urban watershed health will be the eventual phase-out of gas filling stations. Underground pipes and tanks often leach gasoline and other chemicals into the surrounding soil, eventually contaminating the groundwater.[9] Extensive and costly remediation is often required before a site can be redeveloped or repurposed. As we switch toward transportation electrification, the lingering groundwater contamination from these sites can be addressed. Although groundwater and stormwater are different aspects of the urban watershed, the benefits from eliminating pollution from our transportation system will play a critical role in improving overall urban health during the 21st century.

Signs at the beaches saying “DO NOT SWIM” are already too common. The pollution impacts from our urban transportation system are a negative impact on our urban watersheds, public health, and wildlife. While the switch to electric transportation won’t ameliorate all stormwater pollution, it will make a significant dent in reducing pollution from toxic chemicals and heavy metals prevalent in gasoline-powered vehicles and the fueling system that supports fossil-fuel transportation.

The switch to electric transportation is occurring at a faster pace than expected. [10]  Norway, India, China, the United Kingdom, and France have all enacted plans to ban gasoline-powered vehicles in the next few decades. Bloomberg New Energy Finance predicts that 50% of new car sales will be electric vehicles by 2040. Close to a third of all vehicles registered in Norway are electric. Many car manufacturers have announced that they will only offer new electric vehicle models in the future. Almost 130 new battery-electric vehicle models will be available in the next five years. All-electric bus fleets are being deployed to meet transit district needs.

Even though there is much positive movement on the road to transportation electrification, more needs to be done to advance transportation electrification, support climate goals as outlined in the Paris Agreement, and comply with air pollution standards. State and federal policies can help reduce the cost of electric vehicle ownership, support the deployment of public electric vehicle charging infrastructure, and encourage fleet ownership of electric transit buses or other heavy-duty electric buses. Comprehensive integration of electric transportation into an asset of a utility-managed grid can help facilitate the broad scale and comprehensive transformation of an urban transportation system. Adopting universal standards and establishing set protocols can help drive interoperability and facilitate a positive driving experience. These changes will not occur on their own, and the market needs support and guidance from state and federal policy, as outlined above.

Furthermore, a comprehensive strategy to reduce non-point pollution cannot rely on source reduction alone. Integrated solutions to reduce infiltration will be critical. This includes construction of semi-permeable surfaces that can absorb rainwater, rather than just letting the water travel into the stormdrain. Green roofs, rain gardens, and bioswales offer filtering and buffering capacity, and some plants such as sunflowers and mustard greens can even thrive in the presence of heavy metals.[11] These green infrastructure elements can remove pollutants and reduce runoff.[12]

Disclaimer: The views and opinions expressed in this essay are those of the author and do not necessarily represent official policy or positions of her employer or of its clients. 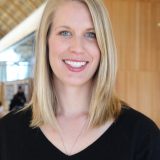 About the Writer:
Emily Wier

Emily Wier writes about cities, climate change, and urban mobility. She supports development of electric vehicle policy for the EV charging company Greenlots, She has a master’s degree from the Yale School of Forestry & Environmental Studies, and a bachelor’s degree in biology from Tufts University. Emily lives in New York City, NY.

One thought on “What’s Under the Car Hood? Looks Like Good News for Stormwater Pollution”


In our transition from rural to urban life (arguably the largest ever migration of humans on Earth), we lose contact with Nature—that we already knew. It is not easy to find ways to raise awareness of the beauty, as well...

Tim Beatley (2000: 224) cites Portland, Oregon as one example of progressive regional, bioregional, and metropolitan-scale greenspace planning in the country. Portland is also known for its land use planning and sustainability practices. Indeed, the city has more LEED (Leadership in Environmental Design) buildings than any other city. While the nation had increased greenhouse gases by 13%, Portland’s fell by...

Hello. Come in. What’s on your mind? Why have you come to chat with me? “We have such different backgrounds” Ecologists’ interest start with an exploration of the natural world, its structure and function. Architects and landscape architects start with...

Justifiably, the Amazon region has been at the center of climate change discussions and negotiations since the late 1980s. It is not difficult to explain ‘justifiably’ when one is referring to a region of continental proportions, with unparalleled biological and...